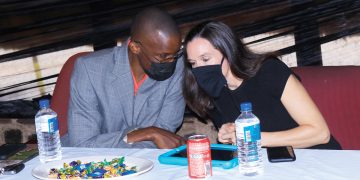 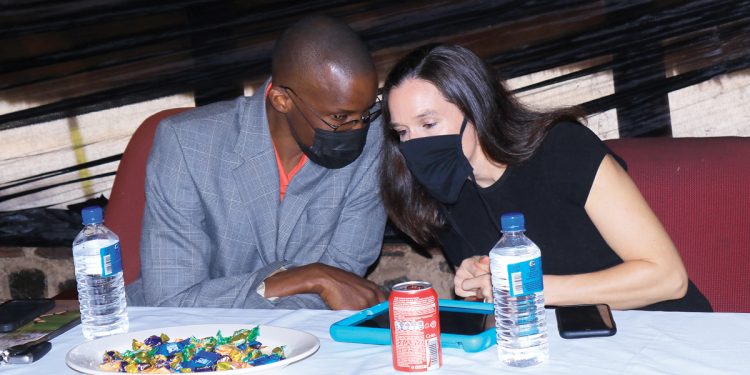 The Thabas in massive campaign to build happy homes

In their effort to contribute to building healthy families in Botswana, The Healthy Families Foundation founders Percy Thaba and Ashley Thaba are hosting a 13-day family building campaign in Serowe since Monday.

Speaking during an interview, the foundation co- founder Ashley Thaba saidthe idea is that, at the end of the 13-day campaign they will have trained 1000 people on how to have stronger and healthier relationships.

“We want to create new norm that families don’t have to be a place where there is violence, anger and depression, we want to teach people the tips to have families where there is love, there is joy and there is peace,” she said.

“After we are gone we expect people to continue to train as many people as possible,” she added.

She indicated that each day they will teach and train hundred (100) leaders on different topics that include, unmet expectations, communication, preparing for marriage, his needs, her needs, love language, gender based violence, children, conflict resolution, spirituality, finances, in-laws, Affair proving your marriage, and substance abuse, from their workbook title ‘Talking with the Thabas.’

“The idea is that every single morning we train 100 leaders on different topic and these 100 leaders will go out and train groups of around10 people. The reason why we want the groups to be small is because, if you are in a big group you just listen, but if you are in a small group you are able to be engaged, and discuss the topics and come up with solutions,” she said.

Ashley Thaba further explained that the Serowe Family building campaign is the third installment, the previous being the nationwide campaign and the Rakops campagn. She said in all of these campaigns they attracted thousands of people. “I have realized that people wants to make their relationship healthy and its evident, as people have taken days off work to come here, there is more people that comes at night, and it’s a commitment, they come every day,” she said.

She also said the campaign in Serowe was made possible by the European Union in collaboration with Botswana Without Poverty Coalition (BWPC), Ministry of local government and the Office of Serowe South Member of Parliament.

She said though they will like to do more of these campaigns, however she said it takes a lot of planning and someone has to sponsor printing books and other printing costs, and venues. “We go to a place where the leaders invite us, they are willing to tell the people we are coming before we come and are willing to find a sponsor for administration cost of the campaign and other logistics,” she said

“We will go wherever people call and they have managed to find a sponsor who can help cover the books and other logistics,” she added.

She further indicated that they need more support in order to cover more villages, therefore she implored government, private sector and individuals to help with sponsorships.

For his part, Serowe Police Crime Prevention Coordinator said in an interview that the campaign is a benefit to them as it is a Gender Based Violence (GBV) related workshop. He said the issues that were discussed in the workshops are the same issues that they deal with every day at their offices.

He said the teaching had given him another perspective of how to deal with issues of gender based violence.

He applauded the residents of Serowe who had come in large numbers to get information on how they can build happy and healthy homes.

Furthermore, he encouraged those who did not take part in this campaign to take part at a later stage.

Pastor Lordwish Mothudi of Pentacostal Protestant Church in Serowe also indicated that the campaign is very important because by building a family you are building a nation. “we are building people here, family is the foundation, we all come from families, a nation is born out of a family, a church is born out of a family, the society, the community, you can think of anything we come from families,”

Pastor Mothudi who is both a facilitator and participant said during the three days that the campaign had been undergoing, it had open people’s eyes. “I am just from the class now, the excitement was so high, people are learning the things that they have never learnt, you realize that some are married and then they are discovering certain things that they went into marriage without being taught, it’s now that they are learning all this things, they are becoming a better people,” he said.

He said topic like ‘getting ready for marriage’ will help participants who have not tied the knot will teach them what to do before they get married. “You realize that some of the participants are still single, they are not married and through this campaign they are actually never going to make an error because they will get important information because this book is not only for the married, it is also for the singles,” he said.

“I am inviting people all over, wherever they are, let them come and become transformed,’ he added.

He further encouraged the participants to play their part after the training by teaching and empowering other families after completion. “They now have the information and the material, they can now go and pass this information to other people who did not get the opportunity to attend this workshop…this thing should not end with the Thabas, it should be a continue after the have left,” he said.

The 24 year old further encourage his peers to develop interest and attend campaign such as this one in order to gain knowledge before they take a new step into their lives as among the topics that were taught include ‘getting ready for marriage.