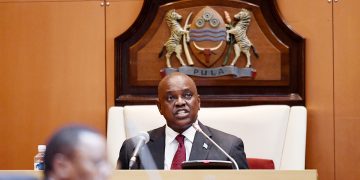 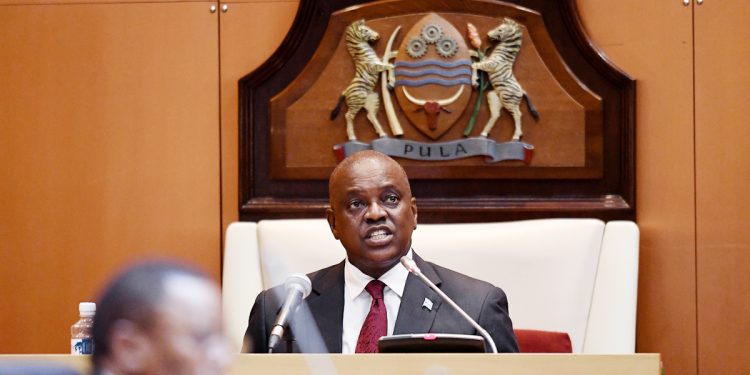 Tomorrow (Monday) all eyes will be glued on President Mokgweetsi Masisi as he steps up to the podium to update the citizenry on the status of the economy and other socio-economic components of Botswana’s democracy. Masisi best depicts a man with nine lives, a man with a knack to wiggle out of very difficult situations on his way, while steering the ship to calm waters, out of harm’s way.

The 2021 State of the Nation Address (SONA) will put Masisi to the test as the nation is besieged by socio-economic difficulties fuelled by Covid-19 pandemic that refuses to go away. It will be a litmus test for the Masisi administration over unfulfilled past promises made two years ago after the ruling Botswana Democratic Party (BDP) won the 2019 elections to ascend power. Predictably, Masisi will be in high spirits, bouyed by recent accomplishments that spurred him into a charm offensive that saw him crisscross the country on a whirlwind tour to ‘consult the nation’. Consultation that quickly morphed into kgotla meetings where Masisi donated food hampers to residents, after making more and more promises of a bright future ahead.

Having suffered attack from all fronts in the health sphere, politics and an economy teetering on the brink of collapse recently Masisi has been ticking the right boxes, safe for the blemish caused by the muddy tussle with his predecessor -Ian Khama.

By the time he retires to his seat, Masisi would have bragged some more about delivering the Masama-Mmamashia Pipeline, the Lobatse water Project and the Molepolole-Gamononyane NSCII Connection all that will see the debilitating acute water shortage that has gripped the Southern part of the country for over two decades become history. Mega-projects like Lobatse Leather park and Milk Afric, for the first, have a realistic opportunity to be brought to fruition along with hundreds of jobs they will create. Detractors will be watching in glee, looking for another piece of ammunition to load their missiles. Once again, Masisi would have parried attacks and bought some more time from an impatient nation crying for decent livelihoods and jobs.

Many will be waiting with baited breath for Masisi to unravel his much touted mindset change that he has been preaching in his whirlwind tour of the country addressing kgotla meetings. In an interview, economist Dr Mosimane Rammika said the expectation is drawn from SONA 2020 , in which Masisi promised implementation of a national transformation strategy. A steering committe, led by the late Moatlhodi Sebabole was formed to drive the initiative but nothing has been heard from them since.

Masisi has been preaching nation building and mindset whenever he got an opportunity to address gatherings. After extinguishing imaginary fireworks expected at the much hyphed Serowe meeting early this week -where many had predicted he would meet a hostile crowd, Masisi’s confidence has been boasted by crossing the hurdle without any incident. Such seemless passage has also won the hearts of many of his detractors in Serowe, thus weakening the base of his biggest rival -Ian Khama, the Bangwato paramount chief turned opposition Botswana Patriotic Front (BPF) patron.

“The expected feedback is on effective implementation. This is the first major feedback from the President. If that is not implemented it can be a public disappointment. The next feedback is on the thematic areas, agreed by Parliament: Economy and Employment; Social Upliftment Sustainable Environment and; Governance, Peace and Security. Batswana expect this feedback as it is fundamental on the general livelihoods of the average person,” said the veteran economist.

Covid19 pandemic has negatively affected lives of citizens and all productive sectors of the economy, including mining, manufacturing, the services industry and tourism. Botswana economy has been brought to its knees by Covid19 pandemic, hence recovery is critical.

Rammika said obviously, Masisi will give an overview of economic performance and outlook. This part gives Motswana a comprehensive understanding of the current and the forecasted outlook. “What is paramount is previous expectation that the economic recovery will be influenced by the Economic Recovery and Transformation Plan (ERTP). Recovery will be supported by ERTP, currently being implemented by Government. The detailed feedback on the ERTP, its major projects, current financial injections as well full progress report on the current stage will be expected,” he said.

On the exchange rate policy, Rammika explained that the downward crawl of the pula exchange rate increased from 1.51 percent with effect from May1, 2020, which has been a positive stride. He said the major purpose was to drive economic growth and employment hence feedback expected. On that note an update should be given on foreign reserve depletion, which obviously were gobbled in the fight against Covid19 pandemic.

“The level of reserves as at July 2020 was equivalent to 11.6 months of import cover of goods and services. Of the total amount of reserves, Thirteen Billion, Seven Hundred Million Pula (P13.7 billion) or 22 percent, was attributed to the Government Investment Account,” Masisi had indicated in SONA 2020.

Meanwhile, Dr Rammika said feedback is also critical on the expenditure of the injected P4 billion associated with economic relief package, youth employment and progress made by the state Parastatals such as SEZA, SPEDU and BITC with regards to economic revitalisation and jobs.

He said 2021 SONA will be basing on the progress of the key thematic areas of economy and employment, social upliftment, sustainable environment, governance peace and security too.

“While the economy has not down well and it’s still picking currently from the extreme attacks of COVID and curfews, the social obligation from the Government is still expected.  These expectations revolves around these thematic areas as promised by the Government. These may become a challenge to the President, as there is persistent youth unemployment, and corruption, which drains money from an already ailing economy. Therefore, the expectation is that the speech will address advanced progress on Economic stimulation and growth and immediate employment. It is no longer about addressing challenges through eloquent speeches but it is time to address challenges through actions,” he said.

Secretary General of Botswana Federation of Trade Unions (BFTU), Thusang Butale said the key message delivery for Masisi should be centred on job creation as many people were thrown into the streets when businesses closed shop as Covid19 ravaged the economy since March 2020.

“A lot of workers have lost their jobs. What is more concerning is the high reports that we are getting of people who are getting less salaries as compared to what they were getting before the State of Public Emergency (SoPE). The effect of state of emergency are still being felt by the workers more than a month since it ended,” said Butale, hoping to hear more on job creation.

Butale said the labour movement has also observed the high increase in number of workers dismissals, post SoPE. He said Masisi must focus on unpacking the national employment policy and its linkage to the Decent Work Country Programme. Research, he said, has shown that there is a relationship between the rise in criminal activities and high unemployment rate.

“Over the past two months, we have seen an increase in the number of reported robbery cases. We expect the president to talk to issues regarding unemployment especially youth unemployment and public safety,” he stressed.

In addition, Rammika said the main challenge is to balance between addressing the nation about the current challenges in the economy, the success rate as per the previous SONA promises and immediate action based solutions that will address unemployment in the short and long term. He said the standard of life is becoming tough generally due to number of increases in taxes and retail prices in general this demand that all promised interventions at advance stage of implementation.

Inflation expected to revert to within the desired objective range in the second quarter of 2022 and this happens through rising level of economic activities, which the SONA will deliver. The good thing is that inflation risk associated with travel restrictions and lockdown will no longer drive the inflation, however commodity prices and ERTP capacity constraints will persist.  However, the expectation is that inflation will subside to BOB objective range in the beginning of next year,” explained Rammika.

The economic growth, he said, will pick after the expected SONA 2021 due to public positivity. “The expectation is that positive feedback from SONA will prove the implementation of support and economic intervention geared towards rejuvenating the economy. However, the SONA comes at a time when economy is picking up and the expectation is for the SONA to provide economic activities that will generate employment, social upliftment intervention, and so on,” said upbeat Rammika.