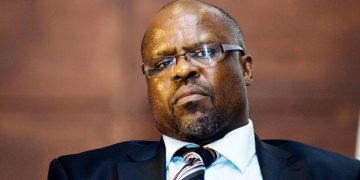 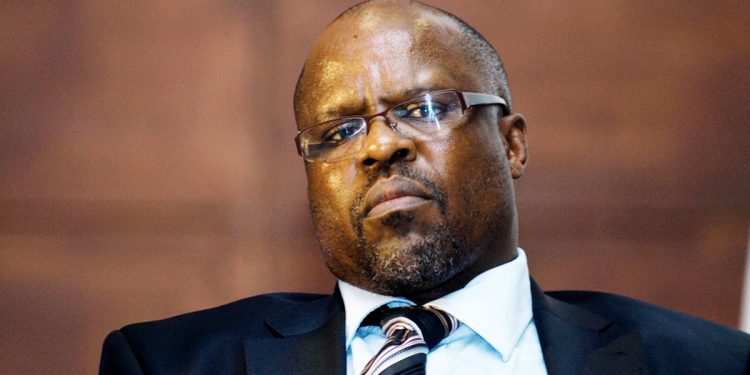 ‘We are back to Stone Age where Africa comes from’ -Reatile

‘I’m not really worried. I’m ready for anything’ – Morupisi

Four Botswana Patriotic Front (BPF) MPs together with former Permanent Secretary to the President, Carter Morupisi could become the latest subjects of Directorate of Intelligence and Security Services (DIS) raids, as the noose tightens around allies of former President Ian Khama, The Patriot on Sunday has learnt.

Information gathered by this publication is that the DIS is mulling a crackdown on BPF MPs and Morupisi -also a member of the party, following recent developments which embarassed the state apparatus. Morupisi upset the state when he recently filed an affidavit in court in support of former Director General of the DIS, Isaac Kgosi in the latter’s bail aplication.

Now, it is just a matter of time before BPF’s Tshekedi Khama (MP for Serowe West), Baratiwa Mathoothe (Serowe North), Leepetswe Lesedi (Serowe South) and Mephato Reatile (Jwaneng- Mabutsane) are brought in for questioning by the DIS, sources said. Impeccable sources intimate that Morupisi’s property together with the MPs will be searched in relation to the ongoing case between Kgosi and the state over illegal possession of military firearms and ammunition.

“The plot is to frustrate BPF MPs to lose concentration, together with their patron -Ian Khama. Morupisi is targeted for dismissing the arrest of Kgosi and blaming DIS Director Peter Magosi for not having shown interest to heed to handover of DIS property after Kgosi was sacked,” said the source.

Contacted for comment on Friday, Reatile confirmed being questioned by DIS agents  last week but said he is not aware of the planned by raid on BPF MPs. “I was taken by intelligence agents after the court session last week Sunday for questioning our way to the Botswana National Front (BNF) rally when I accompanied Isaac Kgosi from court to the rally. All that I can say is that we are going back Iron Age era where Africa comes from, whereas the world is heading towards civilization,” said Reatile, briefly commenting on current political situation.

In an interview also on Friday, Morupisi said he is not aware of the ploy by DIS to raid him. He went on to take a swipe at the DIS, saying that it has been raiding him for the past two years. “What will it be that they want because they have been searching my properties and they know what is in my possession. What is it that they will find now if they have failed to locate such during the past searches of my properties? Is this a political witch hunt or what?” he asked, rhetorically.

Morupisi said he is not worried, neither is he bothered by the DIS because he is not a thug. “All we want is fairness in law. If I filed an affidavit supporting Kgosi, that is the truth of what I know. I am ready for anything and I am expecting anything at any time,” said a rather confident Morupisi.

Political and Administrative Studies at lecturer at University of Botswana, Dr Adam Mfundisi said a DIS spy agent codenamed ‘Butterfly’ was arrested and arraigned before the courts on serious allegations of having deprived the government of P100 billion which the Bank of Botswana (BoB) denied existence of. He said the seemingly Hollywood style of dealing with suspects is tarnishing the image of the country even if it satisfies the whims and caprices of the political establishment.

“SKI and a South African citizen were also accused of the same. The State unashamedly withdraw the case which was dismissed subsequently by the courts. The State was embarrassed by the botched cases. An SA Afriforum advocate was roped in the Butterfly case but to no avail because the charges seemed politically motivated Botswana is a constitutional democracy anchored on the rule of law. Suspects must be treated with humility and presumption of innocence must be complied with.” he said.

According to the UB lecturer, who is a Public Policy expert, sanity must prevail otherwise we are heading for the protracted conflict which no one will know how it will end. “Even if the current regime hates SKI and Kgosi, it should not use state power to settle political battles. We should not entertain an intolerant society because the consequences are hard to contemplate. We should as a nation abhor inexcusable abuse of power by state apparatus,” he warned.