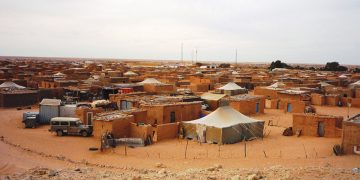 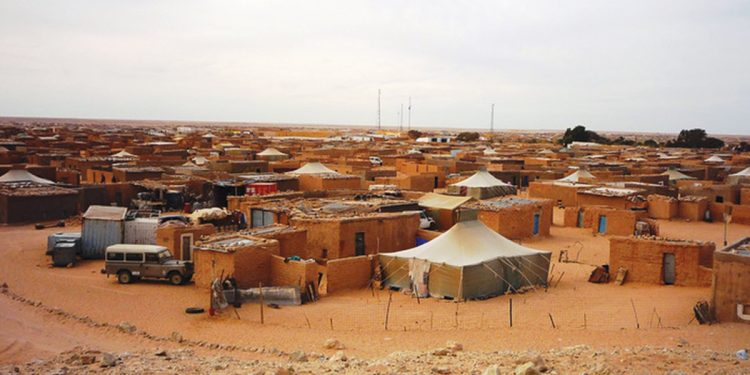 Western Sahara is a region on North Africa’s Atlantic Coast bordering Morocco and Mauritania. It was colonized by Spain in 1884 and remained part of the Spanish Kingdom for more than a hundred years. The native population, which numbers close to 600 000 people, are known as Sahrawi’s and majority religion is Islam. In 1975, Morocco effectively annexed Western Sahara by staging what was known as the Green March, which was a peaceful procession of about 350 000 Moroccans and Mauritanians who walked and claimed it as their own. Spain subsequently transferred control of the region to Morocco and Mauritania.

As a result to this occupation, The Polisario Front, which is a Sahrawi movement founded in 1973 to campaign for the independence of Western Sahara, launched a guerilla struggle against what it saw as the unlawful Moroccan and Mauritanian occupation of its indigenous land. During that struggle Mauritania renounced its claim to the region and since then the Moroccan authorities has built a wall through the territory, annexing two thirds of the country and leaving a dangerous no man’s land between what is now patrolled by a UN monitoring force. While the Polisario Front wants an end to Moroccan occupation and full independence for the Sahrawi’s, Morocco wants Western Sahara to remain an autonomous, self-governing part of its territory, in a fashion similar to autonomous communities of Spain.

Someone may want to know why Morocco has rooted to maintain an iron grip on Western Sahara. Morocco’s annexation of this territory, which it has long seen as an attractive piece of land, was the result of a culmination of Moroccan interests. Western Sahara is home to phosphate and iron ore reserves and is believed to have untouched offshore oil deposits. Therefore the combination of Western Sahara’s valuable resources, the historically motivated territorial ambitions of Morocco, and King Hassan’s desire to divert attention away from pressing domestic issues such as poverty, unemployment and the negative effects of his authoritarian rule all led to Morocco to make and maintain its claim to Western Sahara. One must also note that since the beginning of the conflict, a great number of states and organizations such as Spain, Algeria, Polisario Front, Mauritania, France, the US, Soviet Union, the AU, and the UN have all, at one time or in some way, been involved in the conflict and/or attempted at working toward its resolution. Sadly the conflict has been described by Teresa Whitefield as the “unfortunate combination of territorial ambition in Morocco and disinterest from states in the broader international community unwilling to jeopardize relationship with a strategically located regional power (Morocco). This means that the conflict has remained unsolved due to an unfortunate combination of selfish national interest and self-interested state behavior on the part of the states involved, with each player acting only in the interest of their own state. Important principles such as the right to self-determination, nationalism and freedom have been ignored, the rights of individuals and nation trampled and the notion of common good forgotten.

Amid all these, beatings, stress positions, asphyxiation, stimulated drowning, psychological and sexual violence are among an array of torture techniques used by the occupying Moroccan security forces to brutally silence Polisario Front activists and crush dissent. Victims of these Moroccan atrocities include students, political activists and supporters of self-determination for Western Sahara as well as people suspected of “terrorism” or ordinary crimes. As part of its occupation and colonial policies Moroccan security forces display brazen sense of impunity, beating protestors in plain sight in order to send a warning to others. These forces always use brute force and sheer violence to disrupt peaceful protests by the Sahrawi people. It is interesting to note that part of the reason for this completed impunity is that there is no credible third party on the ground doing anything about human rights abuses taking place there on regular basis. Furthermore the mandate for UN Peacekeeping in Western Sahara, known as Minurso, does not include human rights monitoring. This is despite vocal calls from Sahrawi people for international observation. Given Morocco’s long standing brutality in its occupation of Western Sahara, it should come as a surprise that Moroccan authorities has intensively  lobbied the UN Security Council to block any attempt to include human rights component to Minurso. A leaked Moroccan diplomatic cable intercepted by the Robert F. Kennedy Centre for Justice and Human Rights in 2016 shows the many ways Morocco has coerced, bribed and coopted the international community to prevent any scrutiny on its treatment of the people of Western Sahara.

Things came to a head in March, 2016 when Morocco expelled UN staffers from Western Sahara after the former UN Secretary General Ban Ki-Moon referred to Morocco’s rule over the region as an “occupation” during a visit to Algeria. Not only that, Morocco continues to block many international journalists and human rights organizations from entering the occupied Western Sahara. To hide its heinous atrocities, the Kingdom of Morocco manipulate public opinion by hosting some international events such as COP 22 (For example in 2016) where those climate talks provided an excellent opportunity for the murderous king Hassan and the ruling elite to white wash their crimes, repression and authoritarianism and also make the international community to forget about the occupation that has been ongoing for more than four decades. They also provided an opportunity to green wash environmental crimes in the occupied zones of Western Sahara. The international community has to stand up and free Western Sahara from this brutal colonialism.