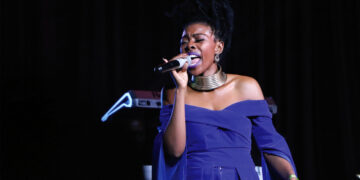 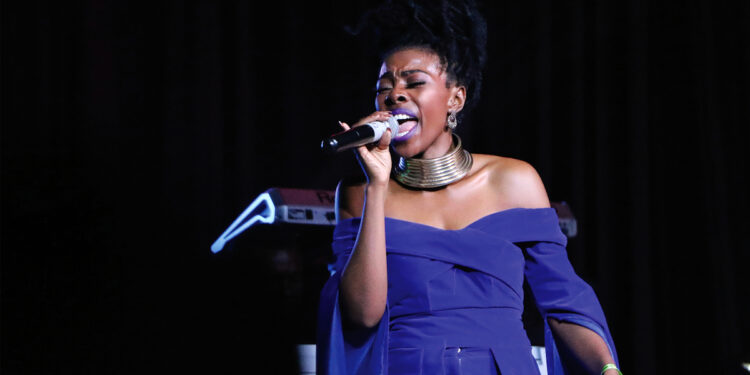 Multi-award winning songstress, Samantha Mogwe is taking a new direction in her music career by adopting digitalization systems to reach a broader world market. The singer and songwriter who fuses elements of neo-soul and RnB in her craft said the decision was something she had always been working on but was compelled to fastrack due to Covid-19 restrictions.

Mogwe believes digitalizing her music will help her keep a track record and monitor her growth and determine whether what she is doing is feasible”Through digital platforms it is easier to reach global markets without crossing borders. It enables musicians and artists to reach wider audiences, more so that people are always on their mobile devices using different platforms,” she said.

Her manager, Kabelo Rapinyana said the transition will further help the songstress push Botswana talent to new markets especially because she is working on new and exciting projects. Some of the challenges with digitalizing music is that Botswana is lagging behind in appreciating music on digital platforms. Additionally, Mogwe highlighted that internet access is still a luxury for some Batswana and is expensive to access on a regular basis. She remains hopeful that by following international trends and through the influence of growth and evolution globally, the internet can be used to work for creatives.

“Mogwe is currently working on new music and has recently released some visuals. She is also working on a live recording that is in the final stages of production and will soon be aired,” said Rapinyana. Some of the visuals to come in the near future will be taken from the upcoming Extended Playlist shot and recorded by Benstar the cinematographer and visuals for her single ‘Beautiful’ are already available on digital platforms.

The upcoming music project is a 7-piece EP scheduled for release in November. It features collaborations from fellow singing sensation, Mpho Sebina and an upcoming artist Femzy. “Sebina and I have always been supportive of each other and realized it was time for us to work on something together while Femzy is an artist that I’ve been mentoring so I decided to feature her as well,” Mogwe said excitedly.

Total Music Group Director Seabelo Modibe believes artists are taking steps in the right direction and that digitalizing music in Botswana is long overdue. “That’s where the music retail is at and actually this should have happened 15 to 20 years ago,” he said. He further argues that traditional mediums of selling and distributing music have become  irrelevant and inefficient in the modern age as they were in the past. “The CD or physical copy era is dead. Música which was the biggest retailer is no longer selling CDs like before. Selling CDs is like trying to sell blood to a mosquito,” he remarked.

Born and raised in Botswana, Mogwe embodies the spirit of using music as a tool to touch people across any divide. She has performed in numerous stages including Botswana, her home, South Africa, Namibia, Ethiopia, and Sweden. Sharing the stage with well-known artists such as Zahara, The Soil, Zonke, Joe Thomas, Kenny Latimore, Lira, Micasa, Hugh Masikela among others.

Mogwe is a multifaceted artist, a wife, a mother, a radio presenter, a voice coach, a businesswoman, and a fitness enthusiast. She has won multiple awards including the YAMAs award (Yarona FM Music Awards) winner for ‘Best Female Artist for the year’ and a BOMU Award (Botswana Music Union awards) winner for ‘Best packaged Album’, showing her ability to capture the hearts of different audiences. She believes in and continues to encourage the African-rooted culture of collaborations.