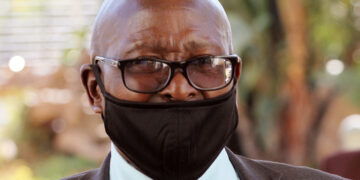 Ministers are flouting the doctrine of collective responsibility

Ministers are flouting the doctrine of collective responsibility 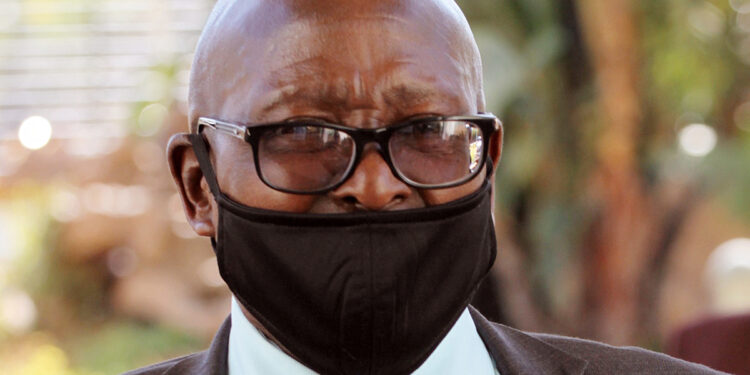 In the ongoing debates on Committee of Supply sessions of various ministry budget allocations, some members of the Executive are behaving out of the doctrine of collective responsibility. Put bluntly, they are attacking decisions of the very government they are part of. The doctrine demands that members of the Executive defend such decisions whether they privately agree with them or not, or whether they were or not part of the Executive when such were taken. Assistant Minister of Local Government Hon Setlhabelo Modukanele was scathing on his government when debating the Appropriation (2021/2022) Bill, 2021 (Bill No. 2021) on the Ministry of Health and Wellness during the session held on 17 March 2021 broadcast on Botswana Television. Other members of the Executive whom I watched as well, expressed Hon Modukanele’s views albeit in a somewhat toned down language probably out of fear of the consequences thereto. The Committee of Supply session and seemingly, is the one where fellow cabinet members attack each other softly and roughly out of frustration from the slow progress in their constituencies

Visibly incensed by the tone of his input in the Committee of Supply session refereed to above for the lack of a primary hospital in his Lerala/Maunatlala constituency, Hon Modukanele took a serious dig at the construction of two hospitals in Serowe while his constituency had none. He further complained that his constituents are forced to go to seek medical assistance in Palapye which amongst others, is a socio-economic burden on his constituents in more ways than one. On the face of it on one hand, Hon Modukanele is raising pertinent issues regarding his constituency that should go down well with his constituents. On the other, and just like his other fellow members of cabinet, he is criticising the policies of his own government as alluded to above in a frank and open manner if you sit on the other side of the aisle.

Members of cabinet who are also directly elected Members of Parliament, have a duty and obligation to present the concerns and aspirations of their constituents. If they do not do so like other MPs who are not members of the Executive and who by virtue of the Separation of Powers doctrine enjoy the privilege of criticising their own government, they run the risk of being ‘unelectable’ in the 2024 general election because they would be deemed by their constituents not to have sufficiently represented them in parliament. Apart from their own voters, they face the onerous risk of the opposition particularly from marginal constituencies. The heat is palpably unbearable on cabinet members. The other risk is that their appointing authority who is the President, could drop them from their ministerial positions because he may feel they do not defend policies and decisions of cabinet which he chairs.

The President has been reported in the independent media in the recent past to have sharply raised the concern that he is not sufficiently protected by some members of the Botswana Democratic Party (BDP). His concerns are borne out of the view that the opposition is having a free ride in parliament by sharply criticising him on issues of his private participation in business interests which the opposition argue, border on his unethical and immoral conduct as a Head of State. Instead of protecting the President on these and other issues the arguments posit, some Ministers somewhat take their eyes off the ball by dwelling on the former President and his past policies or style of governing.  If these views are correct, it should go without saying that the President could feel even more concerned if not aggrieved by the ‘open ridiculing’ fashion in parliament by some of his cabinet members over some government policies and programmes. In some way, Hon Modukanele and some of his fellow members could be misconstrued to be helping the opposition to ridicule the policies and programmes of the BDP and in the process, make the BDP look bad in the eyes of the public particularly voters. Needless to mention, the ridicule could be viewed as also directed at the President considering the current political atmosphere.

All policies and programmes of the ruling BDP including developmental agendas I want to believe, are  debated and decided upon during cabinet meetings. That is why Ministers bring their own developmental policies and programmes including budget proposals for their constituencies and others to parliament for endorsement by their fellow MPs. And we have witnessed their fellow party MPs approving and endorsing the budget proposals while at the same time two BDP MPs recently voting with the opposition in one of its Motions. Ministers would have had the opportunity at cabinet to presumably try to influence their own constituency developmental issues even if such moves wouldn’t have carried the day.  My proposition could very well be flawed I must admit. But that is how I personally feel about it. Ministers are fully aware that given their positions in the Executive, things wouldn’t always go their way as would those of other ordinary MPs. When accepting a ministerial positions, they have a duty and obligation to defend decisions taken by their predecessors be they Ministers or Presidents however offensive they may be to them in their private spaces.

What I have observed is that (some) Ministers cheery pick to abide by the doctrine of collective responsibility. All of them have religiously rejected all Motions, Private Members’ Bill and any other parliamentary process brought by the opposition presumably on party caucus direction even when  privately, they may have agreed with them as would be expected while accepting and endorsing all such processes brought by their fellow cabinet members and MPs.

The current session on Committee of Supply for different ministries may have offered a rare window of opportunity for Ministers to try to speak for their constituencies. In the process, they wittingly or unwittingly, flout the doctrine of collective responsibility to their own detriment and that of the BDP. The minute a cabinet member speaks or is seen to be speaking opposition language of ridiculing the ruling party policies and programmes portrays the ruling party in bad light. Cabinet members are part and parcel of the authority that formulates such policies and programmes and for them to be acting contrary to such authority is nothing less than political suicide. In the backdrop of the alleged President’s dissatisfaction that his party fellows are not protecting him from the opposition onslaught in parliament and from other ordinary members of society, it may not look good for those Ministers and Assistant Ministers who may be viewed as flouting the said doctrine and in the process, bringing their party into disrepute. Only time will tell. I am prepared to be persuaded otherwise as always. Judge for Yourself!

Covid-19 pandemic has now taken a turn for the worse. Let us up our game of complying with all health protocols. It is our civic duty and obligation to do so.

In times likes these we need a saviour

In times likes these we need a saviour