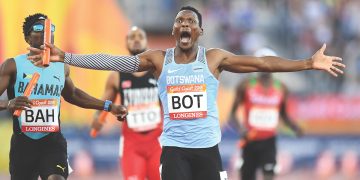 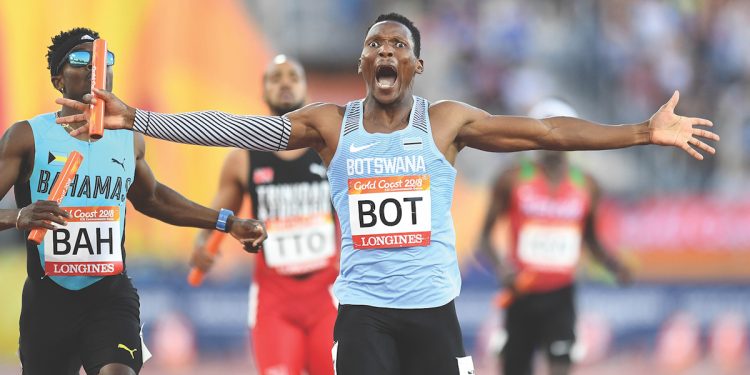 BAA pledges support on his next chapter

Legendary 400m sprinter Isaac Makwala (36) made his intentions to retire from the race track clear in a press brief held last week; and a journey onto a more different path and possibly coaching young aspiring athletes in the near future. In that regard, Botswana

Athletics Association (BAA) have pledged continued support to Makwala for his remaining competitions as well as his future endeavors.

BAA Vice President Theetso Oabona said ‘Badman’ as he is popularly known, has not thrown in the towel yet as such he is still an athlete under their association hence the commitment to show the champion unwavering support. Moreover, Makwala has currently qualified for

World Championships and Commonwealth games to be held in Oregon and Birmingham respectively in 2022 and this is currently the focus of the BAA.  According to Oabona, Makwala is an epitome of perseverance and discipline. “I don’t remember reading an article somewhere that he is in brush with the law. I wish all athletes in Botswana could learn from him,” he commended.

Makwala defined his career as filled with its own share of ups and downs but explained that he refused to be defined by some of the worst moments in his career. “My challenges along the road shaped me into the person I am today. It has not been easy, given the not so friendly terrain that any athlete undergoes, “he said. He further highlighted that a career in athletics depends on the health and wellbeing of the athlete; if you are unwell and unfit, it means that one cannot and will not win. A grateful Makwala expressed his gratitude to the nation at large, including his wife and family for support for over ten years of his sporting career.  “I also thank the government and my school teachers for having helped nurture this talent,” he added.

Makwala Cup Challenge Publicity Secretary, Christopher Nyanga explained that they are making a clarion call to all people of this country to make contributions towards a well-deserved great sendoff being planned for a soon to be retired Makwala. “We acknowledge and appreciate some donations that have so far been made, some directly to Mr Makwala. We request that all those willing to donate anything, can get in touch with us for smooth facilitation, “he said. Nyanga further applauded efforts by government through the construction of a sports complex in Tutume, to be named after Makwala coupled with the Presidential honor that was bestowed on Makwala in the past. Details of an official sendoff are yet to be shared with the general public.