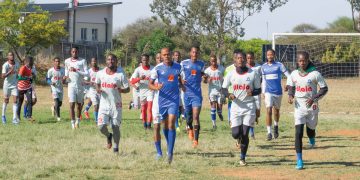 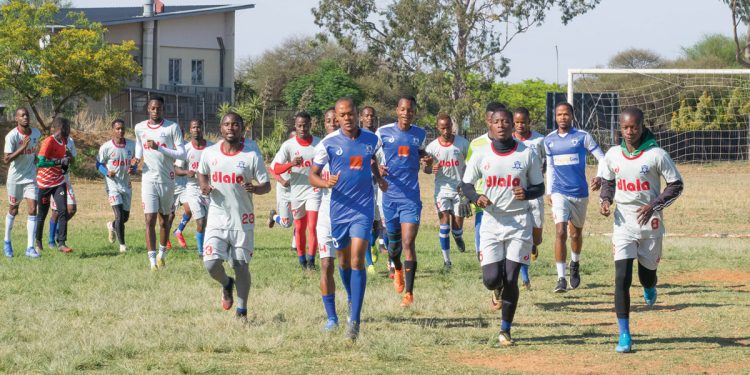 Premier league rookies, Masitaoka FC of Molepolole opened the 2021/22 Botswana Football League season against rivals Mogoditshane Fighters at the National Stadium, Gaborone on Saturday (October 30th) afternoon. The game was followed by a mouth watering fixture between Gaborone giants Township Rollers FC and Lobatse based Extension Gunners FC, completing the first double header in a league scheduled to run until May 2022.

Others games for the remaining 14 teams will continue on different dates at various stadia across the country. While negotiations for a title sponsor continue, the BFL announced at the end of the week that Botswana National Sport Commission (BNSC) has given permission to allow up to 50 percent of spectators into the stadium and other venues.

Following the end of the State of Emergency on 30th September 2021, many restrictions imposed on movement and gatherings of people have been lifted. As spectators can now be allowed at sport events, the BNSC has issued a guide for a phased return of spectators for different sporting codes. This is done to ensure that to the extent possible, risks to both athletes and patrons are minimized.

This shall be from 8th to 16th October 2021. During this phase, only events of the BNSC and/or Botswana National Olympic Committee (BNOC) registered National Sport Associations (and NOT their members; except Teams engaged in international competitions) shall be allowed spectators, provided that:

a. With respect to each event, express permission of the BNSC is obtained;

b. Venues will be filled only up to twenty (20) percent of their official capacity;

c. It will be compulsory for spectators to wear masks, seat/stand a safe distance apart and observe other Covid-19 protocols;

d. Of the 20% capacity allowed, up to half that number will be for young people aged twenty-nine (29) and below while the balance will be for people of any age, on condition that the latter would only be allowed into venues on production of valid Covid-19 vaccination certificates; and

e. Alcohol shall not be sold and/or consumed at venues; in the exception of a licensed and operational restaurants within stadiums, where such exist.

The duration and guidelines for this phase will be released on or before 18th October 2021. The intention, provided that adherence would have been demonstrated during the pilot phase, would be to progressively increase the number of spectators and possibly lift some of the restrictions.

This will only be announced in the future, at a time that would have been determined safe to allow full capacity crowds at sport events.

The BNSC encourages Batswana to take the vaccine in order to protect themselves and their loved ones against COVID-19, in addition to continuing to follow guidelines issued by Health Authorities from time to time