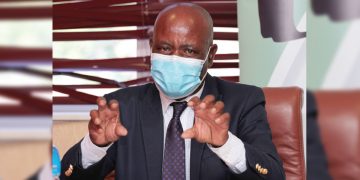 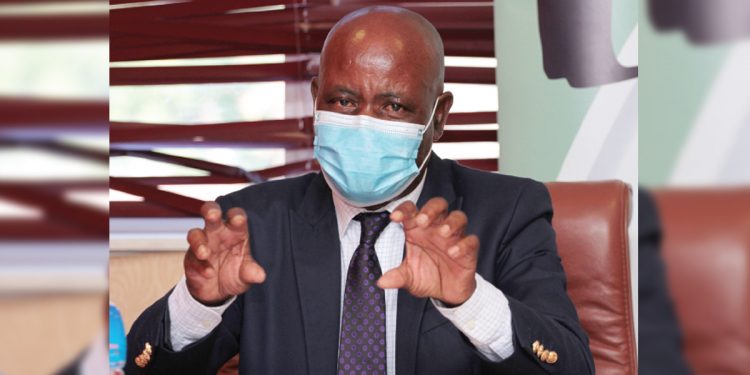 Mokgware, who is the Chairman of BDF Retired Members Association (BDFRMA), told journalists on Tuesday that recent developments in the country, among them political tensions and cash heists point to rising security threats that require top notch intelligence and monitoring for effective response. He therefore, advises that it is important that security forces be deployed to guard big dams that supply water to large parts of the country. According to Mokgware, security lapses where large water sources in Botswana remain exposed is unacceptable because anything is possible.

“We don’t know what is really happening as the environment has quite changed with increasing crime related activities that pose a threat to national security. Water must be a key priority accorded security. Billions have been spent on water supply projects such as the North South Carrier and Letsibogo dam which are not given security because Botswana does not have anything in terms of maritime security. So, it’s just easy to destroy dams,” he cautioned.

The former Gabane- Mmankgodi MP, said it just takes one to have P320 to buy chemicals from a local agricultural supplies shop to poison water sources, which will render the billion pula facilities white elephants.

Meanwhile, BDF RMA Deputy Chairperson Brigadier (Rtd) David Dikole said security issues that include organized cash heists should be a cause for serious change. He said recent developments show be a warning that Botswana has a lot of security gaps. “The crimes of cash heists and robberies are well organized and happen at transnational level. The immigration system is also full of laxity as our borders are porous with very weak security. We need to up the game and address security gaps before matters get worse,” warned Dikole.

Furthermore, Dikole said clearly there are causes that lead to the recent spate of organised crimes locally. He said rampant crimes such as cattle rustling in Bobirwa area, cash heists and armed robberies are as a result of unemployment or disgruntled workers.

In addition, Mokgware warned that Botswana is lagging behind in terms of cyber security and aviation security laws, citing the example of security guards at local airports who are not qualified for a job. BDFRMA revealed that they have made assessments and identified gaps in the national security, hence the need for government to engage their vast of knowledge and experience to pluck the gaps.

“We have very experienced members from different fields. We also have a school as an organisation that trains on the issues of security. We have made recommendations to government to tap into our retired members and employ them to sit with security and provide expert advise,” said Mokgware.

BDF RMA has also admitted to the possibility of some ex-military officers being involved in a series of recent crimes. According to Mokgware, some ex-service men especially those who resigned from either BDF, DIS or Police may be found in the syndicate of crimes that are currently happening.

He said part of the reason why retired soldiers could become criminals is because  they are struggling financially as government is failing to compensate adequate pensions. Consequently, some retired soldiers are fighting for Ipelegeng employment in their home villages.

As a result of the struggle by retired soldiers, BDFRMA Secretary General Brigadier (Rtd.) Mabo Gaborone revealed that they are in the process of suing government over pensions. Gaborone said Botswana Public Officers Pension Fund (BPOPF) has not been created for army employees as they are not governed by the public service act but by the BDF Act.

Mokgware said it is important to bring together state security agencies under one roof in the form of Homeland Security Directorate as they are currently working in silos, which creates competition. He said the notion that BDF and DIS extends support to police is not bearing any fruits at all.

“DIS is just a resource institution to other security organs as it provides information. The DIS today arrests suspects of crime but that is not within its mandate. It is the duty of Botswana Police Service to arrest and investigate suspects. You cannot see a DIS agent openly giving an evidence at court because its Act says it should be under cover. There is lot of chaos,” he said.

In addition, Mokgware said there should be political will for promulgation of the laws that tighten security leading to the birth of homeland security as it has worked effectively in other countries.