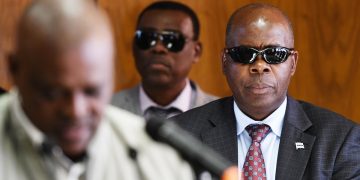 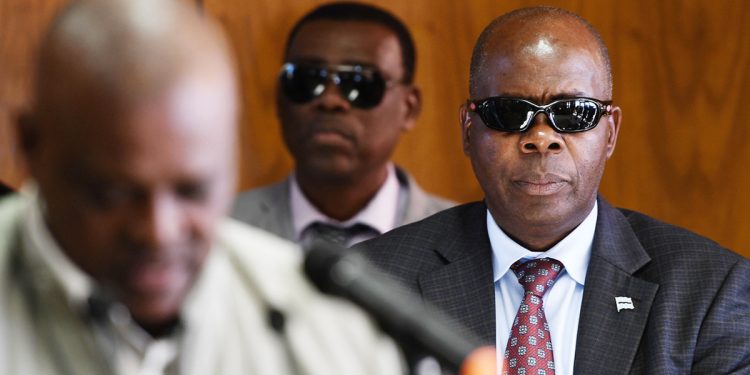 It was an error of judgement on the part of President Mokgweetsi Masisi to appoint Brigadier Peter Magosi as the Director General of the Directorate of Intelligence and Security Services (DIS) after the dismissal of his predecessor, Colonel Isaac Kgosi. An independent individual, not tainted in any shape or form, would have been ideal for the post. Granted, I will readily admit that nobody is as pure as we wish to see. But, there are individuals within our security clusters or somewhere else who are fully capacitated in the world of intelligence, who could make Botswana a better place to live in. Magosi’s appointment was largely clouded by Masisi’s fall out with Ian Khama, which in and of itself, was engineered for revenge. Magosi was fired by Khama at the BDF and therefore it is impossible not to realise that he is out to get his revenge. So, Masisi is being used by Magosi to form a formidable and brute force to effect sweet revenge on both Khama and Kgosi. In the process, all sorts of costly errors have happened, consequent to non-observance of established rules of engagement.

I was shocked when Masisi extended Magosi’s contract given the many own goals he has scored. Any other person in Magosi’s situation would have long been fired. Something more profound exists to prevent the cutting of the umbilical cord between the two men. It is reasonable to suggest Magosi acts in concurrence with the President. Otherwise, the relationship would have long gone south.

The liability I am talking about should be interrogated from the question of whether the DIS under Masisi is different from that of Khama. In my view, there is no such distinct difference except that the dynamics are not the same. If it is agreed that Khama’s DIS was primarily used for political expediency and other considerations, the same is happening under Masisi. With that dispensed of, where is the greatest liability? Firstly, during Khama’s DIS period, there were no two centres of power. This is to say, DIS leadership had not changed from one Director General to the other where a standoff between the immediate past Director General and the incoming existed as is currently the case. Secondly, the DIS did not exhibit demonstrable signs of disunity within its ranks as it is also currently the case.  Further, there was no political standoff between the immediate past President of the Republic and his successor as is currently the case. Herein lies the liability for the President.

Masisi will be vying for the second term in 2024. I opined the other day that his public ratings have significantly plummeted compared to 2019 given amongst others, his failure to deliver on his promises. If my argument on his public ratings is indeed correct, he needs no further damage to such ratings wherein upping them becomes no exception but a need. With Magosi pushing everybody around and seemingly acting out of the prescripts of the law in some if not all instances, Masisi stands to be alienated in more ways than one consequent to Magosi’s conduct and attitude. Of coure, some may be feeling that he is doing a perfect job. My fear is that while this could be so, a significant number of the non-aligned voters who had voted for Masisi may dump him. The fabrication of the P 100 billion case which was one of Masisi’s trump cards in 2019 has pitifully backfired for now subject to the Court of Appeal decision. The result of this is that while Khama was portrayed as the ring leader in this case, he has never, and strangely enough so, been brought to court to defend himself. In the process, Khama, all individuals and financial institutions wrongfully and unlawfully named and shamed in the P100 billion fabrication are on their way to seek huge monetary compensation from government. This is no small feat. At my last count, three individuals cumulatively stand to seek compensation in excess of P 100 million. It scares me to imagine what the ultimate figure will be when everyone and all financial institutions have lodged their claims.

My second point on Magosi being a liability should be from the premise that the public service is highly divided over whom their loyalties lie between Khama and the President. I have extensively dealt with this point in my recent articles and I do not have to repeat myself. Given these divided loyalties, it is fair to say because Magosi has unlimited access to the President 24/7 given his position, a growing perception is posited that public officers at all levels including Ministers who are deemed by himself to be not loyal to the President would be ‘targeted for purging and other forms of victimisation’. Given a chance and not fearing victimisation, some public officers would be readily available to confirm this view. Some people talk in hushed tones over the long term damage Magosi is causing the President while some play their cards wide open. Two prominent members of the BDP have talked openly about the DIS with the most recent being Hon Dr Unity Dow. The other is Mme Pelonomi Venson-Moitoi who in 2019 when campaigning to become the President of the BDP, said she was followed by DIS  agents in Serowe to the point where she had to confront them. As a consequence, public officers are brought into the political or other battles the origins and purposes of which they are not part of.  Should my argument in this paragraph be correct, it should bring me to the next paragraph.

The flipside of the above argument brings me to whether the entire government machinery is firing on all cylinders. The immediate response should be a big NO. It is firing on half or even a quarter of the expected torque it is capable to deliver. This will largely be borne out of the view that once the entire government machinery is not firing on all cylinders, an air lock or jerking of some kind sets in. The energy that is supposed to prop up and motivate the government machinery is spent on who should be next victim where everyone is busy looking over their shoulders. The atmosphere under which government machinery operates has become so overly not conducive for public officers to fully apply themselves to their important tasks of delivering quality service to Batswana. A lot of avoidable and costly mistakes are committed. In the process, the President’s Reset Agenda is more likely to be the casualty because those who are supposed to drive it are preoccupied with whether Magosi is not monitoring them. However hard the President tries, Magosi is making the atmosphere not conducive for public officers to deliver on the President’s Reset Agenda.

To add salt to injury, the Administration of Justice which is the last line of defence, seems caught up in the misfiring of cylinders. This view is validated by the recent Law Society of Botswana letter to the Chief Justice dated 11 November 2021 wherein four fundamental concerns are raised. In one of the paragraphs of the said letter, the Society notes at paragraph 4.5 that ‘…..The above seems to suggest that there is a hand behind the allocations of cases, and also conveys the impression that judges are not there to serve the public and the interests of justice, rather like many political appointments our judges are simply cadre deployments looking after partisan interests.’ The judiciary has in the recent past come under the spotlight where in one instance a Judge declined to act on a confusion arising out of his judgement on Isaac Kgosi by claiming the doctrine of functus officio. Functus officio in this instance means because the Judge had given a decision on the matter before him, he could no longer revisit it because he no longer had power or jurisdiction to do so. It is difficult to fathom how a judge whose judgement resulted in some miscarriage of justice in one form or the other would want to keep a safe distance from an unpleasant situation brought about by the same judgement.

In conclusion therefore, I hold the view that Magosi was a bad choice whose appointment is increasingly becoming a liability to the President and the country. He has in my view failed to create a stable and conducive environment where no one is on the edge. The many blunders he has caused in just over three years of his appointment far outweigh the good if any. The President is a politician whose good or bad he has committed will be put to the stiffest test in the 2024 general election.  With the liability albatross by Magosi firmly across the President’s neck, his appointment may very well come to haunt him. Further, the President’s flagship in the name of The Reset Agenda could as well fail to deliver the intended results under the prevailing toxic political and other circumstances. Having said all in this article, I am acutely aware this could come at a potentially devastating personal cost whatever the cost is. I therefore pray that Magosi takes it on the chin as fair commentary on his leadership given his position.