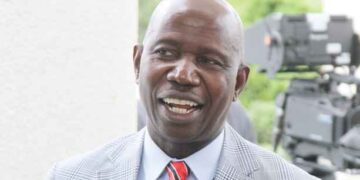 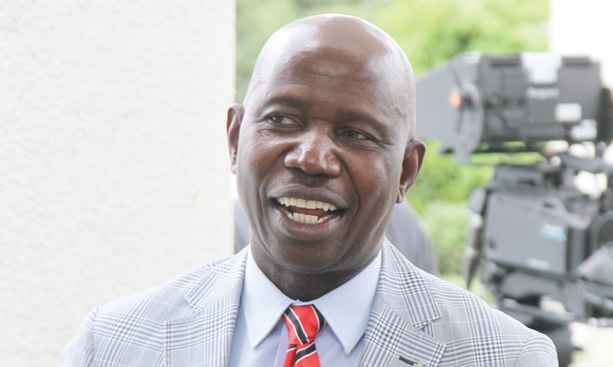 The return of former Botswana Democratic Party (BDP) stalwart, Samson Moyo Guma, who has joined opposition Botswana Patriotic Front (BPF) is already causing divisions in Tati East -a constituency he served as Member of Parliament, The Patriot on Sunday has learnt.

Political heavyweight-cum-businessman, Guma recently announced plans to return home from a self imposed exile in neighboring South Africa and has already rolled out a sensational comeback with hordes of supporters decamping to join him at the BDP offshoot, BPF. Sources close to the developments within BDP told this publication that reports of Moyo coming back home did not seat well with the party leadership as mass exodus by democrats to BPF is on the cards, especially Guma sympathizers and supporters who remain unhappy with his expulsion.

In what could trigger the genesis of mass exodus by disgruntled democrats, the BPF have intensified their recruitment drive targeting their friends who have remained in the BDP. According to impeccable sources, some of the BDP councilors serving under current MP Dr Douglas Letsholathebe are planning to resign to join BPF when Guma returns. “The party has been divided prior to the 2019 general elections as one of the losers of primary elections was not happy with his loss to Letsholathebe. Guma has a lot of supporters who are still within BDP and the worst is yet to befall BDP,”whispered a source.

This publication has also gathered that the BDP leadership is planning a strategic meeting with BDP Tati East branch so as to parry Guma’s advances. According to sources the anticipated meeting will be presided over by BDP Chairman and vice president, Slumber Tsogwane. The marauding BPF riding on the popularity of its patron and former President Ian Khama already has a strong presence in neighboring Tati West under its leader Biggie Butale.

In a telephonic interview from South Africa on Thursday, Guma told this publication that he is expecting a lot of BDP members to join BPF. He revealed that he has been operating underground to take the BDP down. “Yes, there is quite number of BDP members that will be joining me at BPF. It has been a long time keeping in touch with people in Tati East and I can assure you that we will dismantle BDP. For me to join BPF doesn’t mean I am fighting with BDP or government,” a confident Guma said.

He warned BDP not to undermine BPF because a majority of its leaders, among them former president Ian Khama and himself know the ruling party inside out. “I respect the administration of President Mokgweetsi Masisi very much. But I can tell you that the current crop of politicians in BDP is not strong and majority of them are just new to the party culture. People who understands BDP is us who have been expelled,” he said.

University of Botswana (UB) political analyst Leonard Sesa observes that the shakiness of the BDP in Tati East is far from over as a possible shakeup is on the cards. He warned that the BDP should be obviously concerned by the return of Guma and his association with BPF, stressing that BDP should strategize quickly so as to contain possible damage. “The quality that Guma possesses as well as his understanding of Tati East people gives him an edge to unsettle BDP. He is a great fighter and BDP must not undermine him,” Sesa buttressed.

He indicated that Guma would be very instrumental in shaping BPF ahead of the 2024 elections, adding that he stands a chance to overthrow the ruling party if it doesn’t contain him.

Reached for comment, BDP spokesperson Kagelelo Kentse said BDP is not shaken by the much-hyped BPF invasion. He insists that as a party, the BDP is united and nobody will defect to the BPF. “BPF is not a serious threat even with Guma they are just confusing people. The BDP as party remain solid and well focused. I affirm to you BDP is strong at Tati East,” Kentse highlighted.

Efforts to reach Tati East MP Dr Letsholathebe proved futile as his mobile phone was off.

BDP took a decision to expel the maverick Guma from the party ahead of 2019 elections after he emerged as one of the conveners of Serowe meeting, which has not blessings of the party. His expulsion from BDP left the party with no option but calls a fresh primary elections which its outcomes was also marred by controversy and protests after Letsholathebe sealed the victory.

Dr Letsholathebe during primaries defeated another BDP strong activist Sean Sebele in closely contested tie by garnering 1 731 votes, Sebele got 1 646 and Mazube Chedu got only 389 votes.

After the results were announced, Sebele was not happy claiming irregularities in the elections.

Informal sector on brink of collapse