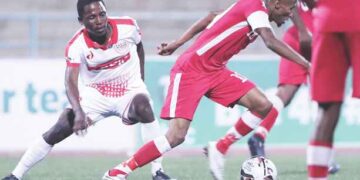 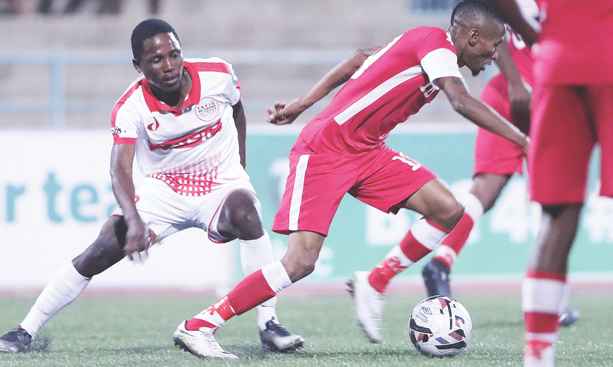 Following a decision by the Botswana Football Association (BFA) to end the 2019/20 football season, relegated Molepolole City Stars has revealed that they might possibly end up approaching the courts of law to contest the decision.

In ending the season, the effect as according to the association is that the team at the summit is crowned champions whereas those at the bottom of the table are relegated. “Having considered the prevailing circumstances in Botswana, the guidelines provided by the BFA Medical Committee, FIFA and CAF and the financial resources needed to return to play, the BFA National Executive Committee unanimously agreed to end the football season,” BFA said in a statement that did not seat well with teams that has been placed in an unfavourable position by the decision.

In the premier league the decision meant that TAFIC, Molepolole City Stars and Miscellaneous have been relegated to lower first division league popularly regarded as ,”ko leroleng.” Before football activities were disrupted by the covid-19 pandemic the three clubs were standing at the bottom of the log having 18, 11 and nine (9) points respectively.

The clubs especially TAFIC and Molepolole City Stars believes that the decision taken is not fair on their side particularly for a reason that they still stood a chance to survive relegation. With 10 games that were remaining to finish the league the two clubs are positive that few wins were enough for them to stay in the premier league depending on how teams that were slightly above them would also perform. To highlight, TAFIC argue that they had 18 equal points with Morupule Wanderers and Extension Gunners while Notwane and Gilport Lions were slightly above them by one and three point/s respectively.

“We had already finished playing against the top four teams so we were going to fight, it was just about winning four or five games for us to escape the relegation axe by placing ourselves in the middle of teams that were from position five and below,” Molepolole City Stars Chairperson, Somerset Gobuiwang argued.

“I won first division towards the last games so surviving relegation was also possible ,that is the nature of football. My performance was also picking and I had also managed to beef up my squad in January, it should be considered that I did costly efforts so that I may remain in the league,” TAFIC Chairperson, Carlos Sebina also argued.

While the two clubs have openly revealed that they will be challenging the BFA decision, this publication has learnt that Miscellaneous leadership has accepted the decision. The team was standing at the bottom of the log with only nine points with some arguing that based on their performance chances of them surviving relegation were very slim. The position has however reportedly divided the club. Members who believe they still stood a chance to survive relegation also want the club to challenge the BFA decision. The club leadership was yet to officially consult its members on the matter and efforts to get a comment from their Chairman was successful.

Meanwhile while TAFIC boss, Sebina has ruled out taking the legal route on the matter, Molepolole City Stars boss, Gobuiwang on the other hand says they will seek redress before the courts of law should they not be satisfied with the ruling of BFA’s Arbitration Tribunal. Both clubs are intending to challenge the BFA NEC decision through the same Tribunal. Sebina says they will accept and not challenge the decision by the Tribunal even if it will not be in their favour.

“What I can assure you is that TAFIC is not going to take BFA to court over the matter we do not have that intention. We believe that the structures which are there within BFA will allow for both us to resolve this matter amicably. Taking BFA to court may affect reputation of our local football and that will also be against the interests of our football people,” Sebina assured.

He told The Patriot Sport that the other reason why they are challenging the BFA decision is because the association has failed to properly consult them on the matter. Sebina believes that finishing the remaining games without spectators attending the matches would have been another better option the association should have considered. For his part, Gobuiwang believes that the BFA was conflicted on the matter and should have allowed an independent body to handle it.

Meanwhile, Serowe based side Miscellaneous sporting club have voiced their displeasure at the BFA decision, which relegated them to first division football. BFA NEC unanimously agreed to end the season, making the announcement on 14 June 2020.

Miscellaneous Sporting Club Public relations officer criticised the hasty decision by the BFA NEC which he said was taken without proper consultation of the stakeholders which include the 16 teams that ply their trade in the premier league who are its affiliate. He said as the Miscellaneous SC they don’t endorse the decision.

Ntau said prior to ending the league they received a letter on the 1st of this month which required them to vote on a decision whether to nullify or award the league. “since we know that the decision to decide on such big matter should not be taken by one person, we were able to communicate with each other through social media platforms as the executive committee of the club because BFA wanted us to have responded by the 3rd of the same month” he said. However Ntau said they were shocked to find the letter from the mother body which ended the league.

He said the decision by BFA to deny them their chance at the top flight football is unfounded and was taken without any proper research. He said currently Corona Virus which is supposedly the main reason why the league was ended has no cure and it have been said the world will have to learn to live with the disease. “Corona Virus numbers are surging everyday in the world and with no cure in sight we have to learn to live with it, and therefore as football we also have to find ways that we can play the game with it in our lives” advised Ntau

Ntau said they should not be cost their league status by vague reasons. He additionally said the reasons given by BFA do not warrant them to take the drastic decision to end the league overnight. “Who told them that the next season league the pandemic will have disappeared, are they telling us the pandemic will have vanished to play next season, therefore I find no logic in denying us our top league status without any proper research on the extend of Covid 19,” quipped Ntau, adding that they are going to appeal the decision by the BFA.

“What I can assure you is that we are going to take all the proper football channels to appeal this decision” he said. He however said if the push comes to shove, they do not rule out approaching the local courts for help in the matter. “As you know according to FIFA rules football should not be taken to courts, if decisions are needed they are taken to CAF, but in a case like this where one person decide to use his position to oppress or impose his decisions on others, we have highest law which is the law of Botswana, and if we present our case to them (BFA) and they deny us hearing we may be forced to approach the courts” he said.

Ntau assured Tse Nala supporters that at the end of the day the right action will prevail. He assured them that they won’t let them down. ”You don’t decide overnight to crown a team champions especial with other teams standing a chance to have possibility of lifting that cup, or decide to relegate teams that also have the potential to secure their status at the premier league” he said, reminding those who doubt their potential to hold to their premier league status that in football anything is possible.

“We currently have 9 points, and 10 games means 30 points, 30 plus 9 is 39 points, however I am not going to say to Batswana that Miscellaneous will win all the 10 games, but if we win half of those points as other teams will also loose we can accumulate enough points to avoid relegation. I am saying this from experience, during 2012/2013 season I was there when Miscellaneous had only 4 Points at the end of first round  but at the end of the season we managed to survive the axe, so this are not just stories, it something that happens and it could happen,”said Ntau.

BFA says a committee that will deal with the modalities of the promotional play-offs will be formed. Teams such Union Flamingo Santos, Mochudi Center Chiefs on the southern side and Eleven Angels, Maun Terrors on the northern side which were vying for at least play-offs are likely to also find themselves disadvantaged by the decision. As a norm the promotional play-offs match may likely be against Mogoditshane Fighters and Nico United FC to decide which among the two also gets promoted to premier league.