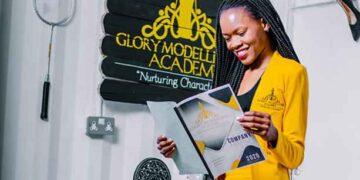 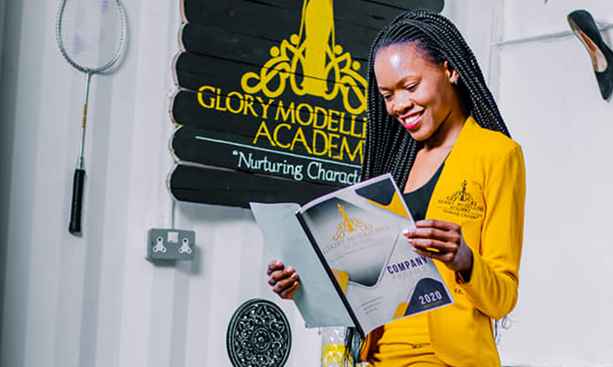 Tracia Elias, 28, has a remarkable story to tell. From aspiring to be a model, staying in a toxic relationship, setting up her own modelling agency and graduating models who went on to represent the country at international level.

Modeling has been in the Elias family as her mother who was once a beauty queen encouraged her take up modelling. She later took her mother’s advice and started her journey at just eight years old. Her passion for the art grew when she started winning a few titles from primary school to high school such titles include   Miss Tiny Tots, Miss Fresher’s and Miss all schools.

Seeing her success she later started her own modelling agency named Sizzling Lekker Models in 2012 to empower the youth and help them earn a living through modelling. She however suspended the project due to societal pressure. “It is  a really frustrating  business, modeling is  prone to lack of  funds mostly due to the community not wanting to be associated with business that are stereotypical to sex ,alcohol  and drugs” ,she said .

Elias however was reminded of her love for pageantry when she joined Miss Botswana in 2015 and made the cut as she was among the top 12 contestants .The  described the experience as  an igniting point her  passion for nurturing young girls and boys and also gave her an opportunity  bench mark. Sizzling Lekker Models was later relaunched and this time  Ministry of Youth Sports and Culture  gave her an opportunity to train models and put together a fashion shows.

Although she was now doing what she liked the only rotten apple in her basket was her toxic relationship,she found it hard to feel confident in herself as she was slowly drifting into a depression. Her only pill was to move away from the situation something which she encourages every young person to do. “I was slowly losing the light and energy to go on with life,that is when I knew I had to take control and leave Francistown.

Being home and unemployed, she indulged in heavy drinking and partying and the minute she started being a burden she started making and selling wigs. In the process of disappointment, pain and rejection she was led by a brother who is now her fiancé to church. After a year of fellowship at church she now opened a Christian Modelling school called Glory Modelling Academy. This agency was not only going to offer professional modelling and pageantry training to aspiring models and beauty queens in Maun but to also be place of comfort, hope, restoration and establishment for those who have the same passion as her.

Most of the challenges she faced include being rejected for funding by Youth Development fund besides her appealing on different occasions .The rejection did not stop her as she continued doing online marketing and registered students. She officially started on the 11th of January 2020 with only seven at the beginning of the month. The only good thing that was evident was the help and support she got from the community. “Help was mostly from the students’ parents and local Photographers who volunteered to help us.