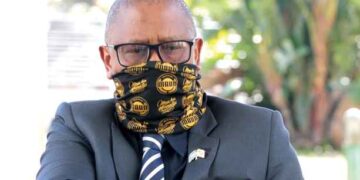 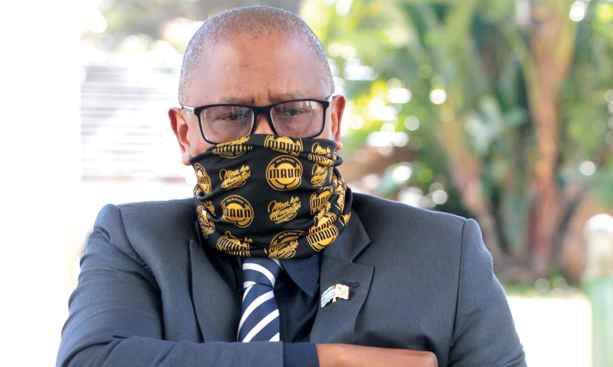 Given that Covid-19 pandemic has become a quick and convenient scapegoat for government failures on many fronts, it is almost a given that it will be used in this year’s budget speech by the Minister of Finance and Economic Development Hon Dr Thapelo Matsheka. While it is not in dispute that the pandemic has had a devastating impact on the economic development landscape of the country in particular and the world in general, government machinery was nevertheless not shut down. Other issues raised by Hon Matsheka in his maiden budget speech were achievable in my view even in the midst of the pandemic. It has become a bad practice whether it is the President’s State of the Nation Address or the budget speech that a fairly comprehensive update is not made on the previous addresses which inevitably breeds a culture of failure to account. That is, there is never largely, a blow by blow update and reference to previous addresses. It is in this respect that I call upon the Hon Minister to give a blow by blow account of his promises in the maiden speech which was anchored on a transformational and not business as usual agendas. I am particularly interested in those achievable even during the pandemic by relying on some paragraphs of his maiden budget speech.

At paragraph 5 of his maiden budget speech, he said ‘Mr Speaker, this government is committed to transforming the economy through, refocusing existing policies, strategies and programmes, such as service delivery through ICT; creating sustainable jobs; fighting corruption; improving education and training; providing quality health care; and attracting local and international investors, in order to create an inclusive economy with greater citizen participation. The focus, Mr Speaker, is to improve efficiency in Government spending and delivery of services to promote the growth of the private sector to transform our economy to higher income status.’

Providing quality health care, creating sustainable jobs and improving education and training have been the biggest challenges of the BDP government long before the advent of the pandemic. That is why these sectors are still in deplorable situations. Nothing much in this space is expected in this year’s budget speech on the excuse that almost all the budget would have been shifted to deal with the pandemic. Fair enough. One equally important issue whose failure or success should not be attributed to the pandemic reasonably and objectively speaking, should be corruption. And this is because it is the catalyst whose effects negatively impact the overall economic development agenda. Covid-19 corruption is reportedly under investigation after taking the country by storm during the nationwide lockdown or thereabout. Hon Matsheka is under obligation to tell the nation what cogent steps have been taken by his government to address the corruption pandemic that has ravaged this Republic for time immemorial.

On Transparency and Accountability at paragraph 54, Matshekas says ‘…..Further to our continued efforts to intensify the fight against corruption, the Government also plans to present the Bill on the Declaration of Assets and Liabilities to Parliament….Once adopted, the law will require certain categories of public employees to declare their assets and liabilities. This will ensure transparency as well as promote integrity in the public service.’ While this law is most welcome since it has been passed and assented to in the spirit and principle with which it is intended, opposition MPs and some members of the public have made their discomforts with it well known. As far as I am concerned, this law is largely as good as non-existent. Like someone said, there are ‘structural flaws that will allow people to still hide and not declare all the declarable assets.’

One would have expected the Ethics and Integrity Directorate to be far away from the reach of the President for obvious reasons. But Botswana is far from learning the hard way and nothing suggests, apart from the usual and tired political rhetoric, that there is demonstrable intention to do so. Section 5(1) of the Declaration of Assets and Liabilities Act 2019 provides that ‘There shall be a Director General who shall be appointed by the President on such terms and conditions as the President may, on the recommendations of the Minister, determine.’ Notwithstanding that the Director General is protected by Section 5(3) from malicious removal unlike his/her colleagues of the same rank elsewhere in government, he/she remains largely under the direct shadow of the Minister and the President. What is even more jaw dropping about this law is that as Section 6(1) provides that ‘A declaration shall be made (a) to the Minister responsible for Presidential Affairs, Governance and Public Administration, by the Director General (b) to the Director General by the President, Vice President, the Chief Justice….’ My challenged interpretation of these two provisions is that the Director General declares to his/her line Minister who would have recommended him/her to the President for appointment. The President in turn declares directly to the Director General he would have directly appointed. There can be no bigger and better joke and insanity than this should my interpretation be correct. Under these circumstances created by some provisions which render this law bad law Hon Matsheka, Transparency and Accountability you envision remain a bridge too far particularly with the absence of the Freedom of Information Act with which journalists would inform us about whether people are properly declaring or under declaring. The World Bank says ‘Asset declarations of public officials are a powerful tool to prevent corruption, detect illicit enrichment and conflicts of interests.’ I still repeat: preventing corruption in Botswana with this bad law is still a bridge too far. Corruption will remain deeply entrenched in those expected to minimise it.

At paragraph 32 under Performance of State-Owned Enterprises he said ‘Mr Speaker, State Owned Enterprises (SOEs), or parastatals organisations, as commonly are referred to in this country, are part of Government’s delivery system….However the performance of some of these organisations indicate that; either this original assumption was wrong, or there has been some creep in their mandates overtime. Whatever the case may be, there is need to revisit most of the mandates and founding statues of these organisations to address the governance and performance of some of them, and more importantly, align them to the transformation agenda. To this end Mr Speaker, a subcommittee of Cabinet, which I chair, will undertake a comprehensive review of the parastatals’ landscape….’

I will be fair to Hon Matsheka by saying that given the number of SOEs as stated in his maiden budget speech to be over 60, it wouldn’t be reasonable for his subcommittee to have dealt with all of them at this stage. What is reasonable though at this stage is for him to state what the subcommittee has done so far with respect to one or two SOEs. The non-performance and seriously lack of governance issues at these SOEs amongst others, are principally caused by their errant and delinquent board and executive members who are not only appointed on merit but in most if not all cases, on cronyism and patronage. Board chairpersons have in some if not all instances, become so operational to the extent of influencing members of executive management to undertake unethical and immoral decisions to which they gladly agree to please the Emperor.

The BDP government and its Central Committee met late last year where reportedly, a resolution was taken to appoint BDP card-carrying members to senior government positions under the false and unsubstantiated pretence that non-BDP public servants sabotage government’s developmental agenda. Needless to say, public servants at all levels are governed by legislation in place in cases where they go errant, delinquent and rogue. Predictably, this dispensation is highly likely to be extended to SOEs. But just ask South Africa what irreparable harm this kind of dispensation has done to her public and private sectors. The Commission of Inquiry into State Capture is laying bare the dangers of this dispensation. At the time of writing this article, the rot in the intelligence agency was being laid bare at the Commission.  Though the review of SOEs is scheduled to commence in the upcoming financial year, it is critical that given the amount of resources government expends on them and the critical roles they play, the Minister must provide progress.

Batswana are still waiting for the full and honest explanation on the P1.4 billion that was allegedly meant to procure Covid-19 equipment and materials. Ministry officials including the Minister have with respect, fumbled to give a coherent explanation that dismally failed to connect the dots one could reasonably suggest. Further and as the custodian of public funds, Hon Matsheka must explain whether P 100 billion was ever looted from the Bank of Botswana or whether this was just a political ploy to win elections together with the P 250 NDF scandal. The narrative that these matters are before court will be a cheap escape route. It is possible Covid-19 corruption may have accrued from this bounty given that expected checks and balances would have not been available on the possible excuse of exigency of service.

Are there any signs of the transformational and not business as usual agendas as suggested by Hon Matsheka? I am afraid not and this is why. Once you fail the tests of values like Transparency and Accountability, moral and ethical conduct which values have seriously lacked and continue to do so in the value chain of political and public offices, you cannot begin to talk about transformation whatever the good intentions. Fix these values first and all else falls into place.

Based on the above therefore, I expect Hon Matsheka to give a full account of failures and successes on his promises and visions flowing from his maiden budget speech delivered to the nation on 3 February 2020. Anything less will in large measure, be consistent with the saying ‘the more things change, the more they remain the same.’ While Covid-19 pandemic would have scuppered his promises and visions in some respects, there are some he should have nevertheless achieved. Like I have said, government did not cease to function and issues not materially impacted by the pandemic ought to have been pursued and possibly achieved. I am prepared to be persuaded otherwise as always. Judge for Yourself!

Let us all comply with Covid-19 health protocols. It is not difficult to do so. 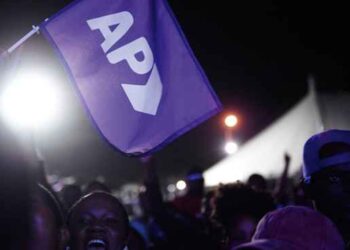 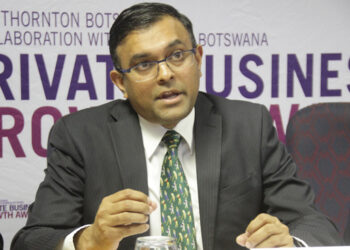 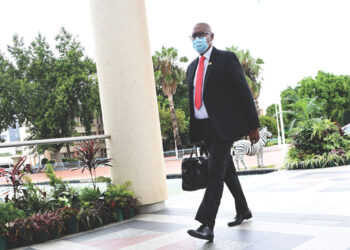 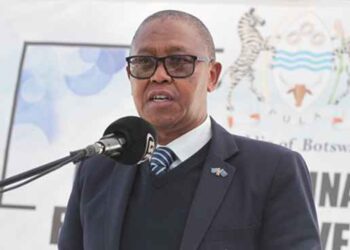 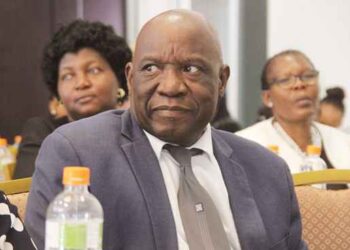