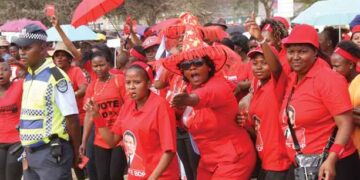 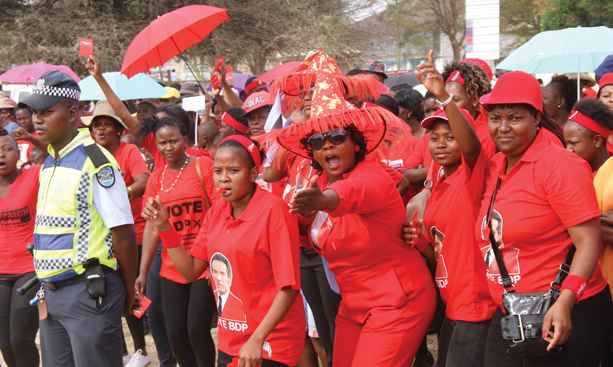 Radithobane confirmed their suspension in an interview with this publication. “It is true that we have been slapped with 60 days suspension from the BDP. We received our suspension letters from the party that were authored by the branch secretary,” Radithobane said. The youthful Radithobane stated that they have been charged with misconduct and dragging the party’s name into disrepute. He went on to say that his greatest sin was to attend a meeting that was called by former president Ian Khama in Serowe. He argues that he attended the meeting in his personal capacity as he wanted to hear Khama’s message to Bangwato. “By then the new political party, Botswana Patriotic Front was not yet formed so I just attended the meeting just like any other Motswana,” he further pointed out.

He argues that the branch committee does not have the powers to suspend party members as per the constitution. He opines that only the central committee has the powers to suspend members. “We were shell shocked to be served with suspension letters because we  were never called for a disciplinary hearing as per the laid down rules. Those that took the decision to suspend us have an ulterior motive which I do not know,” he claims. According to Radithobane, they have realized that they are not wanted within the ruling party hence they decided to join the new political formation, BPF. He notes that he could not afford to be inactive politically for two months while the general elections are just around the corner. Sources claim that the decision to suspend the activists was just a formality as the leadership in the constituency were aware that the members were headed to the BPF.

BDP Francistown South Branch Chairperson, Uyapo Marobela mentioned that the eight activists were suspended for contravening the party constitution. “Some of them were engaging in activities that are not acceptable within the party despite holding positions within the structure. Just to give you a highlight, within the ruling party, anyone holding a position within the party structure is not allowed to publicly declare whom he supports among primary elections candidates. This is done to ensure that there is fairness in our internal elections,” he narrated. Marobela dismissed the notion that the said members were suspended without being called for a disciplinary hearing. He added, “They were suspended for two months pending investigations so the suspension period is meant to give the party ample time to carry out investigations and make informed decisions.” Marobela reasoned that the party operatives were not suspended for attending the Serowe meeting as they insinuated.

The formation of BPF has seen some BDP members who were disgruntled within the ruling party dumping it and joining the BPF in an endeavour to resuscitate their dwindling political careers. Some, especially those who lost primary elections saw the BPF as a golden opportunity to try their luck once again.