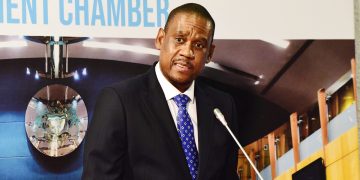 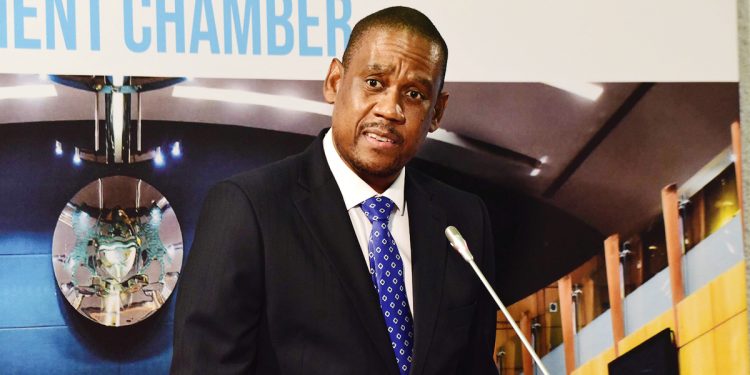 There can be no doubt that Botswana finds itself in a very difficult position.  In my response to the state of the nation last year, I adopted the Setswana phrase, “Gareng ga naka tsa nare”, to capture the situation that we found ourselves in.  If anyone had considered this an exaggeration, you now know the reality.  From the dire economic conditions that we confronted as a nation 12 months ago, we are not better off today.

Twelve months later, there are more households that have been to the graveside to bury a family member more than in any other recent 12 months, due to unavailable vaccines or oxygen.

Twelve months later, there are more households with reduced income than in any recent 12 months as bread winners have lost jobs.

Twelve months later, the revenue paid to government by the low-income groups in the form of taxes and levies has increased more than it has ever increased in any recent 12 months period.

Twelve months later, the number of working Batswana who are unsure about their job security has increased as more employers consider their options to restructure following a year of subdued business.

Twelve months later, Batswana families are experiencing increased gender-based violence than was the case 12 months ago.

Twelve months later, we live under greater threat of experiencing or witnessing violent crimes as criminals are taking control.

Twelve months later, it is more difficult to find a job in Botswana than it was 12 months ago.

Twelve months later, government is less sensitive to wasteful and luxurious spending with dwindling revenues as evidenced by the purchase of Tautona Lodge, bullet proof vehicles for the President and the planned Presidential retreat resort in the Okavango.

The future has never been more uncertain for Botswana, possibly as uncertain as at the early years of independence.  As the opposition, contrary to assertions by the BDP, we do not derive pleasure from the dire situation that Batswana find themselves in.  We are not here to oppose for the sake of opposing.  This has never been our mission.  If it were true that the opposition in Botswana is not patriotic, why then did the following proposals find their way into the law books of Botswana as presented from the opposition benches;

Like the leaders of the past, present BDP leaders are busy preparing to implement a number of opposition proposals such as the following;

We will always welcome moments when the ruling party looks to the opposition for ideas that they had previously opposed.  I assure you, that we will continue to be that reliable fountain of ideas that can uplift Batswana when all seems hopeless.  However, Batswana must know that we have sharp differences on a number of issues, chief amongst them being the management of the economy.

For the BDP, success is when the economy is managed in a manner that delivers high growth of the GDP, high per capita income low inflation and attraction of foreign investors.  These for the BDP are the epitome for success and once achieved, the entire nation is taken to be well off.  That is why the Monday speech highlighted the following above everything else as the basis of a more promising Botswana;

For President Masisi and the BDP, this marks a major achievement and the basis for a better future.  For the UDC on the other hand, our scope goes beyond these macroeconomic indicators.  The indicators that matter most for us are the levels of employment and inequality.   We are also concerned with ownership of the means of production, which is not an issue of interest to the BDP.

For the UDC, the state of the nation at this particular time more than ever before, should have focused on where the jobs are going to come from.  The frustration of most Batswana is not knowing where they can expect employment opportunities to earn a living for themselves and their immediate family members.  For those that are employed and constitute the working poor, they are yearning for a leadership that can announce better paying jobs that will help them to graduate out of the working poor population.

For President Masisi and the BDP, they find it acceptable that out of a state of the nation address that runs into 164 paragraphs, only one paragraph commits to delivering a sizeable number of jobs, though way inadequate compared to the enormity of the unemployment crisis.  This is paragraph 43 where Debswana promises 20,000 jobs between now and 2024 through their economic empowerment policy.  The government’s Economic Inclusion Policy on the other hand does not commit to a target for new jobs between now and 2024. How can a private company be bolder in promising employment than a government that has been voted to deliver jobs?

For the UDC, what is the priority of our priorities?  What would have been the overriding message from the UDC leadership in our state of the nation address?  Rather than critiquing the president’s address, I choose to present the UDC alternative views on what is required to address the key problems that we face as a nation.

The one frustration that runs through the minds of any Batswana is unemployment.  Too many young people are sitting at home frustrated to be dependent on their parents, who themselves are not earning meaningful income.  Too many parents spend sleepless nights about their lack of prospects for meaningful reliable jobs as they hustle from one casual employment to another.  Too many grandparents are having to resort to some casual employment opportunity to make ends meet for their orphaned grandchildren.  Covid has claimed the lives of breadwinners for many families.

When the UDC pledged the creation of 100,000 jobs within the first 12 months of assuming state power, this was no election bluff.  It was a well thought out strategic objective geared at propelling our nation to greater heights.  It was our grand plan to get the nation working and sweating together for a better future.  It was possible when we pronounced it in 2019 and it is still possible even after the debilitating negative economic impact of Covid 19.  A working nation will be better prepared for any future pandemic. How can we deliver on a nation of workers in the shortest possible time?

What is needed is an ambitious leadership that has the political will to deliver jobs.  BDP should consider the following:

Bring Back our jobs

All the government ministries are guilty of exporting jobs.  There is no single Ministry or Parastatal that has not engaged foreign consultants or foreign based service providers.  All ministries have procurement budgets whose payments flow directly into the accounts of foreign owned companies.  If the President was to direct his Ministers to present a 12 months plan of redirecting procurements from external sources to domestic ones, many jobs that are externalised by foreign purchases would open up for Batswana.

Recently, the Ministry of Basic Education, the Ministry that annually receives the lion’s share of the budget to develop skills, announced that it had employed foreign nationals for roles such as Curriculum Development and Evaluation at director level.  Show me a country that after 55 years of independence claims not to have the ability to develop its curriculum at primary level and I will show you a failed state.

We need to have confidence in our own people.  If government overlooks Batswana in its own appointments, this is sending a wrong message to other employers.

The fact that mineral beneficiation remains a small proportion of what is mined in Botswana is a national shame.  We cannot limit ourselves to be a nation of diggers that believes what has been dug from under our soils should be a source of employment in foreign countries.  There must be a reason why God or nature, chose our borders to be the home to the best diamonds in the world.  This God given or natural advantage for Botswana, has been turned into a benefit for citizens of foreign countries like Israel and India.  We need to respect the right of our people to work and open up mineral beneficiation companies in Botswana.  As the diamond markets recover, this should be reflected in the numbers of Batswana going to work.

One typical example of a parastatal that has lacked ambition is Air Botswana.  I represent a constituency that is home to one of the busiest airports in the region.  It’s always a pain to see at least 3 landings by South African Airlines almost daily, compared to a single landing by air Botswana in Maun.  The Maun and Kasane destinations have clearly created more jobs in South Africa than in Botswana.  Pilots, air hostesses, travel agents and other service providers for airlines are profiting out of travel to Botswana while our citizens have nothing to show for it.

A country that used to be the continents classical example of unmitigated poverty is Ethiopia.  Eager to reverse the global image of a starving nation on international television channels, Emperor Haile Selassie set up the airline with a clear objective of proving that Ethiopia is as capable as any other country and can compete with the best.  Today the airline boasts of turnover in excess of 4.2 billion USD, is Africas largest airline in terms of passengers carried and is the fourth largest airline in the world in terms of countries served and employed 14,000 as at 2017.

Ethiopian Airlines remains fully government owned and is an important source of revenue for the country.  It shows what can be achieved when a leader has ambition and goes out to chase big dreams.

With key agreements being signed in Glasgow on reducing carbon emissions, Botswana remains a side player that seems no to know where the rest of the world is heading.  As the UN Conference was celebrating the announcement by most countries that they will not set up any new coal powered electricity station and China also committing that it will not assist any country to set up such stations, news emerged through Reuters that Botswana, through Maatla Resources, plans to undertake major coal related mining.

With 60% of the national electricity demand met from domestic generation, there is a big opportunity for Botswana to embrace solar in a more ambitious way.  Botswana is located geographically in a region that has the highest irradiance.  We have approximately 10 hours of sunshine in winter and 12 hours in summer.  We can be the model country in Africa on generating electricity from the abundant God given sunshine.

Resorts in the Okavango Delta are a good example of how small communities and settlements need not be on the national power grid to be provided with electric power.  This can be done through small solar-powered plants.

The exploitation of solar should also be accompanied by a campaign to manufacture the equipment required for solar stations.  Many jobs will be created through such companies that will also position themselves to service the region in the medium to long term.  We need to aim to be amongst the best in the world on solar power exploitation to get the jobs we need.