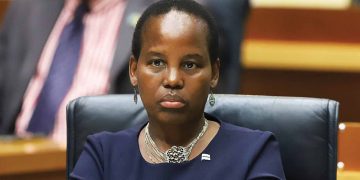 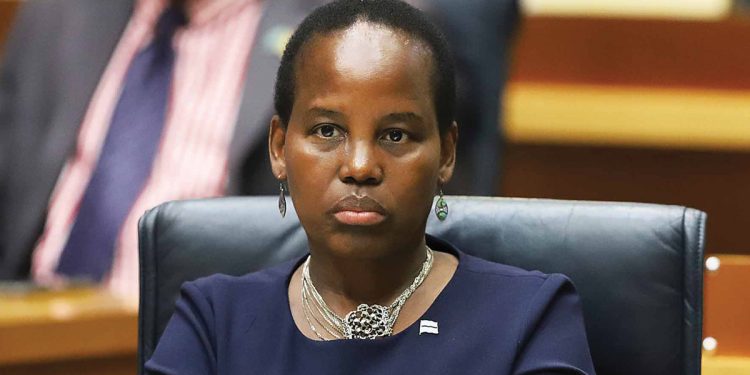 Dr Unity Dow, the Specially Elected Member of Parliament, was in her element on Wednesday when she gave a free lecture on the rogue nature of the Directorate on Intelligence and Security Services (DIS). In a no-holds barred demaenor rarely exhibited by a Botswana Democratic Party (BDP) MP, Dow cut the DIS into shreds by ably demonstrating through quoting several legal provisions in the Intelligence and Security Service Act of 2008, how the institution was not properly superintendent. Dow’s response to the SONA 2021 was largely premised on the Rule of Law, accountability, transparency and good governance, values which are seriously lacking in the administration of DIS.  These according to her, were values made by her party when campaigning for the 2019 general election which regrettably, have not been fulfilled. To restore the DIS to where it rightfully belongs, she has called for amongst others, a Commission of Enquiry. Looking at how bruised and shaken the BDP was, particularly that no one in Parliament expected her to be so scathing, it is unlikely it will agree to set up the Commission. Dow epitomised a true back bencher but is it too little too late? Although Dow’s lecture is belated, it is better late than never.

Knowing the BDP as a party that is vindictive even on its members, it is not far-fetched to predict that Dow will not be embraced but the party will pull all stops to find fault with her and deal with her ruthlessly. If all MPs could talk truth to the BDP, Botswana would be a better place to live in.

But first things first. Notwithstanding her brutal yet honest assessment of the DIS to which I concur entirely, she deserves a fair amount of criticism. And this criticism should be why now and not much earlier because the rot at the DIS was with it the moment it came into being. By the time Dow became a SEMP in 2014, she would have known about the rot long before she became an MP. It is common cause. To be fair to her, she may not have openly talked about it then as she did on Wednesday because she was a cabinet Minister and therefore bound by the collective responsibility principle. That said, the question  is  did she raise any concerns in cabinet meetings during Ian Khama’s presidency or during her time as a cabinet minister under Masisi. Granted, even if she did, it wouldn’t have been as candid and robust as it was this week. The reason would presumably be the fear not to offend her principals as that could lead to her immediate dismissal from cabinet. It stands gto reason that Dow played along with the BDP doctrine of bolope (sycophancy) to protect her job.

The second point is that Dow gathered courage as soon as she left Masisi’s cabinet under controversial circumstances. There were two statements within hours of each other from the Office of the President about whether she was fired or she left on her own volition. She clarified that the latter is the position. There were suggestions that she was becoming uncomfortable with some cabinet decisions particularly the  diplomatic tension between Botswana and South Africa as a result of the former enlisting the services of Afriforum’s Gerrie Nel to pursue issues related to the tiff over the Mutual Legal Assistance with respect to the controversial P100 billion saga. It was suggested that Dow was opposed to Nel’s involvement as this could possibly tarnish the diplomatic relations between the two countries. Having served as the Minister of International Relations at some point, this suggestion makes sense.

Thirdly, Dow is alleged to be under the DIS/DCEC radar over allegations of abuse of office and other related matters when she was the Minister of Education and Skills Development. It is reported there is a report by the Ombudsman with respect to the Department of Tertiary and Education Fund’s payment to the International Aviation Solutions wherein the report holds, there may have been or indeed there was no value for money derived from such payment. It is further reported Dow was given an opportunity by the Ombudsman to comment on the findings of the report to which allegedly, she declined. It would be argued that principally, she is firstly pre-empting whatever potential legal action could result from the investigation and secondly, that she could be on her way out of politics. Whatever it is, only time will tell. But one thing is almost certain following her brutal assessment of the DIS: the game could very well be starting in earnest. That is, DIS will launch a spirited pursuit of her in all manner possible. The DIS is particularly hurt and bruised.

Dow’s free lecture confirms what some of us including some NGOs and the opposition bloc have been saying the longest time during the Khama and Masisi presidencies. What is different this time around is that against all expectations a BDP MP has ably described the institution for what it is. Before then, the Leader of Opposition Dumelang Saleshando called for an investigation into the goings-on at DIS as a precondition of joining the parliamentary committee on the institution. I don’t recall how Dow responded to the request for an investigation. Saleshando was out-rightly dismissed by all BDP MPs. I concur with Dow on the issue a Commission of Enquiry into the DIS as a way of finding out why the provisions of the Intelligence and Security Service Act 2008 have not been complied with, the result of which is the present free reign of the DIS. This is very important because once the facts have been established as to why DIS has been allowed to operate unhindered outside the Act that established it will the solutions be found. And the solution in my view is simple: subject the institution to all the prescripts of its founding legislation. By so doing, the DIS will in large measure cease to serve the interests of political leaders as it did under Khama and now under Masisi.

I also concur with Dow that Botswana has suffered severe reputational harm and continues to do so to this day. This reputational damage is caused by the fact that instead of confining itself to its mandatory legislative requirements, the DIS has for the longest time run roughshod, unimpeded, over other institutions of the same rank like the DCEC and DPP amongst others. In the process, costly mistakes in terms of litigations against the State and people’s careers dashed for no valid cause in all their manifests have become a norm than exceptions. For example, the DIS is at the forefront of investigating corruption which by law is the preserve of the DCEC. Investigating corruption is in itself a complex exercise requiring complex skill and experience. It is a given that more often than not, there will be a serious clash in how a particular corruption matter should be investigated between DIS and DCEC, the consequence of which is the costly bungling of such investigation. The leaking of an audio tape on a high value meeting between DIS, DPP and DCEC over the P 100 billion matter and the conversations therein all but confirms the serious mayhem taking place between these agencies. The arrest of Isaac Kgosi when no competent court of law had sanctioned it is probably the highest water mark of reputational harm to the institution and the country where a citizen’s right to liberty is violated by the vindictive and rogue DIS. It is a scandal of epic proportions.

Dow’s presentation in Parliament will be viewed by her colleagues as a direct attack on Masisi, much the same way as Pelonomi Venson-Moitoi was viewed when she sought to challenge him for the BDP Presidency in 2019. All manner of mud will be thrown at Dow to denigrate her integrity and reputation in all possible manner. I want to believe she is well aware of this and will be advised to develop a thick skin.