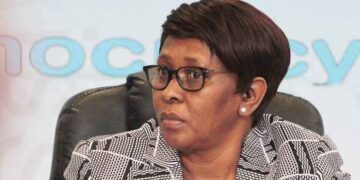 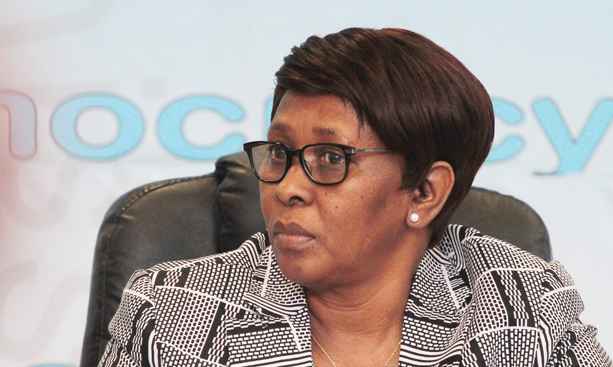 The Executive Secretary of the Independent Electoral Commission (IEC), Keireng Zuze left the controversial election management body -after being at the helm for just five years.

Zuze’s departure from the elections management body is currently marred by hullabaloo, but IEC Chairman Justice Abednego Tafa on Thursday denied that she was pushed out as alleged. Highly placed sources within IEC revealed to this publication that Zuze had shown no intention to retire from the position as she requested for a renewal but was turned down.

Zuze’s contract expired on 30 June, 2020 after she was employed in 2016 when she replaced the then retiring Secretary Gabriel Seeletso. Sources indicate that Zuze was forced into retirement by Permanent Secretary to President (PSP) who also declined to divulge more details to the PAC on Friday.

Judge Tafa  told the Parliamentary Public Accounts Committee (PAC) on Thursday, said  Zuze still had opportunity for contract renewal as she is still under 65 years. The compulsory retirement age for the Secretary as stipulated in the Electoral Act is 65 and it emphasizes that Secretary of the Commission shall be in office until one reaches the age of 65.

PAC members while probing Tafa regarding the early departure of Zuze from the Commission, he indicated that Zuze told him that she is retiring despite her having an option for a new contract. “The Constitution submits that the Secretary for Commission can hold position until he or she reaches 65 years. To me Zuze said she is going into retirement as her contract was expiring. She did not indicate that she wanted to continue as the Commission Secretary,” Judge Tafa said, adding that the appointing authority lies with President Mokgweetsi Masisi.

IEC Commissioners do not have a say in the renewal of a contract of the Secretary as DPSM is the hiring authority for civil servants.

PAC members were adamant that Zuze was pushed out because at some point she offered and extension to her contract extension but was later withdrawn by the PSP. Judge Tafa conceded the development. Bobonong MP Taolo Lucas said it is clear that Zuze was pushed out by the PSP, adding that the Constitution was violated by removing Zuze from office while she is not 65 years.

IEC Spokesperson, Osupile Maroba, on Friday confirmed that currently the Secretariat position is vacant. He could not confirm whether Zuze was intentionally fired, insisting that Zuze’s case involves matters of contract between the employer being government and the employee. “We don’t know the circumstances around why Zuze’s contract was not extended by the employer. So, I can’t say I know what ensued between the two parties involved,” Maroba said.

Efforts to get comment from Zuze proved fruitless as her mobile phone was not accessible. Also, Tafa revealed that he will retire as the Chairman before his second term elapses in 2022.

After promising to deliver a credible and flawless election, Zuze vacates office leaving court cases from opposition parties before High Court over claims of rife rigging in 2019 polls. The independence of the IEC has been long advocated for by opposition parties and analysts but to no avail, despite promises made by Zuze before that they would fight for IEC independence.

Commission Chairman Tafa said it is important for the IEC to have its full independence so that it can exercise autonomy but said this is not the case as now IEC fully is funded by government. To this end, the IEC is directly controlled by the President who appoints its Secretary whilst the Directorate of Public Service Management (DPSM) hires staff for the commission. “We agree that IEC should be a stand-alone not a government institution as it seems to be at the moment. Secretary should by at this time be appointed by Commission itself,’’ Tafa said. 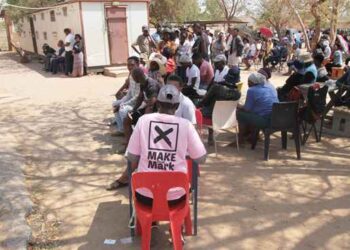 Majority judgements give IEC a carte blanche to run elections 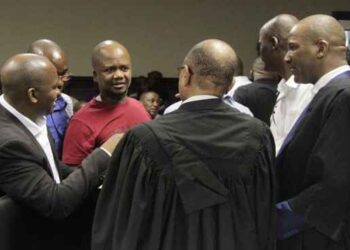 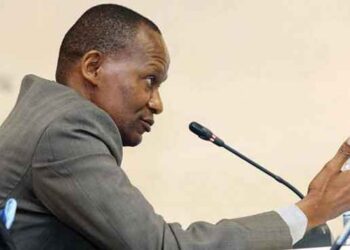 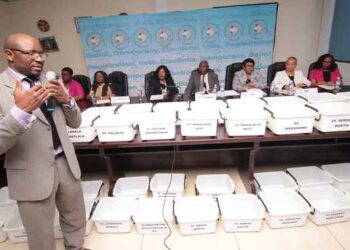 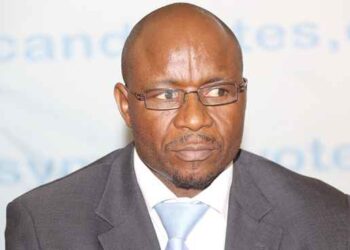 No one can stop elections- IEC