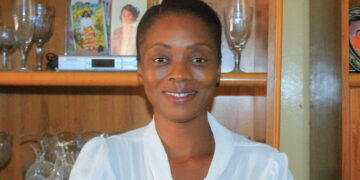 ‘WRITING A BOOK HELPED ME HEAL’

‘WRITING A BOOK HELPED ME HEAL’ 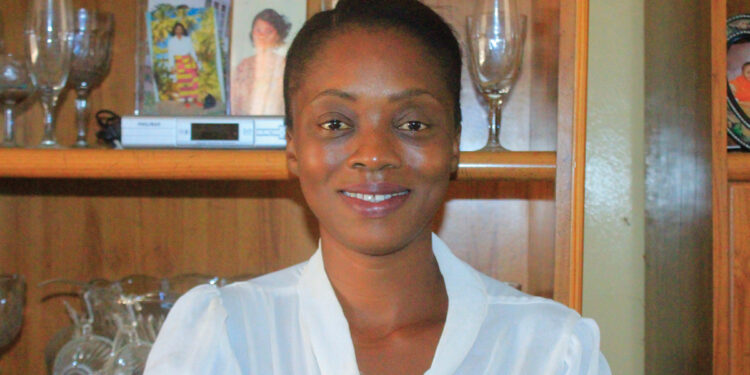 Last year (2020), Botswana experienced a surge in number of Gender based violence (GBV) especially against women and children during lockdown that was imposed to control the spread of corona virus pandemic.

Following increase in these cases, government set up special courts dedicated  to gender based violence  and related cases. Other stakeholders which included individuals also took part in sensitizing the community about the impact of gender based violence. While most of the victims of GBV choose to stay mum,  for fear of being stigmatized, some had chosen to talk about their experience.

In an interview, Janet Taunyane, a 36 year old, GBV and Mental health activist and survivor from Serowe, on Thursday, she said the experience she went through  with gender based violence contributed to her activism. “I am generally a loving person, and I also had a experience with GBV, where I was raped when I was doing standard 2 by our garden boy in Selibe Phikwe and I was also molested by my father’s friend when I was doing standard 5,” she said.

She said the two incidents which she never reported to both the police and her parents left her traumatized. “I never told my family, the garden boy was discovered by our maid on top of me before he ran away, I was only doing standard two, my expectation was that she will tell my parents, so she never said anything, I also kept quite and lived with that in my head,” she said.

However to cope, Taunyane said she managed to block the ordeal for most of her life. She said nevertheless the trauma was triggered while at the university in 2008 where she joined a club that helped orphan children, abused children  and some who went through the same ordeal. “I ended up getting sick, those who counselled me, according to what they told me is that when something like that happen, usually a person’s reaction is to put that at the back of their head and sort of forget about it for sometime, you become numb, I became numb for most of my childhood, but when I got to the university, my involvement with helping the abused children triggered what I have forgotten and I broke down and went into depression, went through anxiety and even as far as schizophrenia,” she said.

“So I started medication on that, I have been on medication since 2009, but I feel I am winning the battle of mental health, because it was a trauma that happened  and it never goes away, you don’t forget it, I have to deal with it everyday, and I have positive things to say to myself and to people out there who had experienced GBV, that you can be courageous, you can be positive, so everything I wrote in a book that i compiled,” she added.

Taunyane said the book which was published in 2018, and titled RISE is an inspirational, and motivational book. “The reason why I titled it RISE is because when you have gone through this things, you become dead, you are robbed of your innocence, you just don’t know how to live anymore, so I am saying to the people let’s  just rise and take this life head on, we can make it, we can beat what the devil is trying to do, the negative thing that happened was meant to suppress me and kill me, so I am rising I am ignoring that fact and choosing another direction of my life, so it must be upward,”  she explained.

“ The book entails the experiences I went through from childhood, the abuse, the way I was, how I coped up until I  became strong, living with mental health, people don’t understand that it is an everyday battle, it is all entailed in this book,” she further explained.

She said the book also act as a guideline for parents of how to raise their children, how to relate with their children, so that they may be able to open up to them  whenever they are in trouble or they experience abuse.

She further said the book is basically a guideline, as it gives a lot of principles of how to live and how to go about things from somebody who had been through the most of life.

Furthermore Taunyane said writing the book which can be accessed on playstore and downloaded under ixcess at a reasonable fee helped her heal. “What I can tell you is that I am healed, I have forgiven, I no longer have that torment in my mind, it healed me to keep looking forward, not what happened in the past,” she said.

Goaba’s eyes on the ball

Goaba's eyes on the ball