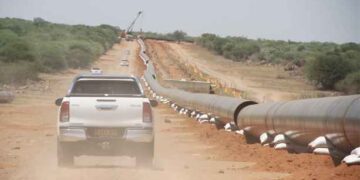 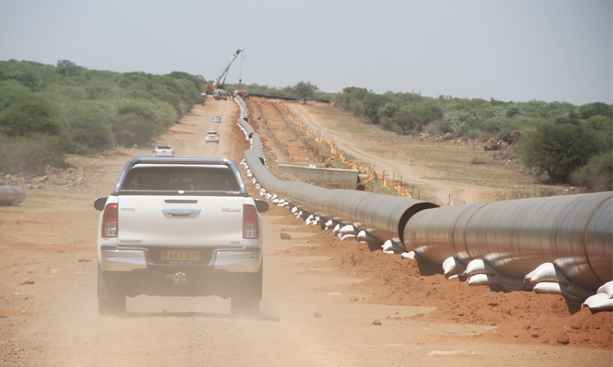 Political interference in the awarding of the multi-billion Pula tenders is said to be frustrating Project Management Officers (PMO) who feel that Office of the President is making their work difficult through constant interference.

The PMOs – mostly from the Ministry of Land Management, Water and Sanitation Services which handles huge and highly lucrative engineering projects – are accusing OP of frustrating the projects and compromising the lives of Botswana. One such project is the North South Carrier Project where water pipelines are being set up to transfer water from the dams in the north east to the southern part of the country.

The PMOs have threatened to resign and expose the corrupt practices within the project which they say is being orchestrated at the OP.

The PMOs said that they were shocked this week when PPADB were ordered to award the tender to Zhengtai Group despite advice by the engineers that it doesn’t make economic sense as it will cost additional P300 million.

The tender is for the design and building of a water distribution network, sanitation reticulation, telemetry and scads and associated works in Maun which was initially awarded to China Jiansu at the tune of P1.5 billion.

“We told them that the issue is before the court and must wait for the judgment and also disregarded the recommendation by Public Procurement and Asset Disposal Board (PPADB) that no sufficient information was given for terminating the contract of China Jiansu,” revealed a source.

PPADB board had clashed with officials of Ministry of Lands, Water and Sanitation over whether to terminate the tender or not and award it to the next compliant bidder.

PPADB board argued that the procuring entity had failed to furnish them with information on the security threat posed by China Jiansu and reasoned that they cannot act on hearsay.

“Therefore, any party that makes an allegation that a third party has made any calling in respect to any procurement ought to submit communication to the Board to note. The letter does not provide enough information for the Board. It would have been better if the DIS could provide a certificate as stated in ISS Act for entities that are regarded as threat to national security,” read the minutes.

The awarding of the tender to Zhengtai is going to cost government extra P300 million and the PMOs have maintained that it doesn’t make economic sense.

“Rather why not cancel the tender and call bidders again rather choosing a company which is way expensive than the initial contractor,” said a worried government engineer.  China Jiangsu International had won the tender to the value of P1.5 billion with Zhengtai Group coming second with a quote of P1.8 billion.

Last month the PMOs were again summoned by Permanent Secretary to the President (PSP) Carter Morupisi and the Lands and Sanitation senior leadership regarding a technical evaluation undertaken by the consultant Bergstan Consulting Engineers for the P1.3 billion Masama/Mmamashia pipeline.

The technical evaluation, which this publication got glimpse of, had listed WBHO, Consolidated Contractors Company (CCC) and China Jiangsu/ Unik Joint Venture among the top three.  The three were supposed to go for financial evaluation.

The tender being evaluated is labeled contract 01. The PMO were instructed to go and re-evaluate the tender as they were told that some of the companies which have been shortlisted posed a security risk.

“We were informed to disregard the recommendation by the engineering consultant Bergstan Consulting Engineers and do the technical evaluation ourselves,” revealed the source.

The PMO revealed that one of the reasons that they were instructed to do the technical evaluation themselves was because Bergstan engineers refused to be bulldozed in doing something unethical.

Officials have accused OP and the Directorate of Intelligence and Security Services (DIS) of using the ‘security risk’ issue as a way of vetting out contractors who are not greasing them financially.

As tender wars that deal with the NSC project through which major villages such as Kanye, Molepolole, Mochudi and others should be supplied with sufficient water, villagers in these areas are in dire need – with some going for days with no single drop while their water bills are shockingly rising.