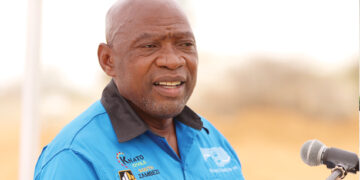 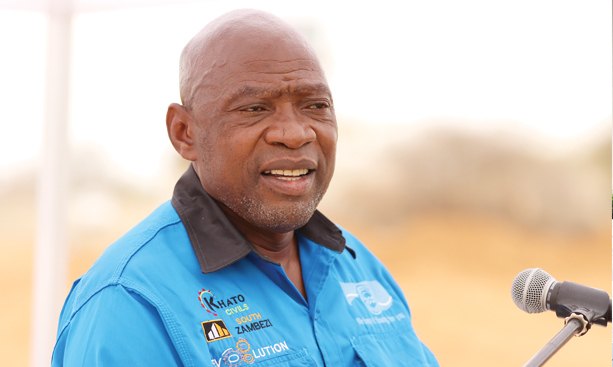 Speaking at Rasesa in the outskirts of the capital Gaborone where a 20 million litres feeder tank is about to be completed, Phiri oozed confidence about the quality of his workmanship, saying the project was an outcome of ‘black excellence’. “The project is about 95 per cent complete. We are moving well. The feeder tank’s roof will be done in the next few days. The pipe jerking is also being finished. We are determined.  The engineers in this project are one of the best in the world,” he declared, saying it is an honour for him to deliver this project for the country.

“This to me is Tirelo Sechaba. I am honoured to work on this project. To those who are sulking and wishing us away; too bad – we are here to stay,” said Phiri – born of a Motswana mother from Tonota and Malawian father.

The astute businessman declared: “For me I get full satisfaction in getting water from Masama to distribute to areas that have long suffered. The water will solve problems for many lives. This is quintessential. I feel good that I have supported my country.  This is itself payment. I am honoured and happy that we have done this project with 99 per cent black engineers, with all artisans being black. This is true black excellence. Those who do not want me here should just stop sulking. We are now part of the fabric here. People should just make peace with our presence here”.

He said he has done a lot of similar work all over South Africa and is comfortable with the outcome of the Botswana project, vouching for the high skill level of engineers involved. “I can tell you that the excellence of thought and ingenuity with work engineers is one of the best in the world. You can underrate them at your own peril. They are driven. They are jacked up. They understand the engineering business,” he said.

He proclaimed his proficiency in bringing together the vital cogs that deliver an engineering project.  He said what they have achieved so far is what other companies take three years to complete; saying rains have only caused slight delays.

He rubbished claims that they robbed Government of millions of Pula by over pricing the project.

“When one makes profit they are accused of fleecing the state. We live in a free enterprise. I can’t just come here and burn myself down for nothing. Once you price the project properly you will be able to pay your people properly and other involved entities,” he declared.

Phiri said his company employed many locals in the project though some who had assumed it was going to be long term engagement.  “This job is a contract job. There are some people who come early and once their job is done they go. I cannot employ people permanently because I am not permanent myself. This is contract-based employment.  It is not dismissal; the contract would have come to an end. “We have another contract with Treatment Plant once we start the steel fixers will be engaged. All these are Batswana and they are among the best steel fixers that I have worked with. These people are good and can compete with anybody anywhere,” he assured.

The Pan Africanist construction mogul said they are advancing on opening a pipe manufacturing plant in Selibe-Phikwe, which will immediately supply pipes to their Malawi project.

“I have a project in Malawi. We wanted to produce the pipes in Malawi but we didn’t have sufficient supply of power required to produce the pipes. I have talked with Botswana Power Corporation (BPC) and they have confirmed that they have enough power and hence we are launching the pipe plant in Phikwe.  We rather set it up here and produce pipes that go to Lake Malawi/Lilongwe project,” he said.

There is another 200 km pipeline in the Congo for which they intend to produce pipes from the Phikwe plant.  However, he said, he would expect that as a locally based operation it will also get local jobs.  They also have upcoming jobs in South Sudan and Zimbabwe. 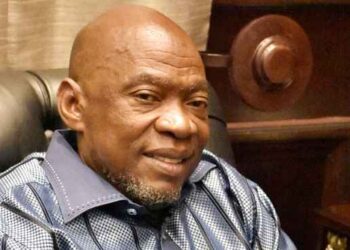