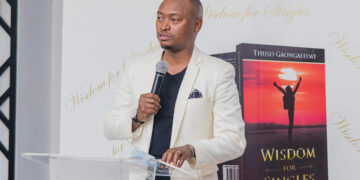 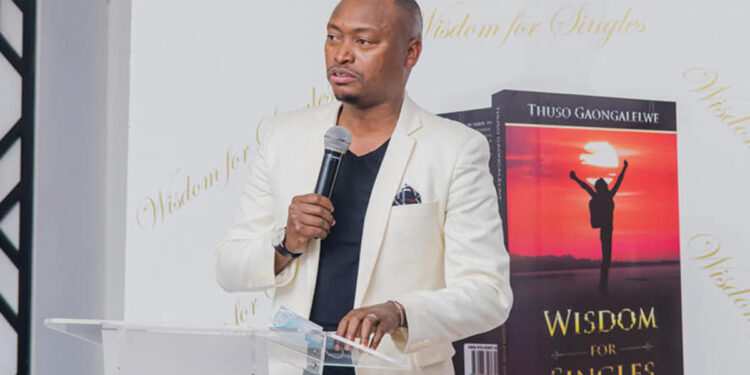 Pastor Gaongalelwe while launching the book said that it aims to impart wisdom and brings change. “As a marriage counsellor and founder of honey after honey moon, an interdenominational couple’s ministry focusing on rejuvenation marriages, I have dealt with the different marital issues that I believe would not have been the issues if some considerations were made at an early stage of dating. It is against this background that I got inspired to pen down the wisdom for single for one key reason: to encourage single people to make informed decisions in the every area of their lives while still single,” added the youthful Bible Life Pastor Gaongalelwe.

According to him, the escalation of divorce cases in churches and communities are worrying.

He said that the skyrocketing figures on cases of divorce annually shows that there is a big problem.

“In 2017 from January to September as reported by Utlwanang Gasennelwe, of the Weekend Post, 893 divorce cases were registered with high court. Averaging this 893 means 99 cases were registered every month. Totalling the whole of 2017 with 1190 divorce cases. Also, just before the year, in 2016 1316 cases were recorded still with high court.  These statistics paint a dire picture of the status of divorce in our country,” he said noting that intervention is key.

Also, he said that Passion killings have become part of our society, Statistics of the Botswana Police Service indicate that just in 2018, 194 people were murdered by those who claimed to love them.

Relationship break ups, according to Gaongalelwe are just a casual things as  almost every day there is a relationship break up in two (2) hours with this leading to a lot of depression, hurt and heart breaks making others the people who cannot trust and love properly again.

“I am so convinced that most of all these tragedies could be avoided if people were able to have invested in their single hood and become the best that they were created to be. It is through this book that we are trying to contribute in building the society by giving the most relevant keys and information,” he said maintaining that for one being single is not strange.

Founder of Bible Life Ministries, Apostle Dr Enock Sitima said that the discussion about the single hood should be tackled in a spiritual manner noting that singleness will never leave us.

“The position about singleness is that it is here to stay and it will never change. Marriage is also all being single because one partner will pass away in the process and one will remain single. Singleness is relationship of ourselves until we get the wisdom to understand it,” said Apostle Dr Sitima.

Apostle Dr Sitima said that it is vital for single people to gain wisdom and meditate at all times.

Nteta is new MD for Sechaba

Nteta is new MD for Sechaba