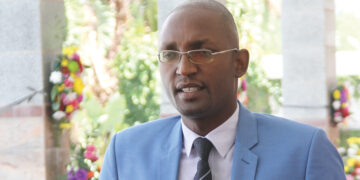 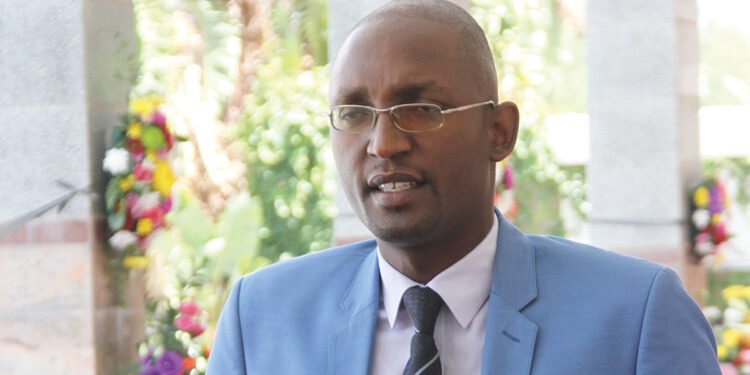 Nkaigwa says only time will tell on my future plans

Healy maintains there is no BDP plot to oust him

The ruling Botswana Democratic Party (BDP) is considering former Gaborone North MP Haskins Nkaigwa to be its parliamentary candidate for Gaborone Central in the 2024 elections to replace the incumbent Tumisang Healy.

Information gathered by this publication is that a campaign is underway to have Nkaigwa as BDP candidate to face Healy in the 2023 BDP primaries.

The incumbent youthful MP Healy is said to have fallen out of favour with constituency committee. Sources say former Gaborone Mayor, Nkaigwa who recently joined the BDP from opposition coalition Umbrella for Democratic Change (UDC) is seen as the best resourceful candidate in next polls.

A plot to topple Healy is allegedly being masterminded by some BDP top brass who are not pleased with his performance at Parliament. Furthermore, Healy is accused of neglecting the constituency, including the BDP structures too.

“MP Healy is an unwanted man in the constituency as the party structures are not happy with him at all and he could be on way his out. Nkaigwa could be on way to Gaborone Central so as to challenge Healy at primary elections. A campaign against Healy is gaining weight,” said a source.

The BDP’s political wing at the University of Botswana (UB) – GS 26 – is also said to be unhappy with the MP.UB student politics are always very influential in Gaborone Central. As a result, it is said that the BDP Central Committee is unhappy that GS26 lost the UB Student Representative Council (SRC) elections to the opposition.

“The party lost all the 13 SRC seats against the Umbrella for Democratic Change’s (UDC) Moono wa Baithuti. What is more worrying is that the opposition victory was a combination of UDC and the Alliance for Progressives’ (AP) UB Progressives. Healy has come under a baptism of fire for a dismissal performance and the UB political movement is plotting his downfall,” source added.

In an interview on Thursday, Nkaigwa said he is still to make any political ambitions in the BDP. The former Gaborone North MP said for now he is at peace at BDP since defecting from the UDC.

“That’s not true my brother. No one has ever lobbied me to represent the BDP in Gaborone. Only time will tell on my future plans but at the moment there is nothing like that,” he said, cagey with details.

The youthful Healy ascended to Parliament in 2019 in a shocking victory when he defeated the two political kingpins being Dr Phenyo Butale of AP and Dr Mpho Pheko of the UDC. It is reported the current opposition unity talks between the UDC coalition and Botswana Patriotic Front (BPF) and the Alliance for Progressives (AP) are giving the ruling party leadership sleepless nights.

As a result of the pressure on the party, it is said the BDP leadership is taking no chances in ensuring that resourceful candidates are identified at the Bulelwa Ditswe going to the 2024 polls. Sources inside the BDP say that the current televised Parliament session has exposed the party.

Consequently, it is said President Masisi has lost confidence on a number of his party MPs. At some point, some MPs both in the backbench and cabinet told this publication that they were no longer comfortable with the live parliament broadcasting on Botswana Television (Btv).

However, BDP Parliamentary Chief Whip, Liakat Kablay, said live beaming won’t stop. According to the veteran Kablay, the live beaming of parliament is bringing discipline to the house.

“As government whip I never had problems with the issue of quorum because voters will see for themselves on television whether their MPs attend parliament on not. So, the MPs who are not doing well should up their game and don’t blame television for exposing them,” said Kablay.