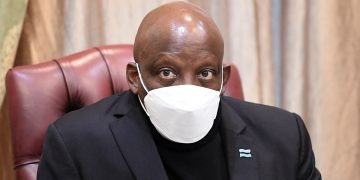 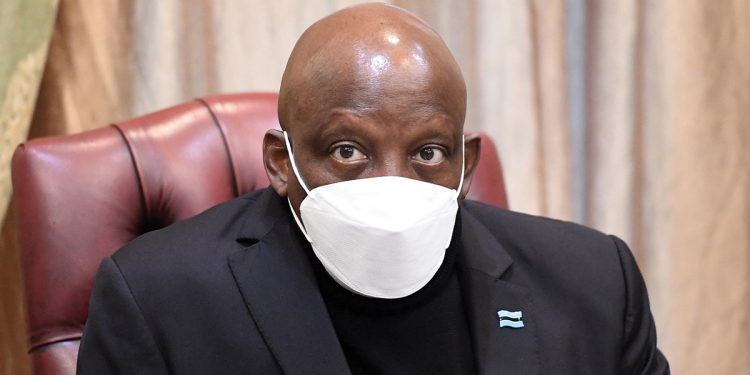 Molepolole South MP Kabo Morwaeng has been implicated in an attempt to manipulate the outcome of congresses, which primarily elect new committees, in no less than three Council wards in his constituency.

The three wards- Bonewamang, Sebele and Gamodubu have since lodged complaints with Botswana Democratic Party (BDP) Kweneng West Region office against the process of conducting congresses that elected new committees just before and after Christmas in December 2021. Consequent to the developments, a BDP Molepolole South branch congress that was scheduled for Thursday failed to take place following a postponement by Kweneng West Region, pending the resolution of complaints from party members.

The postponement of the branch congress was announced by Morwaeng – who is the Minister for Presidential Affairs, Public Administration and Governance, at a branch meeting held at his residence in Molepolole on Thursday afternoon. On the same Thursday afternoon, complainants from Bonewamang ward were summoned to appear before Kweneng West Region committee to ventilate their grievances.

Top of the complaints is that delegates from different wards in Molepolole South constituency, among them Gamodubu and Bonewamang, who were invited by Morwaeng to collect Christmas gifts at Kgari Sechele Senior Secondary School were later coerced to hold congresses impromptu and elect new committees. It was only after such an election that they would be handed the Christmas hampers. Apparently the explanation given by Morwaeng was that democrats from cells in those wards refused to attend meetings when invited and therefore since they formed a quorum they must hold their congresses at KSII.

Although some members in attendance from Gamodubu and Bonewamang tried to object to holding congresses outside their wards (Kgari Sechele is in Lephaleng ward), they were dismissed as Morwaeng insisted that as the area MP he has the power to determine the venue to host ward congresses.

The complaint from Sebele ward, which was heard by Kweneng West Region on Tuesday, is that there was confusion about the venue of the congress caused by the organisers who invited democrats from different camps to two different addresses (known to this publication). Instead of bringing together the two groups to conduct a ward congress for Sebele, and consequently elect a new committee only democrats attending at one of the addresses participated in the congress. Those kept at another address have since lodged an appeal arguing that they were disenfranchised or denied an opportunity to participate in their ward congress.

The Patriot on Sunday is in possession of  documents detailing complaints by the aggrieved.

Reached for comment late Friday, Setlhare refused to comment on the branch matters, indicating that she cannot talk to this publication, before hanging up her phone.

BDP Spokesperson Kagelelo Kentse said late Friday that he was not aware of any developments in Molepolole South over the postponed of a branch congress and protests lodged by some wards. He said most of time the issues pertaining to branch congresses or elections at general at any level of party structures are dealt with by the party’s Secretariat or political education office.

For many years Morwaeng has been the Secretary of the BDP Political Education & Elections Commission (PEEC).

In an interview on Friday, Sebele Ward Councillor Poloko Motlhobogwa confirmed that the branch congress has been postponed after he filed a complaint of irregularity at Sebele to the region.

According to the outspoken Motlhobogwa, Morwaeng is plotting the downfall of some councillors in Molepolole South constituency. “As the Sebele ward councillor, the branch has said to me that I should not meddle on the elections of ward committee but I wasn’t and Morwaeng is the one who is meddling. He used one of his favorite nominated councillor Dilucky Batsile to oversee elections in my ward. We protested because Batsile comes from Loologa ward, this was an irregularity brought by our divisive and meddling MP. Our complaint was listened to and we await feedback,” said Motlhobogwa.

Furthermore, Motlhobogwa said the intention by the MP is to place his supporters in key positions in different ward committees, hence his continuous meddling on ward elections. “As per the BDP tradition, the area MP cannot answer for ward committee issues like Morwaeng wanted to answer for complaints in my ward. As an MP, he has no authority to control ward committees but he is just ex-officio member. He can just offer advises rather than commanding or bulldozing ward committees. In short, the Molepolole South branch congress was just postponed due to the MP interference and nothing,” he added.

Morwaeng could not be reached for a comment as he repeatedly hanged up calls into his mobile phone until the time of going to print.