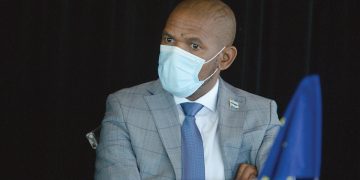 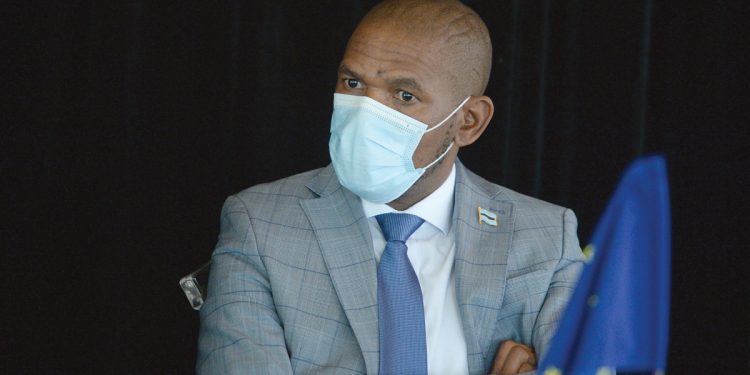 Moshupa-Manyana MP about to quit politics

Has been missing in an action due to ill health

Manake waiting in the wings to take over

Moshupa- Manyana constituency could be headed for a by-election as the area MP Karabo Gare is alleged to be about to quit politics to focus on his health, The Patriot on Sunday has learnt.

Gare, who is the Minister of Agricultural Development and Food Security has been visibly missing in action for a while both at the party and cabinet activities. It is said his family has advised him to take a break because it could add more harm to his health.

According to impeccable sources, Gare might leave cabinet and later resign as an MP “Gare will remain from the politics scene for quite some time hence he is considering to quits any time as he is focusing on his health first. The family has advised him to relinquish political office but he is still weighing on the options if he can be better to get back to work. If not, he might resigns from both the cabinet and parliament sometime this year,” said a close source.

Moreover, sources intimate that Gare has since communicated his future plans to  Masisi regarding his political career both as an area MP and cabinet minister. Should Gare step down from cabinet, Assistant Minister of Agriculture Beauty Manake who has been on acting basis for a period of five (5) months will take over ministry.

Sources at the ministry have also intimated that Gare will not be returning to work any time soon.

Several attempts to solicit comment from minister Gare all proved futile during the week.

Gare who is Masisi’s blue eyed boy first came into the political ground in 2018 after he won Moshupa- Manyana parliamentary by-election defeating Jonathan Sethono of UDC by garnering 4093 votes. The UDC candidate Sethono who was tipped as a favourite to win polls garnered 1530 votes.

Gare replaced Masisi as Moshupa-Manyana MP after he moved to assume country’s presidency on first of April 2018. He was immediately appointed the Assistant Minister of Trade and Investment (MITI) by Masisi deputizing the then youthful trade minister Bogolo Kenewendo who was a specially elected MP.

After the 2019 general elections, Gare was also retained as assistant minister of trade deputizing Peggy Serame who was last appointed Minister of Finance and Economic Development by Masisi.

In 2020, Masisi appointed Gare a full minister placing him at the crucial Ministry of Agriculture.

During the recently held by-elections for 11 council seats which Moshupa East was part of, Gare was also still missing on the scene, the development which has worried some of the constituents.

Electorates of Moshupa-Manyana are concerned that their MP has not communicated to them his whereabouts despite missing him at parliament sessions as well not being reached on phone as well.

Some of the residents including the BDP councillors from the constituency informed The Patriot on Sunday that their MP’s absence is cause for concern as developments for the area are stalled.

In an interview, one councillor who preferred anonymity said Gare has not even communicated with them for a while about the issues pertaining to the constituency.

According to the councillor, Gare has not even addressed Kgotla meetings as MP for a while. “We are deeply worried by the absence of our MP but the reports we gather is that he is not available due to issues related to his health. We cannot say he abandoned the constituency as he is not well but the electorates demand the developments at the end of the day,” he added.

Political analyst Kitso Morekisi said if Gare couldn’t make it to the upcoming February parliament session although he is being reported to be unwell, it would be a further blow for his electorates.

He said if Gare decides to quit politics, the constituency will undergo a by-election to fill his seat. “However, if by-elections is anything to go by, the BDP will likely to retain the constituency. The incumbency of Masisi who is a seating president will be big factor that opposition has to defeat to wins the constituency. Gare has proven to develop to be a good leader and if he can quit he will be a big loss to the BDP. He is one of the superb BDP’s firebrand politicians,” said Morekisi.