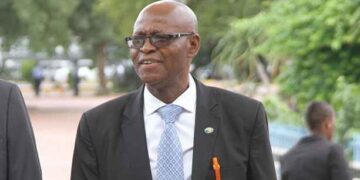 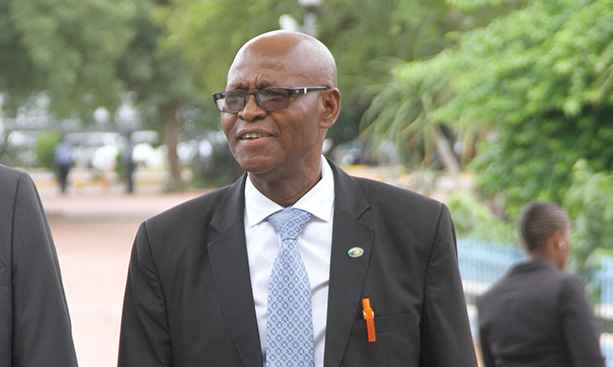 Head of Communication at UDC, Moeti Mohwasa, told The Patriot on Sunday late Friday that they are not aware of the development. “As the party we are yet to receive communication from Kesupile about his intentions,” he said briefly.

The long serving BNF member lost primary elections in a disputed contest polling only 799 votes against Victor Phologolo’s 1078. Two other primary election hopefuls Tiroyaone Khutlo got 661 votes while Osenotse Mabote got 416 votes. After the delayed results were announced, Kesupile and the other candidates registered objections refusing to accept the outcome, which led to a re-run in some wards where complaints had been raised. Kesupile in an interview with this publication on Thursday confirmed that he will be running for elections as an independent candidate, clearing confusion that has been surrounding his fate. He will be facing the youthful parliamentary aspirants being Dr Lemogang Kwape of ruling Botswana Democratic Party (BDP) and Victor Phologolo of Umbrella for Democratic Change (UDC).

The MP’s decision to go solo has not settled well with some of his comrades at UDC who accuse him of trying to split votes for Phologolo. But Kesupile partly blames the misinformation on the media. He accused journalists of demonising independent candidates, portraying them as sore losers when the right thing to do is that all candidates should be treated equally and fairly. He said contesting as an independent is not unlawful and should be acceptable to everybody because it provides an alternative to choose members of parliament and councilors.

Traditionally, Kanye South constituency is a Botswana National Front (BNF) stronghold as it has been under the helm of Ompitlhetse Maswabi as MP from 1999-2009. Kesupile pulled a big surprise when he defeated the late  Maswabi during the 2008 BNF primary elections after he just joined the party from BDP in 2006 and went on to win the 2009 elections.

Maswabi went on to protest the results citing fraud and irregularities but he was unsuccessful. During 2014 elections Kesupile was re-elected for the second term after defeating BDP’s Dr Lemogang Kwape who is contesting for the second consecutive period to eyeing unseat BNF dominance in the constituency.

A University of Botswana political analyst, Leonard Sesa, said the unprecedented number of independent candidates in 2019 is largely attributed to disputes caused by primary elections last year. He said most of the political parties experienced a lot of instability over primary election results, which led to disgruntled losers either defecting to other parties or contesting as independent candidates.

Sesa observed the opposition parties to also produce independent candidates, such as Abraham Kesupile, clearly shows that primary elections results protests should not be taken for granted. “Its high time political parties review their internal voting system such as Bulelwa Ditswe to ensure that they are aligned to the dynamic political landscape. In addition, the disciplinary measures such as suspending of members causes a lot of divisions within parties. There is also strong need to stop bias by party leaders to some candidates,” said Sesa.