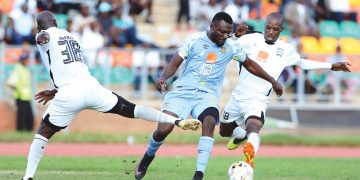 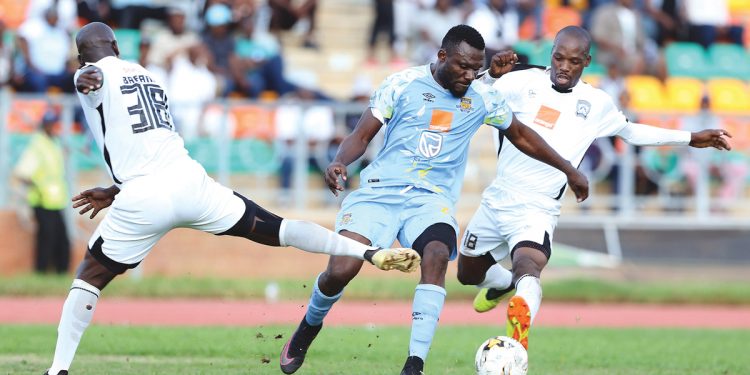 No Jab, No Entry

Covid19 vaccination passports will be mandatory for entry at football stadia during the long awaited Premier League games, which kick off on Friday, October 30th, Botswana National Sport Commission (BNSC) has confirmed.

BNSC CEO Tuelo Serufho said the primary objective is to ensure that sport spaces are as safe as possible and to further encourage people to vaccinate, which according to the BNSC can only be good for the country. “Vaccination is not forced but for the reason of protecting our patrons, we are only allowing those who have chosen to be vaccinated. The 30 plus year old’s that want to go to venues can prioritize getting vaccinated,” he added. Serufho also made mention of countries that have already begun implementing the mandatory vaccine card in gatherings such as South Africa and Qatar to add emphasis that Botswana is not the only country enforcing the strict requirement.

The issue of spectators’ access to stadia is currently discussed with the Botswana Football League (BFL) leadership but for all intends and purposes is a done a deal. Local football giants, Extension Gunners alias Mapantsula of Lobatse will lock horns with the most decorated premier league side Township Rollers aka Mapalastina on Saturday afternoon at the National Stadium in Gaborone, in a double header that will also see elite league debutants Masitaoka FC of Molepolole take on arch rivals Mogoditshane Fighters.

BFL Chief Executive Officer (CEO), Solomon Ramochotlhwane said because of the short notice regarding mandatory vaccination cards, they have since filed a request on time and the final decision is in the hands of the BNSC. “We have not made a decision, we will announce after consultations with the BNSC,” he said, adding that there will be no further extensions to the kick off date for the league after successfully facilitating for the vaccination of all players and technical team. “We cannot start the league when the players have just been vaccinated, they need three days to rest. We were helped late with the vaccine by the powers that be but had long requested for the dispensation three months ago,” he said.

Ramochotlhwane revealed that the BFL has made commendable strides in preparations for the league to resume by successfully securing up to P14 million for the commencement of the league. Sponsors include ABSA Bank, BNSC and Botswana Television (BTV) with prospects of signing a title sponsor sooner than later. “Lack of a title sponsor cannot delay the start of the league. There are different models used to fund the leagues across the world and we are no exception,”Ramochotlhwane said.

Gaborone United FC (GU) Chairman, Nicholas Zakhem highlighted that given ongoing preparations, it is safe to believe that they are on course to put all grievances to rest. “I can say that we are in harmony as shareholders and such will be evidence in the coming days as the league kicks off. Other logistics like fixtures, play rules and regulations are all finalized, so is our financial target to commence the league is in place,” he added.

Extensions Gunners FC Communications Manager Oarabile Kgosiesele said they are working tirelessly to look for friendlies in preparation for the biggest game ever coming on October 30 against Township Rollers FC.  “We managed to vaccinate our team and technical staff and almost 90% is vaccinated save for a few who were held up by family and work-related matters. We are hopeful that the anticipated 50% attendance can be increased to at least 75% so we can have a good start as this is considered a category A game hence all structures to make it a success should be in place,” he added.

Kgosiesele explained the need to remember that potential investors to both the league and other teams had pulled back and them seeing the hunger from both players and supporters can somehow change their mindsets. “We have been away from being competitive and the first 2 games will determine how prepared we are and Gunners has been a forever ready team as history shows,” he added. Kgosiesele said the club is in support of vaccination cards at football gates explaining that it is their duty as teams to support every effort by Health officials by following all measures that can help prevent the spread of the virus. “We plead with all supporters that are eligible to vaccinate to do such so we can all go back to where our happiness is rooted,” he urged.

Township Rollers Public relations Officer, Bafana Pheto shared a similar feeling of excitement against going head-to-head with Gunners FC as the headlining match for the premier league; more so that they have been off the field for a while. “We are more than ready and have been since March but were unfortunately disturbed by on and off closure due to Covid-19 regulations,” he added.  Pheto added that training has been in session and their players are fit for the game as well as vaccinated ahead of the game. Moreover, Pheto promises a stellar performance from the players driven by their dedication to remain at the top of the league.

Mental health: a chat with kids