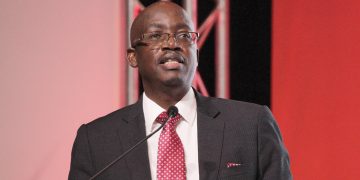 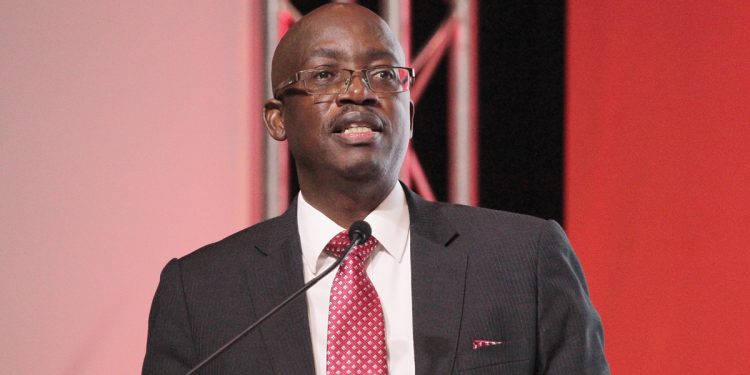 Although in many countries constitutional review is initiated by governments; there is merit in the argument that since people are the owners of the constitution they must be able to change it if they wish and they must be enabled to do so. Of deep concern in many newly democratising countries is a populace which is able and willing to engage in the political process and to insist on its rights. People may be accustomed to older forms of rule, based on tradition, often hierarchical, sometimes arbitrary, with little possibility of challenging authority.

In some countries the authority of the people to directly initiate constitutional change, has long been recognized. An example that comes to mind is Switzerland, where by a proposal submitted by 50,000 voters—and subject to a referendum, people can initiate the review of the constituition.

The above approach contrasts sharply with the attitude of constitution makers in Germany (and other European states) after the second world war where confidence in the ability and judgment of the people had been shattered. As Bogdanor writes, ‘There was, in the constitutions of the immediate post-war period—the Fourth Republic in France, the Italian and the German (as well as the Japanese)—a  revulsion against any philosophy which exalted the political abilities of the average citizen…Nowhere on the Continent is there to be found any genuine ‘belief in the common man’ (1988: 8). He then goes on to make a judgment, ‘Perhaps it is for this reason that the Italian, German and Japanese Constitutions have proved so much more durable than their predecessors in Central and Eastern Europe between the wars, marked by a massive positive enthusiasm for national-determination and for the fulfilment of social and economic rights.

In designing the procedure for public participation, it is important to bear in mind some problems with participation: manipulation of the people by interest groups, ethnicisation of opinion, spontaneity and populism, diminishing the role of experts and making consensus building harder. The challenge for participation is to avoid these perils. The procedure must address questions of the preparedness of the people, both psychologically and intellectually, to engage in the process, the methods of soliciting views of the public and special and organised groups, the analysis, assessment, balancing and incorporation of these views.

The engagement with the people cannot be ‘one off’ but must be continuous, including fresh opportunities to comment on the draft and meaningful forms of participation afterwards. Transparency and integrity are essential to win and sustain people’s trust and confidence, and to guard against the dangers of manipulation; otherwise constitution making can easily become just another form of politics, driven by narrow and short term interests, and generating bitterness instead of goodwill. In other words, the participation must be deliberative, not the mere aggregation of interests and demands.

Much of the discussion on popular participation focuses on the relationship between the institutions responsible for making the constitution and the people or social organisations. But equally, and in some respects even more important, may be the initiatives that civil society organisations—trade unions, women’s organisations, religious or cultural communities, the disabled, minorities, think tanks—take themselves in facilitating public debate, educating the people in the intricacies and significance of the process, aggregating and mobilising public opinion, doing research, calling meetings and conferences, advocating and lobbying, disseminating ideas, not only in plush hotels but in the country side too, journeying to the far corners of the country, engaging with the people rather than pontificating. In this way even if the formal process makes little provision for formal participation, the voice of the people will be heard.

Writing about the Kenya process, Professor Emiritus Ghai has said, ‘The nature and degree of public participation had undoubtedly a profound impact on the process. It enlarged the agenda of reform and turned an elite affair into a national enterprise. It facilitated efforts to redefine politics and political process (and indeed substituted for ordinary politics). It was almost the first time since independence that the people engaged in ‘rational’ and discursive politics, and focused on issues other than ethnicity.

Prof Ghai says participation promoted not only conversations between the people and the commission, but also among the people themselves. It produced firm articulation of the interests of groups based on non-ethnic affiliations (trade unions v. employers, rural versus urban, tradition versus modernity, agriculture versus industry, the unemployed versus the employed, elderly versus the young, disabled versus the rest, women versus men, pastoral versus settled communities).

He argues that the discourse among the people made them aware of the histories, contributions, anxieties, aspirations of others, deepening understandings that are so critical to developing national identity and unity, and a sense of justice. This approach facilitated the CKRC [Constitution of Kenya Review Commission] task of balancing different interests. In turn it gave very considerable legitimacy to the process.

In some countries the Constitutional Review Commissions instead of facilitating peoples’ participation worked to undermine it. In Afghanistan the constitution commission completely ignored public submissions; indeed it tried to misrepresent them in its report.

The Process of Constitution making is not an easy process. It requires patience, tolerance and listening abilities of those assigned to collect the views of the people. The process must inevitably lead to a legal document – perhaps one very different from anything the country has had before.

Agreeing on a broad set of principles and goals

Agreeing on institutions and procedures for making the constitution

Consulting people (including, where relevant, diaspora)

Consulting experts and critically engaging their views or opinions

The referendum (or any other mechanism of ratification).

Bringing the constitution into force.

Distinguishing a constituent assembly from other constitution making mechanisms might suggest that it is a distinct species (with its generally accepted characteristics). But the fact is that between constituent assemblies there can be (and have been) enormous differences in the composition, functions and modes of operation. These differences have a major impact on the manner in which the process of making a constitution is conducted as well as its orientation and outcome.

Assuming that the process is not to be simply an elite one, it will be necessary to set up processes and mechanisms for gathering the views of the public. These will involve preparing the people for consultation by providing civic education on the process, country’s constitutional history, and constitutional options, and then consulting the people, proactively soliciting views, and offering ways for spontaneous views to be submitted.

The ‘people’ may include usually neglected sectors, sectors still hard to reach, in the rural areas. The view of the people must be analysed, and somehow fed into the decision-making system. Almost all processes include some consideration of foreign experience; how is this to be gathered – by research, by overseas visits, by visiting foreign experts? And by what mechanism will any valuable insight be fed into the local process.

At some point a draft constitution will probably be prepared, to serve as a basis for detailed discussion. When this is done and who does it may vary.

When a full draft has been prepared, it is very common (and desirable, though not universal, practice) to make it available for public discussions. Again, there may need to be a process for feeding public comment back into the deliberations.

The ‘making’ of a revised or new constitution will be a section by section detailed discussion and analysis – of the draft or perhaps of the existing constitution – in the light of the comments of the public and of the wishes and views of the negotiating parties and of the members of the body charged with this process.

The document adopted must then become law – which itself may be done by Parliament, by the adopting body itself especially if that is a constituent assembly) or by some other mechanism (possibly a referendum). This process may be one that is within the existing constitution.

A referendum is not a universal feature of constitution making processes.  But many countries have had one as the enacting event of the Constitution or as a pre-requisite for final enactment. Some countries resist the use of a referendum as binding but would accept one as advisory (but advice that if clear could hardly be ignored).