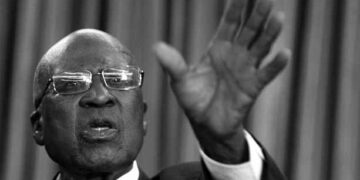 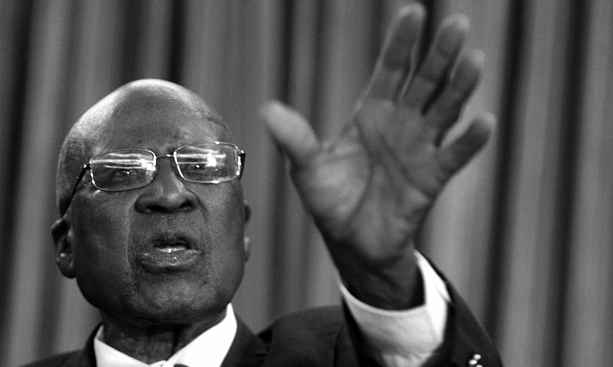 The Umbrella for Democratic Change (UDC) is deeply saddened by the passing away of Ntate Andrew Mokete Mlangeni who was a long-time member of the African National Congress (ANC). Ntate Mlangeni died last night aged 95, at a military hospital in Pretoria.

He was a respected political activist who together with Cde Nelson Mandela and others were imprisoned after the famous Rivonia Trial in 1963.

He joined the ANC in the early 1950s before being sent on International military training after which he was arrested, found guilty and sentenced to life imprisonment on Robben Island.

Ntate Mlangeni was the last surviving of the famous Rivonia convicts, and had been acting as a spiritual and intellectual fountain for the ANC and its fraternal partners in the liberation of Africa and its people from social injustices like racism, poverty and corruption.

The UDC remains inspired by the exploits and the achievements of the likes of Dr Mlangeni whose fight for a course for justice was never in doubt. He and others made sure that the ideals of the struggle for liberation were ultimately met and implemented.

Dr Mlangeni remained a voice of reason for the ANC and the country and often criticized his own party as and when it erred.

Dr Mlangeni should serve as an example of selflessness to political activists and leadership that one can champion a course they truly believe in until that course is achieved without compromising themselves or the people’s project.

The UDC therefore wishes to acknowledge Dr Mlangeni’s contribution towards liberation with the greatest humility.

We are deeply indebted to Dr Mlangeni and his peers.

We wish to comfort the Mlangeni family during this most difficult period.