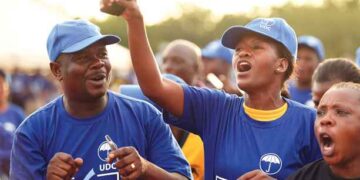 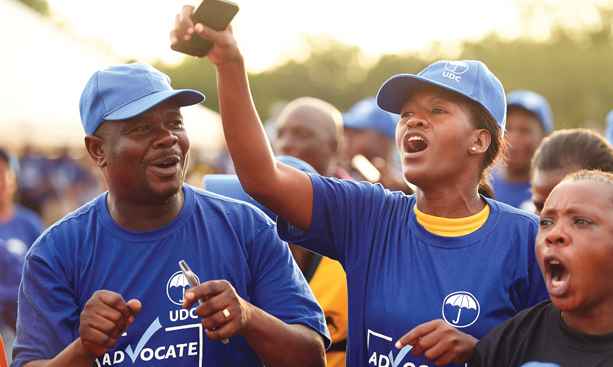 The opposition coalition Umbrella for Democratic Change (UDC) is on the verge of collapse as the party’s credibility for unity ahead of the 2019 general elections is severely dented based on several cracks that have developed; pundits have observed.

Fresh cracks has begun to appear in the opposition alliance following  the recent clash of the two influential contracting partners in Botswana Congress Party (BCP) and Botswana National Front ( BNF) over the candidature of BCP’s Dr Mpho Pheto for Gaborone Central constituency.

The recent clash – escalated on social media – political commentators say shows that the constituency allocation within the UDC remains an endless nightmare.

Political analyst Anthony Morima has cautioned that unnecessary clashes within the UDC contracting members should be a cause for concern for members; pointing the finger at UDC President Duma Boko’s tendency of using legal perspective over party matters that required a political solution.

Morima acknowledged that even without BMD the party was unstable, warning that there was no time for clashes as elections time approaches.

“The UDC is in a serious crisis in the meantime because of the internal disagreements that still mars the party. UDC is not united at all and I am confident that President Masisi’s BDP will white wash the opposition with a big margin in this year’s elections. Masisi is countering the opposition in all aspects in terms of forging campaign strategies ahead,” opined Morima.

Morima said the recent move by Moono wa Baithuti’s decision to dump the UDC is another clear sign that the party is in disarray. He said UB-UDC SRC‘s disassociation from the UDC should be a cause for concern for the party.

The BCP through its Youth League announced the endorsement of Dr Mpho Pheko as the UDC candidate for Gaborone Central, a move that led to the exchange of jabs between the two parties.

BNF accused the BCP of Machiavellian tactics in endorsing their member as the UDC candidate without the consent or meeting of the UDC National Executive Committee (NEC).

“This is regrettable. As the BNF central constituency committee, we wish to state that through this childish and manipulative announcement, the BCP has adulterated all tends of good faith which are necessary in any negotiation process,’’ reads the BNF statement.

BCP backtracked with their spokesperson Dithapelo Keorapetse maintaining that only the UDC NEC will make the final decision on the matter after consideration of representations from the BCP and BNF constituency structures.

The party’s the University of Botswana wing Moono Wa Baithuti, which leads the UB SRC, has announced its decision to disassociate itself from the mother party leading to more loopholes within the party.

Mpho Molokwane, the president of the SRC under Moono Wa Baithuti, said the decision is due to the fact that the party leadership is failing to address issues that continue to derail its progression.

According to the wing, the failure of UDC to settle issues go as far back as 2017 with the internal fights of the Botswana Movement for Democracy and its subsequent split with the failure by the party leadership to inspire confidence on the UDC.

“The Moono wa Baithuti has noted with utter despair and disappointment the internal squabbles that have engulfed our mother party the Umbrella for Democratic Change for the longest time now. The UDC has failed dismally for a very long time to amicably deal with the problems that have besieged it,” they regretted as they pulled out.