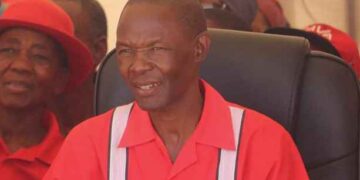 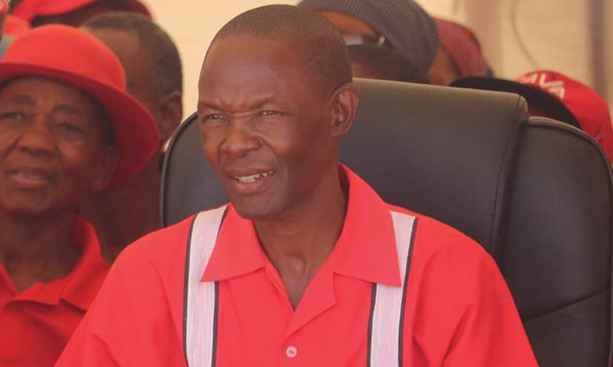 Thamaga  is  a stand-alone  sub  district  council  despite  the   current arrangement   which  has  paired   the   village  with   the   township  of Mogoditshane   to  make  Mogoditshane/Thamaga Sub district. Following  numerous  calls  to  make Thamaga  a sub  district many  years  ago  that  was finally  accorded  ten    years  back  however    due  to  issues   of  funding   the   village  was  forced   to  pair   with  Mogoditshane  in order  to share  the  available  resources. This  was said   by Member of Parliament  of Thamaga-Kumakwane Palelo Motaosane  in an  exclusive interview   in the sidelines  of  his  strings  of   Kgotla meetings  around the  constituency.

“The issue is Thamaga has been long declared a sub district, in fact it is Thamaga, Mogoditshane, Lentsweletau and Molepolole Administrative Authority. But due to financial constraints    we could not do   them at the same time. At   that time we decided to put Thamaga –Mogoditshane and Molepolole-Lentsweletau together. But in a nutshell these villages are sub districts it just that the government was broke at that time. Now  the issue  is to  speed up  construction of Thamaga because  there  was a set  target  that in a certain period of time both Thamaga and Mogoditshane  will  go   separate  ways  but  still  due  to  financial  challenges everything stalled just like you see that even  the building for Mogoditshane is yet  to be    erected. We once  tried  to  build the Mogoditshane  one with a Public Private Partnership  model  but  that didn’t  bear  any  fruits  however we still considering    that idea,” shared Motaosane.

Despite   the  village   been  accorded   the  status  of a sub  district, residents  and  the  constituents   still  have  to  travel   long  distances  to  seek   services  from as far as  Gaborone, Mogoditshane, Moshupa and Molepolole. Normally   a sub   district  comes  with  fully  fledged   rural  administration  services  such as District Commissioner’s offices and  immigration  offices   where   residents  can  obtain  omang, passports  and other services. As it stands the Thamaga Service Center   only   house the district commissioner’s office, social workers and youth offices.

“Now   this  situation   of Mogoditshane  and Thamaga  being together  is a great  challenge  because   Mogoditshane  is a  very  populated   village  which  in turn  constrain  other villages  around  it. So  we took a decision to   declare  Mogoditshane a   township such that  it becomes  a stand-alone  town like Sowa because  in all  respect  it is  in a status of a town    therefore at the end  the likes of Thamaga end up  suffering. Therefore the main aim is that soon Thamaga will break away from Mogoditshane. Some time  I always say  it  does not necessarily have to   be buildings, what we need  is manpower and all the services  provided-infrastructure  will come at a later stage .but I  can assure you that  Thamaga  has been  declared  so  it should be priority  number  and be constructed and   get  the services,”

Serving  a vast  area   from as  far  as  Mosokotso up to   Kumakwane- the constituency  headquartered  by  Thamaga   remains   challenged  when  it  comes   to  developments. Most  of  developments    which  were earmarked  for  the   past   National  Development   Plans(NDP)   have   been shelved or  died  a   slow death. Chief  amongst   those   projects which  were  promised  in the past  include a senior school, resealing of Molepolole-Thamaga  road and the  expansion  of Thamaga  Primary Hospital. All this    projects were never delivered  as the  village  remains with   dilapidated  hospital and police station though  servicing a general   constituency population of close to 45 000.Since  Moshupa Hospital  is on the pipeline  is  not  yet  known  whether Thamaga will  get   a new  hospital  anytime  soon considering the  vicinity  of  the two villages. Molepolole is also closer to   Thamaga and have a multimillion pula built   hospital something   which might   disqualify   Thamaga.

“NDP 11 doesn’t have anything  solid  for Thamaga but   there  were  plans   to   build a new hospital  emergency  department  and  more  13  houses for  nurses but only  four   have  been  built so far. Secondly it was mostly expansion of   primary schools by building additional   classrooms which are under construction. Another  issue  is the sub district matter instead of taking it forward  we should  take it  back  such that it  is attended  to  promptly ,”said Motaosane.

“The  Thamaga –Molepolole road  was supposed  to be   dealt  with  in  2018.At that  time it was what was  called   resealing  but it happened that  one of the constructors  was not happy  with   the  way bidding and selections  were   done. So  after the case  was dealt  with   the council  took  long time to  do re-tendering  of the project and  the  way  they  stalled  the  value  has  since  increased  and even now  the road can’t be resealed but needs  to be   destroyed  and construct  new one. Hopefully   I believe   it won’t take long to attend it since it’s on the minister’s desk and its funds are available,” said Motaosane. 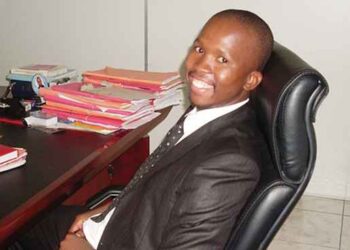