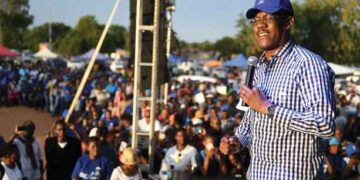 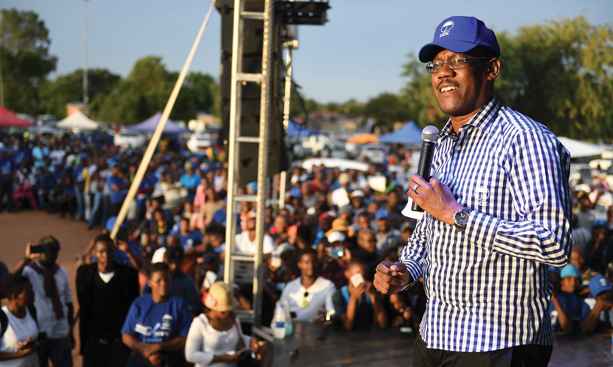 The Vice President of Umbrella for Democratic Change (UDC) and also Member of Parliament Elect for Maun West Dumelang Saleshando is back at the 12th parliament after a five years spell following his defeat in 2014 general elections. Saleshando garnered 9713 votes defeating Reaboka Mbulawa of Botswana Democratic Party (BDP) with 6409 while Moalosi Sebati trail behind with 557 votes.

Saleshando who is the President of Botswana Congress Party (BCP) suffered a shock defeat in the 2014 general elections to a new comer Dr Phenyo Butale of Botswana Movement for Democracy BMD of Umbrella for Democratic Change who garnered 4601 votes while he was voted by 3727.

Saleshando loss was attributed to the betray of struggle as his party Botswana Congress Party (BCP) did not join the umbrella project. The BCP President was down but not out but he regained the momentum as he contested at Maun West constituency to his tribesmen.

However, political pundits have observed that the second coming of Dumelang Saleshando is not only a blessing to Maun West constituencies but to the whole region of North west region. His win with a huge margin of 3312 against Reaboka Mbulawa of BDP shows that people of Maun West wanted his representation. His win also viewed as a reject to BDP as Maun West residents have suffered enough under the leadership of ruling party which controlled the North West District Council over the years.

Another role of the LOO is to have the right to make official statements in the Assembly on important national and international issues on behalf of the majority opposition. He also enjoys the same status as the Leader of the House in relation to the business of the House.

When addressing a press conference last week after his victory, has promised electorates a strong representative when it comes to burning issues that concern the region.

“We assure our electorates that we know how to represents when it comes to burning issues that concerns the region. I have done it before, Kekgonegile have been in the trade union movement before at they can be sure that they have a strong representative,” he said

He also explained that one of their duties as MP is to legislate, in all the laws that will be passed at parliament they will be looking at the interest of people of Maun East and West.

He also raised concerned that the recent lifting of the hunting ban will not economically benefit Batswana due to the current set up, he however says that it’s still early days but they want to make sure that by the end of their five years tenure they would have benefited from hunting. He also added that another issue is human wildlife conflicts adding that it’s not only to deal with problem animal but to better compensate people who have been affected for the inconvenience of living next to these animals.

Despite winning the four constituencies in the North West Region being Ngami, Okavango, Maun East and West, the UDC vice President says that they expect sabotage from the ruling party as they have the tendency of starving the region with development.

Saleshando further stated that it has always been  the tendency of the ruling party to starve development to constituencies which have an opposition representative but warned the current administration that they will have to decide whether they don’t bring development in Ngamiland or leave the money that comes from natural resources this side.

Saleshando further stated that in most cases the government takes funds from natural resource in the region and develop in the southern region where there are no economic activities while the North region remain under developed.

He however said that the good thing is that they have a strong wing which the opposition control as the North West District Council will be under control of the UDC. He added that one of the things to do early in the days is to capacitate their councillor to do their duties well to develop the region. 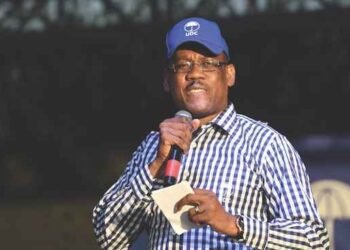