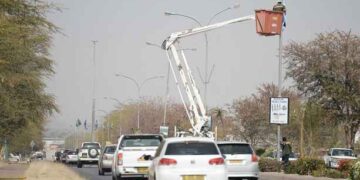 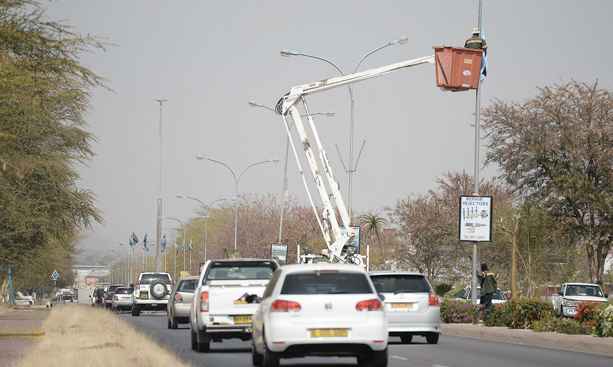 Over P33 million has been lost under controversial circumstances at Gaborone City Council  (GCC) in a contract for the retrofitting of 25,000 LED Light fittings awarded to Acute Engineering in 2014, despite progress stagnating at just 1% four years down the line.  An Audit Team appointed by the Minister of Local Government and Rural Development on  September 06, 2018, to audit Tender No. GCC/45/2015 at Gaborone City Council (GCC) has uncovered gross violations that haemorrhaged the city council millions of pula in controversial transactions.

Gaborone City Council (GCC) embarked on an exercise to replace all the High Pressure Sodium (HPS) light fittings in Gaborone streets and highways with Light Emitting Diode (LED) light fittings. After an Expression of Interest (EOI) and a tender process, GCC appointed Acute Engineering (Pty) Ltd as the contractor to implement the project. By 2018, the project had been running for approximately three years from date of award.

Questions have however been raised in Parliament and in the public domain about the following the perceived long duration of the contract; the manner in which the contract was issued; variations to the contract that have been issued during              the implementation period; and specifications altered soon after award of the contract. Based on the questions, on the September 2018, the Minister of Local Government and Rural Development appointed an Audit Team to audit Tender No. GCC/45/2015 at Gaborone City Council.

During their investigations, the Audit committee established that GCC officers involved in the project applied the LAPAD Act and Regulations selectively. The procurement processes that led to the award of the tender to Acute Engineering was littered with errors and blatant omissions. The Expression of Interest that closed on June 10, 2014 was returned to all bidders unopened and it so happens that Acute Engineering had not submitted any bid.  The LAPAD Act procedures for cancellation and / or extension of tender were not adhered to.

The EOI was re-floated and closed on 17th July 2014. The tender evaluation team failed to assess the bidders for their compliance in relation to capacity, ability to do the works and their willingness to carry out the project under the set conditions. The EOI submission of Acute Engineering was amongst the five (5) missing documents supposed to have been issued to Audit Team and therefore it was not possible to establish whether their bid was fully compliant.

In another development, which raises eyebrows, the Tender Evaluation Team recommended the shortlisting of a number of bidders who had expressed interest, but instead the Tender Adjudication Committee deferred the recommendation and resolved to call for further analysis of the EOI bids. However, the Tender Adjudication Secretariat informed GCC that the committee had approved the recommendations to shortlist the bidders. The Audit team did not find any documentary proof to show how such resolution was complied with, a clear demonstration of how GCC officers selectively apply the LAPAD Act and Regulations.

Despite the EOI having been undertaken for the project and the Secretariat of the Adjudication Committee informed the GCC to shortlist certain contractors, the actual tender was not restricted to shortlisted bidders, but was rather opened to all interest contractors. “This is against dictates of best practice and it renders the EOI exercise futile and a wastage of GCC resources,” the Audit team conclude, further advising that there are two contracts signed between GCC and Acute Engineering which need to be reviewed by legal experts to establish their authenticity. The original contract states the contract period as 10 years whereas the Memorandum of Agreement states the contract period as 15 years. Furthermore, the MOA provides for the GCC to pay the contractor for the retrofitting of the LED light fittings and routine maintenance of street lights which is against the spirit of the original contract.

The Audit Team also expressed concern that the contract had been running for a period of three years but progress wasonly at 1%. The slow progress was attributed to the several contract instructions that were issued to the contractor. The contractor’s attention and resources were diverted to the variation orders at the expense of the original contract. “The issued instructions which required payments by GCC are against the principles of the original PPP contract which required that the contractor would provide the initial capital outlay. Payments have been made to the contractor un-procedurally for works that the contractor should have been providing at his costs in accordance with the PPP contract. While it is abundantly clear that the intention of the GCC in formulating the contract was to engage in a PPP setup, they did not follow the guidelines of the project of the PPP Policy and Implementation Framework,” the Audit Team noted in their report, delivered to the minister in December 2019.

The Audit Team made numerous recommendations among them that;

•       that any future works that do not form part of the original contract for the retrofitting of 25,000 LED Light fittings should be procured separately through formal tender processes in accordance with LAPAD Act and Regulations.

•       the full amount of P20,519,546 (including VAT) for LED light fittings paid to Acute Engineering as at Certificate No.11 should be recovered forthwith as all LED Light fittings were part of the original contract under which the Contractor was contractually obligated to provide initial capital outlay and recover their costs from electricity bill savings.

•       GCC should not issue any further Contract Instructions to Acute Engineering that require GCC to pay for the replacement and / or maintenance of LED Light fittings that are part of the original 25,000 LED Light Fittings under the Original Contract.

•       On the basis of several transgressions of the LAPAD Act and Regulations that led to the award of the tender to Acute Engineering, it is recommended that that contract between GCC and Acute Engineering be terminated.

•       independent professional legal advice be sought to review the original contract signed by the parties as well as the Memorandum of Agreement for possible termination of the contract.

•       ownership of all materials on site that have been paid for by GCC and currently stored at private warehouses under the custodianship of Acute Engineering should be ceded to GCC with immediate effect through a formal cession of rights certificate.

‘BR Commission is a witch-hunt’

How much does Masisi, Khama know about NPF looting?

How much does Masisi, Khama know about NPF looting?