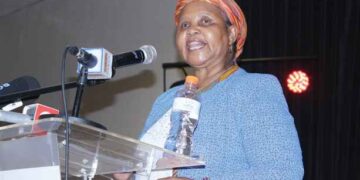 No work on Mokolodi branch off

No work on Mokolodi branch off 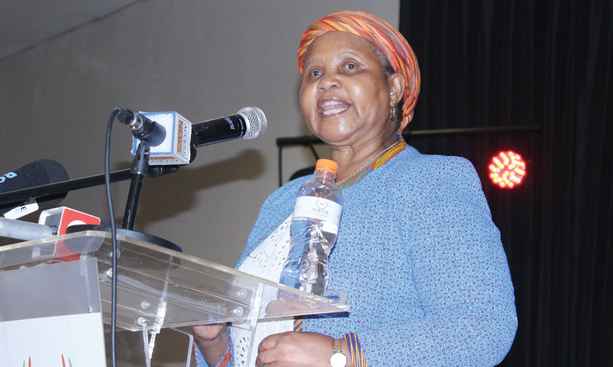 As the standoff between the Gamalete Development Trust and Malete Land Board regarding ownership of Farm forest Hill 9 KO continues, developments in the area continue to suffer.

In an effort to get its hands and assume ownership of Farm forest Hill 9 KO whose ownership currently rest with Gamalete Development Trust, Malete Land Board slapped the Registrar of Deeds, The Attorney General, Kgosi Mosadi Seboko and Gamalete Development Trust with a notice of intention to sue sometimes last year. The court case is to be heard on the 17th of April 2019.

Farm Forest Hill 9 KO measures 200 229 hectares and is nestled between Mokolodi and the lucrative Kgale hills estate, cutting across the A1 along Lobatse road up to the rail way line.

The latest development to fall victim to the standoff is the Mokolodi branch off road from the A1 highway which passes through the land in question.

The road is part of the Gaborone – Boatle road project which is an ESP project meant to defuse traffic congestion along this section of the A1 road.  Though completion date was initially set for on the 23rd March 2019, completion has now been revised to 5th April 2019.

According to sources within the department of roads, they have not so far been able to start construction on the said road because the land is currently being contested before the courts.

“It’s a pity because should the project finish before the land issue is resolved, we are going to wrap up and pack and go; there won’t be a next time,” a source said.

The paramount chief of Balete, Kgosi Mosadi Seboko, said she was not aware that the looming court case was stalling developments in the area.

“We will never oppose any developments. We don’t know anything about that issue and nobody can ever claim that we were ever informed. What we know is that we are being sued for ownership of the land in question and are only waiting to hear the matter in court soon,” Kgosi Mosadi Seboko said.

Gamalete Development Trust chaired by Kgosi Mosadi is opposing the argument by Malete Land Board  that in terms of section 10 (1) of the said Act ( Tribal Land Act ,of 1968), all rights  and title to land in each  tribal area listed in the first column of the first schedule shall vest in the land board set out in relation to it in the second column of the schedule in trust for the benefit and advantage of the citizens of Botswana and for the purpose of promoting the economic and social  development of all the people of Botswana.

Kgosi Mosadi Seboko, other Gamalete royals and the Gamalete morafe dismiss this as a shady ploy to cheat them out of their valuable asset in favour of investors. “We believe the land board is in cohorts with the investor, who …. has intentions of splashing about USD700 million for a five-star hotel and golf course to be built in the land,” said Kgosi Tsimane Mokgosi during a press briefing addressed by Kgosi Mosadi and the Gamalete Development Trust last year. According to Kgosi Mokgosi, it seems as if the land board is succumbing to the pressure exerted on it by the investor and is willing to do anything to deprive Balete of their hard earned land.

Echoing the same sentiments, Kgosi Mosadi accused the land board of not being truthful in its dealings with the people of Gamalete, saying it erred by deciding to proceed with negotiations with the investor without  involving them as the rightful holder to the land’s title deed. “It must be noted that we do not have a problem with the investor or with the land being used for something that would benefit our people and Batswana but we believe the right channels should be followed by both the land board and the investor in their quest to have the deed of transfer,” she said. According to Kgosi Mosadi, their belief as the people of Gamalete is that the land should benefit morafe greatly.