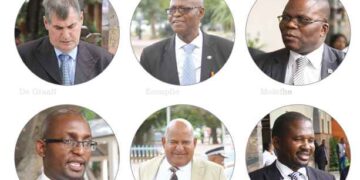 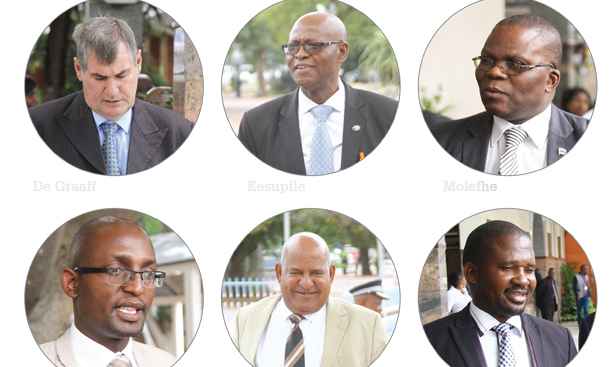 STAFF WRITER PHILLIMON MMESO peeps into the just ended session of Parliament and picks some pointers about the contribution of some legislators in the august house.

The first meeting of the fifth parliament came to an end last week after Members of Parliament responded to the maiden State of the Nation Address by President Mokgweetsi Masisi. Although most MPs contributed to the SONA stating issues that affect them or the nation, there are some who have dismally failed to efficiently represent their electorates or made a meaningful contribution on the floor of Parliament.  Member of Parliament for Goodhope/Mabule Kgosi Lotlamoreng II has dismally failed to justify the noise and publicity that his election victory attracted when he won the bye election. Though his constituency is one of the poorest in the country and least developed Kgosi Lotlaamoreng seems to have been lost in Parliament.  Since he came to Parliament in 2015 he has failed to either ask questions or debate the SONA and/ or the budget speech.

He did well by deciding not to contest the 2019 elections.

One would think that the MP for Ghanzi South is no longer in Parliament as he has been disappointedly quiet. The legislator only made news when he resigned as cabinet minister and when he wanted to step down as MP due to ill-health.

Ghanzi like Goodhope/Mabule faces a lot of challenges like high rate of poverty and child labor practiced in some of farms in the area. These are pertinent issues that De Graaff could have addressed in Parliament since he was now member of the backbench.

A gentleman par excellence but in this session, the Kanye South MP was very disappointing probably due to the pending primary elections results in his constituency.  He did not do much except asking a few questions in Parliament.

This is one legislator who seemed to have taken a vow to have his mouth zipped for reasons only known to him. Although sometimes he asks questions in Parliament, the former army officer seems to be lost in Parliament.

Though he is on his last lap as MP, since he was dropped from cabinet by President Mokgweetsi Masisi, the Nkange MP has proven to be one of the best and vocal MP from the ruling party. He has never shied away from any debate and has asked pertinent questions without fear or favour.  He has asked about the progress made in the construction of the Isaac Makwala stadium. It is not surprising that a legislator who represent predominantly agriculture constituency, Batshu has questioned government intervention on the destructions caused by elephants in the farms. The former Police Commissioner is certainly worth his salt.

Hate or love him, the Gaborone North MP has proven his worth and is not afraid to take on cabinet ministers head on. By debate performance he is the best Alliance for Progressives legislator and a constant contributor in Parliament. Nkaigwa has questioned some of the corrupt practices within government.

He has been subject of ridicule and joke even from fellow MPs, but nothing has stopped Letlhakeng/Lephephe MP from being as vocal as they come. Kablay who is also BDP’s Chief Whip is very passionate about his constituency and advocate for developments in the area. One issue that he constantly decries about is shortage of water in his constituency. He is also very humorous as he once questioned to choice of Slumber Tsogwane as Vice President saying to him he is just too cold and quiet.

The Boteti East Mp has been a real revelation. He didn’t allow his young age be a hindrance in advocating for development in Boteti. His main focus seems to be education as he is constantly asking about dilapidated classrooms in schools in the Boteti area.

Apart from being linguistically adept, the MP for Molepolole South is a real political gem when it comes to debates though sometimes he becomes emotional in his debates. The sharp tongued legislator has never disappointed in his debates especially addressing issues in his constituency. The shenanigans within the Umbrella for Democratic Change (UDC) didn’t distract him from executing his mandate as MP for Molepolole South.