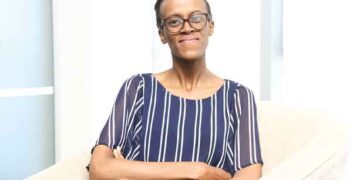 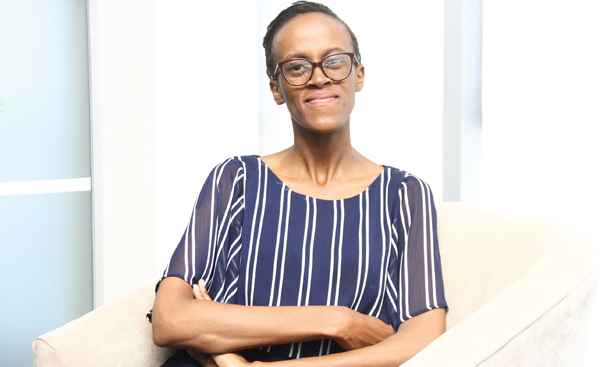 At 27, Onkutlwile Motlogelwa is currently the youngest female engineer working for the diamond mining giant Debswana. She works as a short-term planning mining engineer at Damtshaa mine. She Joined Debswana in June 2013 as a Mining Engineer in Training;  a  year after graduating with a BSc Mining engineering from the University of the Witwatersrand (Wits)  with Distinction as the best final year student in both Mining and Metallurgy and receiving a SAIMM (Southern African Institute of Mining and Metallurgy) award. Being a high achieving student doesn’t only earn one awards and praises but open the doors where others would have otherwise struggled. Such has obviously happened in Motlogelwa’s case but the young engineer has always had her plans and priorities cut out. “I was government-sponsored throughout my education and when I completed my studies looking at the contribution government has had my life, my main aim was to give back.  I remember when I was in Matric I had an interview with Sowetan and I remember telling them that I wanted to do Mining and go back to Botswana and make

a difference because of what I saw Debswana doing,” she said. She is currently pursuing an MSc in Mineral Economics at Wits University and is expected to graduate next year. She has so far finished all the course work and is now doing her thesis. Being the change maker that she is, her thesis is fact on “Optimising Damtshaa mine to be a model mine”, looking at the shift configurations that will give Damtshaa mine a better profit margin and the equipment selection philosophy that will give the mine better net profit. “When I went to Damtshaa, the mine was coming from care and maintenance and I wanted to see what can be done in this operation to make sure that if there is an economic downturn in future the mine wouldn’t have to be closed down,” she said. In short, she is hoping to positively disrupt the status quo with her thesis and so far she has the support from her managers. She acknowledges that working in the mine is challenging and points out there are days that one feels like quitting. “But I think the days when you come from work and feel like quitting is overshadowed by days when you come

back from work and you feel fulfilled and have made a difference. So far the good outweighs the bad,” she said. She has so far earned the confidence and trusts of her predominately male colleagues, something that she says as a young female engineer she had to gradually work so hard for. Her advice to young girls who aspire to join the mining industry in future is that they should do it for the right reasons and not necessarily because they want to prove a point. “If you are not doing it for the right reasons any challenge will end up frustrating you. If you are doing it out of passion then whatever challenge that comes your way wouldn’t bring you down,” she said. Originally from Magotlhwane, a small village in the Ngwaketse region, Motlogelwa was raised in Gaborone and later moved to South Africa where she did part of her secondary and the rest of her tertiary education. Despite her accomplishments, Motlogelwa is young at heart and regularly competes in marathons to have fun and relax her mind. In addition to local marathons, she recently competed in the Old Mutual Soweto Marathon in South Africa.