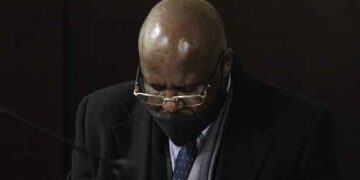 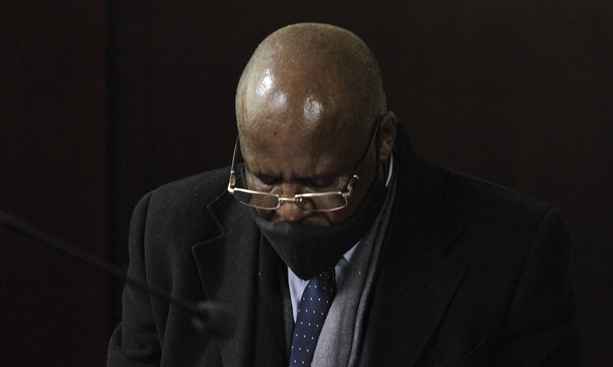 By the end of trial next week, former Permanent Secretary to the President (PSP), Carter Morupisi, who had grown accustomed to comfort and power mongering at government enclave, will be thoroughly humiliated after spending two weeks in the dock as a suspected criminal.

Since the beginning of the week, witnesses have been taking turns to paint a picture of how Morupisi, then the most senior and powerful civil servant (Director of Public Service Management) at the time abused such authority, overstepping his mandate causing the loss of about half a billion Pula from Botswana Public Officers Pensions Fund (BPOPF) where he was chairman of the Board of Trustees.

His lawyers – led by Busang Manewe – have been working overtime, sweating to discredit incriminating evidence that is piling up against a man who at the apex of his career could tell former President Ian Khama off, even showing him the middle finger. Such was the power wielded by Morupisi.

On Friday, acting Principal Officer at BPOPF Moemedi Malinda was in the witness box unravelling minutes of Board meetings to help court decide whether Morupisi acted criminally when he bullied fellow trustees or simply disregarded the Rules governing the conduct of Board.

Tension ensued during cross examination between the prosecution and Morupisi’s lawyers on Friday over the validity of the minutes of meetings. Manewe relied heavily on the minutes of the meetings of the Board of Trustees that paved way for awarding of the tender to Capital Management Botswana (CMB). He referenced minutes of 22-23 August 2014, which Morupisi did not attend, where a decision was taken on CMB engagement.

Probing Malinda, Manewe stressed that a recommendation was passed by the board that a conditional offer be given to CMB to manage P500 million equity pending the legal due diligence. Malinda admitted that the board indeed made a resolution and a contract was signed but said he is not aware whether the legal processes were followed or not at the time of awarding contract. A legal expert, he said, would be in a better position to answer such questions.

Manewe argues that the recommendation to give CMB a conditional offer was given a green light, thus paving the way for BPOPF management led by the CEO at the time to implement the board resolution without any query.

“The process of execution of the resolutions passed by board is an operational matter which lies with management including CEO. Mr Morupisi was not available at the meeting which led to the award of contract to CMB but he signed because assumption was that every legal aspect was followed. Nobody ever questioned the credibility of the tender back then,” said Manewe.

He insists that according to his understanding, Morupisi did not take part in meetings that decided the allocation of the tender to CMB, which he said BPOPF knew that laws were possibly flouted. He argues that BPOPF leadership should have sought legal advice as it is the normal process and therefore blame should go to the CEO for effecting the board resolution without any legal assistance.

The prosecution, on the other hand led evidence through Malinda showing that Morupisi attended meetings on 22-23 August 2014 despite Manewe’s denial.

Attorney Priscilla Israel presented to Malinda that Morupisi attended the meetings cited but did not attend a regular board monthly meeting on September 4, 2014 which had no issues. Appearing confused, Malinda changed his earlier stance and agreed with Israel that he now recalls that Morupisi graced all August meetings, adding that there could be doubt over the validity of the minutes held by Manewe.

“The first accused Mr Morupisi according to the meetings records was part of the board meeting that passed a resolution for awarding of tender to CMB. In this regard we are challenging the authenticity of the minutes that his attorneys have,” Israel told the court.

The court adjourned on Friday and would return next week with more arguments expected on the meetings minutes and Malinda promised court to do more cross checking on documents.

Others that have already led evidence before court include the former CEO of BPOPF Boitumelo Molefe and private attorney Mboki Chilisa.

BEF and BOMAWU join calls for release of Zimbabwean journalist 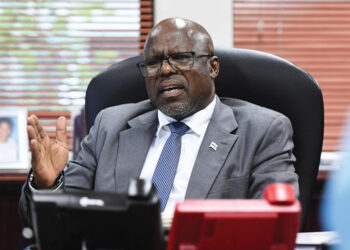 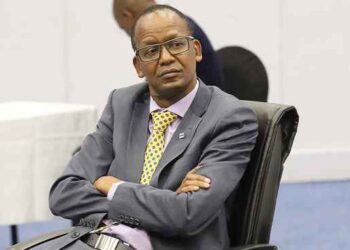 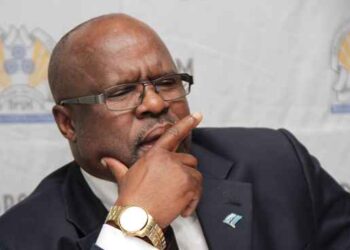 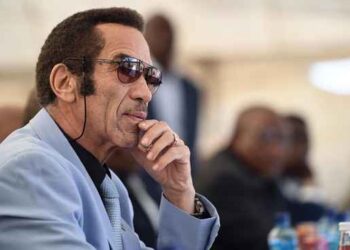 ‘We BLUNDERED on Khama’- Morupisi 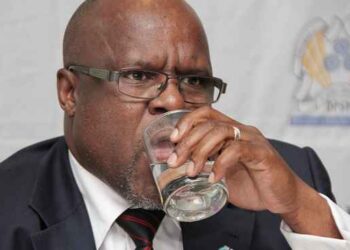 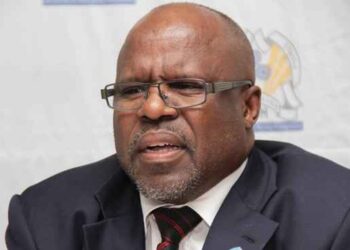 BEF and BOMAWU join calls for release of Zimbabwean journalist