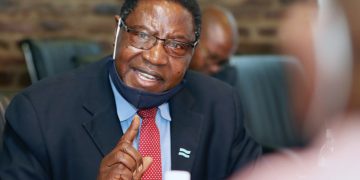 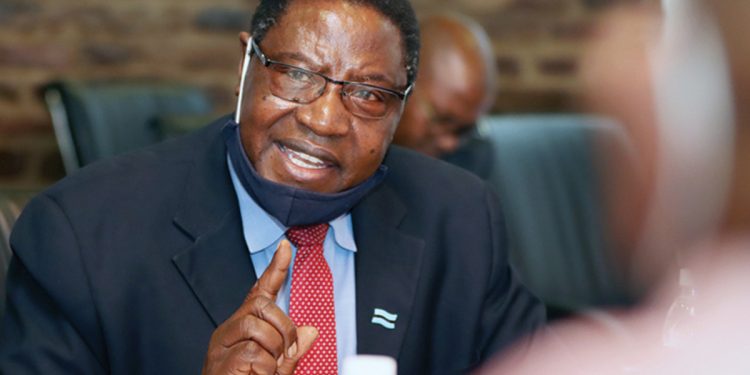 The Auditor General, Pulane Letebele has released her report titled ‘Report of the Auditor General on Preparedness and Response of the country Towards the Covid-19 Pandemic, and Management of the Relief Fund.’ Although she does not mention the word corruption in the report, her findings point directly or indirectly to tendencies that border on rampant corruption in how the Covid-19 Relief Fund was managed pursuant to fighting against the Covid-19 pandemic. Most intriguing is the fact that the Fund was administered under the Ministry of Presidential Affairs, Governance and Public Administration located in the Office of the President where Governance should be above approach. You will recall that I penned an article on another platform in June 2021 titled ‘Office of the President is the factory of not only poor, but bad governance practises’. I also penned another titled ‘Covid-19 procurement under SOPE was always going to result in massive Covid-19 corruption’ still in June this year.  It would appear from the Auditor General’s report that I was spot on. The opposition in Parliament also had serious concerns about the state of the Fund where it continually called on government to account on it. All in all, optics pointing to Covid-19 rampant corruption ‘have been revealed by the report’. The biggest victim is a Motswana who  perished as a result of Covid-19 corruption.

It is indisputable that the pandemic caught Botswana and the world by surprise where urgent and emergency measures had to be taken in order to confront and decisively deal with the threat posed by the pandemic. It is also not in dispute that all necessary and usual steps in so far as procuring materials and equipment had to be foregone. Given the thinking-on-the-go posture necessitated by the emergency nature of the pandemic, it was a given that rampant corruption of sorts would emerge.  On what basis am I saying ‘The Auditor General all but confirms rampant corruption during the State of Public Emergency’?

I take comfort from the Director General of the Directorate on Corruption and Economic Crime (DCEC) Rre Tymon Katlholo who is quoted in the media to have said when he appeared before the Parliamentary Committee on Governance and Oversight back in June this year that ‘The DCEC received 69 Covid-19 corruption allegation reports from April 2020 to May 2021’. The period mentioned in the Director General’s statement is the true period under which Botswana was under the State of Public Emergency. According to the Director General the media continued, ‘The Ministry of Local Government and Rural Development is leading in Covid-19 corruption in Councils with 15, followed by the Ministry of Health and Wellness with 3 cases, Ministry for Presidential Affairs, Governance and Public Administration 2 cases…..’ On the basis and comfort of the admission by the DCEC that it is investigating Covid-19 corruption,  I have made my case that the Auditor General report though not explicitly saying there was Covid-19  corruption, indirectly points in that direction. Corruption generally speaking, is generated from other forms of unethical conduct like fraud, gross misconduct, misappropriation of public funds and so on.  The end result is one common goal: to acquire an undue personal benefit.

In a paper titled ‘Why fighting corruption matters in times of Covid-19’ by Jon Vrushi and Roberto Martinez of Transparency International, they say ‘Corruption and emergencies feed off each other, creating a vicious cycle of mismanagement and deeper crisis. The large sums of money required to deal with emergencies, the need for urgency in disbursing aid or economic stimulus packages and the risk of undue influence over policy responses form a perfect storm for corruption as they can increase opportunities for it to occur, while weakening the mechanisms in place to prevent it’. There was no way Botswana would fail to fall into the foregoing statement because there was an emergency into which would be created a conducive environment for Covid-19 corruption to find fertile ground.

In neighbouring South Africa, Covid-19 corruption to the value of millions of Rand if not billions has been unearthed with high profile personalities like the former Minister of Health resigning their positions albeit grudgingly. Personal Protective Equipment that is at the heart of enabling the frontline workers like doctors and nurses to efficiently and effectively deal with Covid-19 patients, is at the core of Covid-19 corruption.  Fly by night companies have been formed not only in South Africa but here as well to act as genuine Covid-19 service providers with the collusion of those who exercise public power. The main purpose is nothing else but to take advantage of the pandemic in order to make a big kill and become instant millionaires if not billionaires. There is talk that such millionaires have already been created here as a result of benefitting from the rampant Covid-19 corruption. I have therefore made a solid and compelling case to conclude that The Auditor General has all but confirmed rampant corruption during the State of Public Emergency. DCEC investigations and the Amnesty International paper support my view.

The starting point should be at the Presidential Task Force where appointments thereto were made by the President ‘to provide guidance and oversight on the implementation of the national preparedness and response plan to prevent and control Covid-19 pandemic’.  These appointments the Auditor General observes, ‘….did not specify the legal provisions upon which they were made’. This is totally unacceptable because the Office of the President is capacitated at every level not to have allowed such a glaring lapse to have occurred. With such appointment letters found wanting in a big way from the highest office in the land, other critical and costly lapses would inevitably be in the making resulting in rampant corruption.

As if it were not enough, one of the appointees who was seconded to the Task Team on a gratis basis, went on to claim P 165,600.00 in three months from government. Given that his employer was paying him his regular wages, it means he was getting double pay. While the Auditor General has recommended the Ministry of Presidential Affairs, Governance and Public Administration to account for this and the other payment, the ministry’s response is as good as telling the Auditor General to go jump into the next available lake. The official response simply says these anomalies occurred during the State of Public Emergency and that the President was using powers vested in him by Section 47 of the Constitution. So you can be rest assured no consequent management will be implemented neither will the DCEC come anywhere near this patent abuse of public funds because  the implicated are the favourites of the powers that be. They are untouchable. And that is why I say the Office of the President is the factory of not only poor, but bad governance. While there is nothing as yet to conclusively suggest this is Covid-19 corruption, the optics point in that direction. Like I said, corruption comes in many forms and shapes.

During the period when Covid-19 numbers were at their lowest, government spent over      P58 million in just three months (between April and June 2020) on lodges and hotels on the few numbers that were either in isolation or quarantined. But when the numbers were at their highest, she spent over P 4 million. While it may not be said this was outright Covid-19 corruption, it is fair to say this was one instance where government showed serious deficiencies in prudent management of public funds. How on earth could government have a gentlemen’s agreement on an emergency as big as a pandemic?

But the biggest sign of potential and downright Covid-19 corruption is evidenced in the Auditor General’s report by the direct appointment of service providers particularly two local companies named therein as Mileage Group (Pty) Ltd and Pula Rich Investments (Pty) Ltd. These companies were directly appointed to supply testing kits and personal protective equipment to the tune of over P 47 million and over P 32 million respectively. At the time of finalising the audit the Auditor General observes, the two companies had ‘not fully delivered the goods….In addition, evidence of requests for direct appointment and approval by the Fund Management Committee, as required by the Public Finance Management (Covid-19 Pandemic (Corona Virus) Relief Fund) Order 2020 (SI 38 of 2020) for the said companies could not be availed for inspection’. Interestingly if not curiously, Pula Rich Investments according to the report was only ‘incorporated in November 2019 as per Companies and Intellectual Property Authority (CIPA) records’ and awarded the direct appointment to supply goods partially delivered in April 2020 only some four months after incorporation. Incredible indeed! Needless to say, this should have been the earliest red flag to disqualify the company. Furthermore, the change in the company directorship from one director to the other in quick succession said a lot than meets the eye. Why this company was awarded such a huge contract with no traceable track record beyond the suggestion that the other company (Mileage Group) ‘even professed to have been introduced to the Central Medical Stores in 1999 (20 years experience) and to have been exporting covid-19 related raw products from Southern Africa to China through Botswana since the outbreak of the pandemic.’ Evidence to this experience is not available in the report (unless I missed it somehow). If this is true, surely and surely, delivering the goods shouldn’t have been a problem.

In the final analysis, it is fair to say the Auditor General’s report shows without any doubt that there was recklessness of epic proportions in handling the Covid-19 Relief Fund and other relevant matters by those entrusted to do so. It is desirable that law enforcement agencies are allowed to investigate where possible rampant Covid-19 corruption may have occurred with the concurrence of those who were expected to prevent it. Frontline workers have bitterly complained without success about the lack of PPEs amongst others. I am certain that should government treat the Auditor General’s report with the urgency and the seriousness it deserves, rampant Covid-19 corruption will be exposed. At face value, stinking rot in the management of Covid-19 Relief Fund has occurred.  But given the contempt with which government has held previous Auditor General’s reports, nothing suggests this one will be any different. I am prepared to be persuaded otherwise as always. Judge for Yourself!