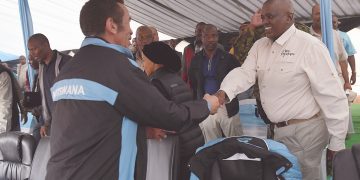 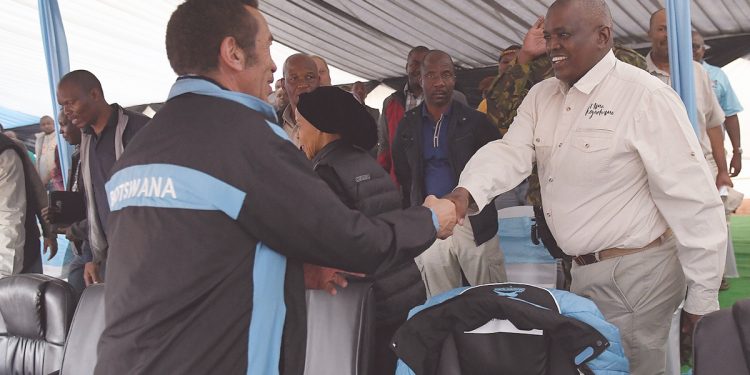 The country has probably never been divided right down the middle to the levels I have witnessed since former President Ian Khama left office and in came the incumbent, President M.E.K. Masisi. Botswana has since independence been a multi-party democracy where members of different political parties, despite their expected different ideologies, co-existed under fairly stable political atmosphere. Big political issues like the Tshiamo ballot box story and many others one can think of, have come and gone with citizens still fairly tolerant towards each other despite their political and other differences. Tensions emerged particularly around general election periods which would subsequently disappear when the election fever dissipated. But serious tensions between them started to surface in earnest after the 2019 general election following the loss of election petitions by the Umbrella for Democratic Change. Fuelling the tension between ordinary members of the citizenry is arguably, the political tension between Khama and Masisi. Blind loyalty to these gentlemen and for whatever reason by some members of the citizenry appears to put the country at the cusp of political and other uncertainties. One shudders to think what the political temperature will be in 2024.

The current tension between Khama and Masisi owing to the ‘resignation’ of the former from the political party formed by his father and in which the latter’s father served as a cabinet Minister the Botswana Democratic Party, is largely in my view the reason why I argue the State is weakened by loyalty to individuals than to the Constitution. It is fair to state Khama and Masisi demand loyalty than to earn it from those they appointed in key State positions. It is this demanded blind loyalty that is likely to tear this Republic to shreds. Tell-tale signs are there for even the blind to see and the deaf to hear.  This despite the fact these individuals would have taken oaths of office to ‘protect and defend’ the Republic by swearing to the Constitution than to the appointing authority. Loyalty in this context is that both of them will perform their duties in conformity with the Constitution. That is, the appointing authority and the appointees would be required and expected to perform their respective functions through the dictates of the said Constitution and not for any other nefarious reason. Unfortunately, the reality of the matter is that oaths of office have simply become routine administrative tools of the trade violated immediately after the swearing in of the individuals.   Let me discuss how the State was weakened during Khama’s tenure with the Directorate on Intelligence and Security Services (DISS) firmly under his sole direction. It is not unreasonable to suggest Khama was the DIIS and the DIIS was Khama.

When the DISS was formed back in 2008, it was expected to perform its mandate in accordance with the law. Put differently, there had to be a distinct difference between how the effectiveness of the intelligence agency would be achieved and implemented without interfering with the overall democratic imperatives of citizens as enshrined in the Constitution.  It will be remembered that the opposition bloc in parliament had serious reservations about the DISS particularly the fear that it could be used to pursue political opponents. History has recorded the opposition bloc to have walked out of parliament in protest about the intentions of forming the agency. For the most part, the DISS Tribunal as provided for in the legislation that established the agency did not function as contemplated through omission or commission by those empowered to ensure that the Tribunal performs its core mandate. It has emerged the Tribunal mainly existed on paper more than anything else. The creator of the legislation that established DIIS, parliament, did not effectively perform its oversight function over the executive for the dysfunctional nature of the tribunal. This because loyalty was for Khama. No one dared to challenge him why the Tribunal was dysfunctional.

Given this short background, DISS was left under the absolute grip of Khama and its founding Director General Isaac Kgosi. Kgosi would become a feared individual to the extent that even Ministers feared him like any other poor soul. He told the Public Accounts Committee that he was not answerable to anyone.  As a consequence, so many unsavoury incidents reportedly committed by the DIIS took place. Three journalists from the INK Centre for Investigative Journalism who were on assignment to investigate Khama’s Mosu residence were briefly detained and threatened with death by security agents who warned them very strongly not to ever set foot near the place. John Kalafatis was killed in cold blood by security agents believed to be members of the DISS. The late Rre Moses Lekaukau who was allegedly dismissed as the Director General of Government Implementation Coordination Office in the most demeaning manner by being hurriedly escorted out of office  by senior operatives of DIIS, is one such example of how under Khama and Kgosi, senior public officers who may have not demonstrated loyalty to them were ruthlessly purged.  The list is endless.

As Khama departed the scene leaving the nation with all the excess baggage he had created, in came Masisi with all the promises under the sun to restore the State to its expected functionality at all levels. I expected the DIIS to be truly reformed. Kae reye teng!  One major decision he took within two months of his administration was to summarily dismiss Kgosi from his position pretty much the same as Khama did to Lekaukau. In came the incumbent DISS Director General Peter Magosi who ironically if not interestingly, was himself dismissed by Khama from the BDF. Senior government officials were summarily dismissed and with such frequency as possibly happened in the Khama administration presumably because their loyalty to the leader than to the Constitution was questionable. I am saying presumably because reasons for these dismissals are never made public in order for the public to appreciate them. It may very well be that there were justifiable reasons to dismiss them but given how the State has functioned under Khama and now under Masisi, circumstantial optics should point to the contrary.

Given the above and particularly where loyalty to individuals like Khama and Masisi, the public service will inevitably be divided right down the middle particularly at the upper echelons where administrative and quasi-political power lies. It is a reasonable proposition to make that some in the public service, parliament, cabinet and the DIIS itself are either loyal to Khama or Masisi. The DIIS has been rocked by internal instability since the inception of the Masisi administration as evidenced by the fairly recent pictures of Presidential armoured vehicles trending on social media. Under normal circumstances intelligence scholars tell us, such pictures shouldn’t have found themselves on social media. It is treasonous. The other fairly recent incident where loyalties to or against Khama and Masisi is that of a meeting between the DIIS, DPP and DCEC wherein highly confidential State matters were discussed and leaked to the public. While it is not clear who actually leaked the contents of this meeting, it begs no scientific intelligence to suggest it was done by one of the attendees. Further to this, almost every other State secret is leaked to the public at every turn.

The end result of all these is that however noble the State action on any matter could be, such is viewed with the greatest of suspicion and doubt. The ongoing pursuit on Khama and Kgosi by the DIIS has divided the nation right down the middle because while the State argues such is in furtherance of the Rule of Law, some are dead certain that the DIIS is pursuing a vindictive political agenda against them given the broken down relationship between Khama and Masisi. In there lies the loyalty issue more than anything else. By any measure, the DIIS’s finger prints are found almost everywhere even where ordinarily, it wouldn’t. By its close proximity to the political leadership and particularly the President, today’s DIIS is still viewed by some an organisation under the belly of politics as was during Khama’s tenure. The very fingerprints are also found to have deeply encroached onto dealing with corruption as if it has now taken over the mandate from the DCEC. The perennial loss of high profile cases by the DPP some argue, is firmly put at the DIIS’s door step.

Should the above be credible as I verily believe it is, it stands to reason the State is seriously weakened by loyalty to individuals than to the Constitution where the Constitution is only referred to for convenience sake.   A relevant example is playing itself out in neighbouring South Africa where former President Jacob Zuma’s loyalists are at odds with those loyal to the sitting President Cyril Ramaphosa. This state of affairs has significantly ‘paralysed’ the political and socio-economic standing of that country at every level. It is believed Zuma’s loyalists were responsible for the political instability that gripped that country about three months ago which resulted with massive destruction to property and lives. Only time will tell whether this Republic is slowly but surely moving in that direction. This I argue, can only be avoided if and when the Constitution rules supreme over convenient but destructive blind loyalty for self-serving ends as it should. Loyalty to individuals is a recipe for disaster as evidence elsewhere has proven beyond reasonable doubt.  Remember: politicians come and go but Botswana will always remain. I am prepared to be persuaded otherwise as always. Judge for Yourself!

‘No one is safe until everyone’ Covid-19 still remains our biggest challenge and threat. Stay safe by adhering to all health protocols.

'I will not go into exile'- Khama