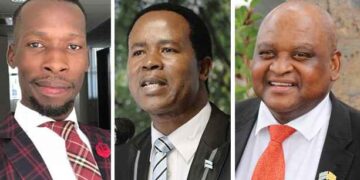 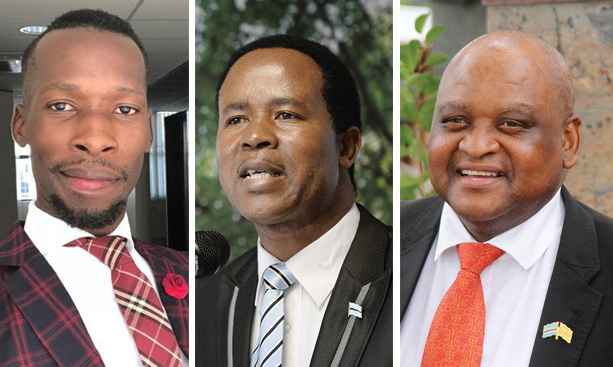 Former Botswana Democratic Party (BDP) MP for Shoshong, Dikgang Makgalemele is allegedly caught between a rock and a hard place, unsettled by the defection of incumbent MP Aubrey Lesaso to the BDP.

The Patriot on Sunday is informed that since Lesaso dumped the opposition coalition, Umbrella for Democratic Change (UDC) to join the BDP, Makgalemele has been considering to jump ship. Two weeks ago, Lesaso resigned from both the Botswana National Front (BNF) and UDC to join the ruling BDP, claiming that such defection will channel developments to the constituency.

According to sources close to the developments, the two times Shoshong MP could be joining the opposition particularly Botswana Patriotic Front (BPF) ahead of 2024 polls.

“Makgalemele is under pressure. He is weighing options whether he can still remain in BDP or join opposition ranks. But some democrats have advised him to stay put at BDP as he can still win the 2023 primary elections. He can still topple Lesaso,” revealed a BDP member in Shoshong.

In an interview Makgalemele said any political party needs new members and therefore as a BDP member he is happy to welcome Lesaso, especially in the constituency.

“I still love the Shoshong constituency and therefore any move by Lesaso aimed at enhancing developments is music to my ears. I learn that the motivation for the MP’s defection is that he has been promised development projects that are not in NDP 11,” said Makgalemele, adding that throughout his tenure as Shoshong MP and an Assistant Minister, he never saw such happening. He said he is excited that developments will come to Shoshong this time around through Lesaso as the new BDP member.

Asked about his plans to run for the 2024 elections, the former Shoshong MP said time will tell.

“For the record, I am not defecting and I love BDP. In the same way that the BDP is recruiting members that it deems critical for the future, other parties are doing the same. Yes, I have received inquiries from a number of opposition parties and any decision on my political future is to remain BDP,” he said.

Makgalemele suffered defeat at the hands of Lesaso during the 2019 General Elections garnering 3843 votes while Lesaso got 8 475 votes with his victory ending BDP dominance in the constituency since 1965. Although it has been the tradition at BDP that members who lose elections are awarded diplomatic and specially elected posts, Makgalemele was overlooked by President Mokgweetsi Masisi. To this end, it has been speculated that Makgalemele is one of those democrats who will jump ship to the opposition, especially switching to BPF and joining former President Ian Khama.

Prior to the 2019 General Elections, Makgalemele and other BDP MPs from the Central district were expected to dump the BDP and join BPF.

During a BPF rally in Serowe ahead of elections, Serowe West MP Tshekedi Khama revealed soon after he dumped the BDP that Makgalemele and former Palapye MP Moiseraele Goya had promised to join BPF. But both Goya and Makgalemele denied the claims that they were joining the BDP splinter party, BPF.

Tshekedi launched a scathing attack on the duo accusing them of failing to fulfil their promise. Later on, Tshekedi’s brother, former president Ian Khama traversed the central district campaigning against the two MPs who ultimately lost elections to the opposition UDC.

Most BDP MPs in GaMmmangwato territory lost the 2019 elections with UDC and BPF making history by bringing BDP dominance in constituencies such as Mahalapye and Serowe to an end.

Meanwhile, Goya resigned from BDP on Thursday and could not reveal which political party he will join but sources close to developments said he will join BPF. Goya lost Palapye constituency to UDC MP Onneetse Ramogapi.

Botswana National Front (BNF) and UDC in Shoshong were left unconvinced by the reasons advanced by Lesaso for defecting to the BDP.

“The BNF and contracting parties of the UDC have resolved to put robust campaign to ensure that the will and trust they had on their votes is secured until 2024 and beyond, and to further ensure that BDP misrule and continued oppression of the people of Shoshong constituency is eliminated as proved by the 2019 elections,” Bagaisamang said giving update on meeting held last weekend.

Efforts to get comment from Lesaso hit a snag as he did not answer his mobile phone at press time.