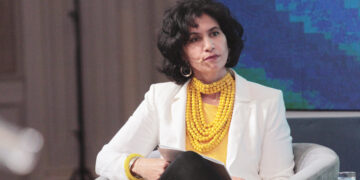 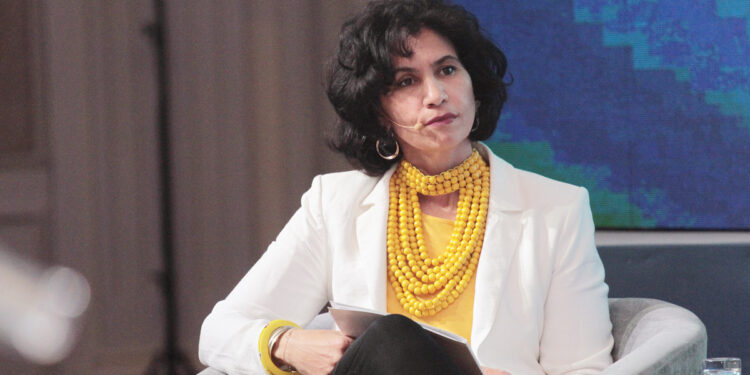 Debswana did not commit to absorb Majwe employees -Armstrong

Jwaneng Mine to go underground – Balopi

The Debswana Executive Management recently took the media through their strategy and how they have started to implement it. The strategy is anchored in restructuring of mines and improving efficiencies throughout the group’s operations.

First to take the cue was the General Manager for Jwaneng Diamond Mine Koolatotse Koolatotse who briefed the media about the transition of the Cut 9 expansion project from Majwe Mining Joint Venture (MMJV) to Debswana Diamond Company.  Koolatotse revealed that the transition was successfully completed at the beginning of April and that the Cut 9 contract was a P12 billion waste stripping project that he said started in 2019 and was expected to end in 2027.

Asked why they terminated the contract, Koolatotse said that it was for company internal reasons. “The Contract allowed for termination “due to convenience”, which means that either party could terminate without giving specific reasons to the other,” he said.

He said that though the contract was terminated the Cut 9 operation will continue with its intent to extend the life of mine of diamond mining in Jwaneng to 2035. The Jwaneng Diamond Mine General Manager who oversees the Cut 9 project said that to date the transition has been smooth and no safety incidents have been recorded and this gives them confidence that critical controls have been implemented and are delivering the expected results.

“Production has been stable throughout the transition from Contract Mining to the interim ‘Project’ arrangement, which entails Jwaneng mine directly operating and managing the Cut 9 mining operation and only outsourcing some key services and resources. Re-tendering process for Cut 9 Labour Sourcing services is planned to be concluded in December 2021,” he said.

On the recruitment drive as they transit to a hybrid mining model, Koolatotse said that to date 320 out of 413 vacancies have already been filled under Cut 9 recruitment on a Fixed Contract while a Labour Service Provider is being sought through public tender. “Recruitment for the remaining 93 positions will be completed by the end of April 2021. In addition, recruitment is also on-going through business partners working for Cut 9 operation,” he said, explaining that other required outsourced services include drilling, tyre management, maintenance and labor services among others.

Koolatotse said the tyre contract for tyre management has been awarded to a 100% citizen-owned company. In 2017 Debswana adopted a Citizen Empowerment Policy (CEEP) which was in line with the national Citizen Economic Framework and Koolatotse said that with the awarding of tenders to citizen owned it is a demonstration that they are committed to CEEP.“Other tenders are at various stages of the process as follows: a short-term drilling contractor is in place to ensure smooth transition whilst a longer-term contract is currently out on tender, this is for a 100% citizen owned company; the running of the contractor’s camp clinic procurement process is being adjudicated; and the re-tendering for the labour sourcing services has been restarted. Smaller contracts such as the provision of food and bussing of employees have been awarded to 100% citizen-owned companies,” he said.

He said that in the past five years, Jwaneng has spent a total of P4.6 billion on citizen owned companies who trade in the specialties of Civil, Electrical and Mechanical Engineering, Fire Suppression, Construction, Water Solutions, Industrial Cleaning and Environmental Management.

On the absorption of the Majwe Mining JV employees into Debswana, the Acting Managing Director Lynette Armstrong said that they did not commit to absorb Majwe employees.

“Indeed the Cut 9 operation still requires human resources to carry out the day to day tasks that is why Jwaneng Mine has employed Fixed Term Contract employees sourced through an open job advertisement. The FTCs will continue to work at the cut 9 operation while a Labour Services Tender is being progressed,” she said.

Updating about the assets closure, OLDM General Manager Bakani Motlhabani said that as part of restructuring the mines, they have decommissioned their 47 year-old processing plant in Orapa and put Damtshaa Mine on maintenance and care.

He said the closure of the plant and Damtshaa Mine has impacted on 545 jobs with 282 requesting voluntary exit.

Recently there were talks that Debswana has decided to sell Damntshaa Mine to citizen owned companies in reaction to that, Motlhabani said that the Debswana Board has not given them a mandate to sell the mine.

“No decision has yet been made in terms of what that strategy will be, as we are still evaluating different options. A lot of groundwork is still being done in order to determine the feasibility of all the options under review,” said Motlhabani.

Debswana Head of Transformation and Innovation Thabo Balopi revealed that the diamond company is planning to make savings of at least P2 billion through the restructuring of part of the company.

One of the strategies is to convert Jwaneng mine from open pit  cast mine to underground entity which Balopi said that the shift to underground is expected to produce about 9 million carats annually and extend the Jwaneng mine’s lifespan by a further 20 years.

Asked when that will be implemented, Balopi said that early access is expected by 2023 with full production from 2034.

“Jwaneng will be the world’s largest underground mine with a more than 360 km of tunnel network,” he said.

On how much it will cost to convert the mine to underground, Balopi said that the initial estimate is P65 billion.

Chipping in, Debswana’s Head of Diamond Technical Services Lenayang Dimbungu said that the board has not yet taken any final decision with regard to financing the project.