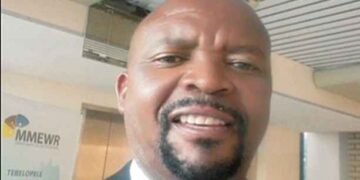 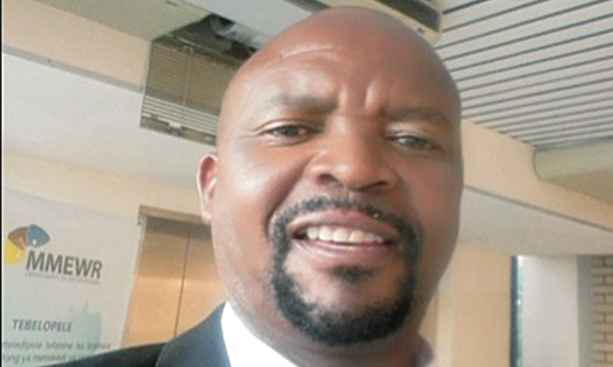 Controversy is raging on at the Permanent Okavango River Basin Water Commission (OKACOM) Secretariat, after a member of the Okavango Basin Steering Committee (OBSC) – a technical advisory committee of OKACOM – was appointed a Programme Coordinator under questionable circumstances.

An aggrieved applicant, who was shortlisted and believed he was one of those who qualified for the post of Programme Coordinator – first advertised with a deadline of 22 June 2018 –, became suspicious when no appointment was made after interviews. Curiously, the same advertisement was re-floated seven months later with a 30 January 2019 deadline, but now with amended qualification requirements that now included a Degree in Environmental Science. The original advertisement only required a Degree in Business Administration; Engineering and Environmental Management or similar, with specialisation in Project Management. In addition, the second advertisement does not list a valid driver’s licence as an added advantage.

Ontlogetse Dikgomo, a Principal Hydrological Engineer I in the Department of Water and Sanitation under the Ministry of Land Management, Water and Sanitation Services responded to the first advertisement and was shortlisted for the interview on August 16, 2018 in Gaborone. An investigation by The Patriot on Sunday has uncovered documents/ minutes of an OBSC extra-ordinary meeting held on September 19, 2018 at Birchwood hotel in Johannesburg, South Africa which discussed staffing at the OKACOM Secretariat (OKASEC). OBSC had been instructed to meet urgently by the Commissioners to discuss and provide way forward on staff issues at OKASEC. Dikgomo’s colleague – a Deputy Director in the Department of Water and Sanitation, Tracy Molefi, attended the meeting representing Botswana, alongside Carlos Andrade and Gil Henriques of Angola and Christopher Munikasu of Namibia. The meeting discussed the recruitment and appointment of an Executive Secretary and the Programme Coordinator (PC).

After the incumbent declined a contract extension offer, an improved lucrative package for the PC, equivalent to that of Deputy Executive Secretary was proposed with a five year renewable contract fixed at USD 83, 500 per annum plus other mouth-watering perks. “Considering that the interview panel has indicated that the two candidates who were interviewed with (former PC, names withheld) were not the best for the position, it is proposed that the Commission head hunt for the position with an advert that will run for one month. The position should be broadly advertised. (Commission) should complete the process for recruitment by November 2018,” reads part of the resolutions of the Johannesburg extra-ordinary meeting. Molefi was a member of the interview panel referred to.

Dikgomo was informed via email on October 04, 2018 that he was not successful. Coincidentally, a month after Dikgomo was informed of the decision not to hire him at OKACOM, the Director of Water and Sanitation issued a memo informing staff that the Ministry of Land Management, Water and Sanitation Services had nominated Molefi for attachment as Programme Coordinator on an interim basis from 01 November 2018 to 30th April 2019. At the time the Executive Secretary of OKACOM, Phera Ramoeli, assured that the recruitment for a substantive Programme Coordinator was not finalised.

A re-advertisement for the recruitment of PC was floated in December 2018 with a closing date of 30 January 2019. Dikgomo re-applied but was left out of the interview process. He got the shock of his life when in a surprising turn of events Molefi – a member of OBSC representing Botswana – who was one of the panelists who interviewed him for the PC post, was later appointed to the same position under very suspicious circumstances. Molefi, who never applied for the PC post presumably because she did not possess any of the qualifications stated in the first advertisement, was at the time employed as a Deputy Director in the Department of Water and Sanitation. The inclusion of a requirement for a Degree in Environmental Science in the second advertisement, which was not there in the first, is seen as a clear strategy to accommodate her. As a member of OBSC, who participated in preliminary discussions about the remuneration package and later the recruitment process of a PC, Molefi clearly had possession of inside information.

In a strong worded letter of complaint to OKACOM dated November 15, 2018 Dikgomo wrote: “Molefi as my Deputy Director participated in my interview so that she can influence the outcome of the interview so that she could later turn around and ask the Council of Commissioners to nominate her for the position. Common sense would have dictated that Molefi disclose to the Commissioners that she conducted the interview for the same position and as such stands conflicted as she is now the ultimate beneficiary. This is conflict of interest at its best. The qualifications for the position of Programme Coordinator required a Degree in Business Administration, Engineering, Environmental Management or similar, specializing in Project Management. I stand to be advised if she meets these qualifications now or if she ever applied for this position. What I know for a fact is that she possesses a Bachelor of Arts in Humanities and a Master of Science (Environmental Science).

About two weeks later Dikgomo appealed to the then Permanent Secretary in the Ministry of Land Management, Water and Sanitation Services, Thatayaone Dedede, to intervene. “The whole process of recommending and nominating her has serious implications because it is likely to bring a trilateral organisation such as OKACOM into disrepute. She is not the best candidate and I do not think she would make it into the list of the top ten candidates from the Department of Water and Sanitation if a proper selection was undertaken,” wrote Dikgomo.

In response Dedede said Molefi’s secondment was a deliberate decision by government acting on a request from OKACOM Council of Commissioners for a ‘special interim professional arrangement’ to facilitate transition at the secretariat while recruitment of a substantive was on-going. “In view of the foregoing, the Ministry will not be able to recall Ms. Molefi from OKACOM as she was deliberately attached for continuity of the organization,” wrote Dedede.

An explanation by Ramoeli of how Molefi was recruited, dated June 17, 2019 has left more questions than answers. In fact, it almost confirms the conflict of interest alleged. For instance, Ramoeli explains that the interview panel that recommended the appointment of Molefi was constituted by co-chairs of OBSC, a representative of the Ministry of Land Management, Water and Sanitation Services from the HR department, and OKASEC Executive Secretary. All those listed in the panel were Molefi’s colleagues either at the ministry or at OKACOM secretariat, which would have disqualified them from conducting the interview as they were conflicted. Molefi could not be reached for comment.

Under the OKACOM Agreement, Article 5 of the OBSC Rules and Procedures specifically addresses conflicts of interest. It reads: “All OKACOM members  shall declare any actual or potential interest that may be in conflict with any work undertaken under the auspices of OKACOM; Conflict of interest includes “conflict, relating to the procurement of goods, services and infrastructural  works whereby a member has direct or indirect interest that could accrue material and financial benefits“;

Where a member declares any actual or potential conflict of interest, that member shall not be allowed to inform the decision making process in the subject matter;

Members shall not use their positions to promote the individual interests of their respective country or institutions to the detriment of the Basin;

Communication regarding conflict of interest shall be communicated to the Secretariat”.

After numerous futile attempts to alert OKACOM and government officials to the anomaly, including the now suspended Permanent Secretary to the President Carter Morupisi, about the controversial appointment, Dikgomo has launched a legal battle to expose the conflict of interest.

OKACOM advises the three riparian states (Angola, Namibia and Botswana) about the best possible use of the river’s natural resources. Last week Ministers from member countries who convened in Gaborone on Thursday for the OKACOM meeting (running from 5-6 September 2019) were never told about the controversial appointment that threatens to embarrass the multi-national organization before their sponsors. OKACOM is supported through international funding partners including the Swedish International Development Agency (SIDA), United Nations Development Programme (UNDP) and others.

Botswana and Namibia are two of the driest countries in Southern Africa, and the Okavango River plays an important role not only in the lives of local populations residing along the river, but also at national level. Water-based tourism is the second largest foreign currency earner for Botswana, and most tourism activities are centred on the delta system, which forms part of the larger Okavango River system. The river sustains over half a million people who use the plant and animal resources found in the river to support livelihoods. For Namibia, the “Kavango River” as it is known in that region, drains along the city/town of Rundu and provides support to riparian communities’ livelihoods through a diverse set of ecosystem goods and services. The Okavango Delta has rich biological diversity and is internationally recognized as a site of ecological importance. It has, as a result, been declared a RAMSAR Site (a wetland of international importance).

The OKACOM Agreement (1994) commits the member states to promote coordinated and environmentally sustainable regional water resources development, while addressing the legitimate social and economic needs of each of the riparian states. The three countries recognize the implications that developments upstream of the river can have on the resources downstream. Most of the river is currently undeveloped and is recognized as one of the few “near pristine” rivers in the world.

In early 2007, OKACOM reviewed its organizational structure to bring it in line with the Revised SADC Protocol on Shared Watercourses, and gave the Okavango Basin Steering Committee (OBSC) formal status, recognizing it as a permanent and formal internal body of OKACOM with defined functions, roles, responsibilities as well as operational procedures.