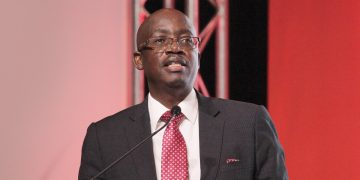 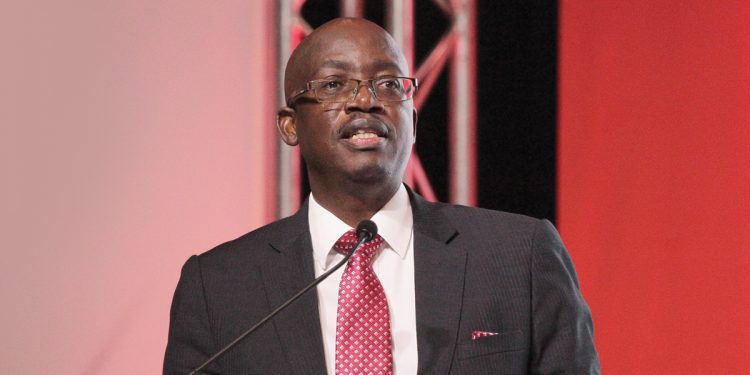 There used to be a time, decades past, where the process of constitutional making or review was neglected with a lot of weight being given to the content of constitutions. It is only in recent times that popular participation in constitution-making has been accommodated.

In decades or centuries past, as typified by the Philadelphia Convention which drafted the US constitution or the German constituent assembly (called the parliamentary council) after the second world war, there has been considerable distrust of the direct engagement of the people (and doubts about their ability to understand complex issues of the purposes, forms and structure of state power) The response was ‘representative democracy’.

The above perspective is changing with the growing recognition that the people hold sovereign power; and that consequentially, if sovereignty is indeed vested in and flows from the people it is natural that they should determine how it should be delegated and exercised. The emphasis on popular sovereignty is no doubt a response to the claim to and abuse of sovereign power by numerous government in recent decades. But there are also more pragmatic reasons for popular participation.

The right of the people to participate in the conduct of national affairs, that includes formulating their constitution is recognized by many international legal instruments including the Universal Declaration of Human Rights of 1948.

It is difficult to cite an example of a perfect or flawless constitution making. Perhaps such does not exist. Each country takes a path dictated by its circumstances and the power dynamics and other under currents in society or the body politic. Each country takes a path that best suits its circumstances. Occasionally, the dominant political elite imposes a path that best serves their interests.  Examples of where there was commendable effort to genuinely involve the people are South Africa and Kenya – and even then the extent of involving the ordinary person is varied and even contested.

Whenever a discussion on the issue of citizen’s participation is engaged it is important to remember that the making of a constitution is an intensely political matter that involves power dynamics in society. Quite often there is contestation between the incumbents who hold the levers of power and their political adversaries and civil society and other formations who may have their own views on the process and the content of the constitution making.

It is also important to appreciate that constitutions are primarily about political authority and power within a state; where it is located, and how it is conferred, distributed, exercised and limited among the separate organs of the state and in relation to its subjects. Constitutions deal with both the substance and procedures regarding these matters.

The above  principle was given further effect by Article 24 (a) of the 1966 UN international Covenant on Civil and Political Rights which entered into force in 1976, providing that Every citizen, shall have the opportunity … to take part in the conduct of public affairs either directly or through freely chosen representatives. This principle forms the basic relationship between citizens and state. When it is set out in a national constitution, it results in a contract between a government and its people.

The status of most written constitutions is that they are ‘the highest law of the land’, overriding all ordinary legislation. Thus, the creation and reform of a national constitution is vital for lasting peace, good governance and stability of a state and should ideally be an honest expression of a national consensus.

The process of constitution making should be designed and carried out in a way that strengthens national unity and a sense of national identity. It will not achieve this unless it is an inclusive process in which all feel involved – and not just those who have been engaged in party politics. This means that all aspects of national diversity should be acknowledged and reflected in the process, including religious and linguistic diversity. The process, and the constitution that results, should be a springboard for the future, rather than the culmination.

Properly done, an inclusive participatory and people centred process may serve to bring society together and cultivate pride in being Batswana first above all else. If there is sincerity and good faith promoting national cohesion and unity can be achieved through a fair and transparent constitution making process.

The process of constitution making or review must act as a catalyst for constitutional ownership, especially if the constitution making is designed to involve nation-wide debates and discussions and to discover the concerns of all the people, not just those of the elites or urban populations. A constitution building process can have a powerful impact on society and politics by empowering the people. If inclusive it acknowledges their sovereignty. It can serve to increase their knowledge and capacity; and prepare them for participation in public affairs and the exercise and protection of their rights into the future.

Theoretical and conceptual framework –  “ we the people”, the elites and democracy – in constitution making theory

Most theories of constitution-making emphasize the role of public participation in constitution-making and contends that a peoples driven process enables citizens to input their aspirations in a document that would govern their lives. An alternative position stresses the importance of elite cooperation during constitution-writing for the creation of a consensus among the main political forces about the constitutional rules that would regulate democratic competition.

The most traditional and still very influential theory of constitution-making emphasizes the role of the people as the sources of sovereign power.This theory was born out of the great revolutions of the late eighteenth century and presupposes a radical rupture with the pre-existing political and legal order.  As Thomas Paine summarized it, “a constitution is not the act of a government but of a people constituting a government.”

The idea of the people as a collective author of the constitution was subject to different conceptualizations in the American and French revolutionary traditions. Whereas in America “the People” was understood as a plural association of preconstituted territorial entities, in France, “the nation” was conceived as a single collective.However, in respect to how the People should express its will, revolutionary theories were inspired in a republican view that usually rejected direct forms of citizen participation. For this reason, the popular origins of constitutions often referred to a founding principle that could be satisfied by representative channels, such as the election of a constituent assembly or the ratification at a referendum.

In regard to how citizens should be involved, contemporary advocates of participatory constitution-making take the idea of popular authorship as critical. This requires a direct input by the people not acting through intermediaries or delegates. It is therefore important that as far as practically possible the technical committees drafting the constitution must give effect from the views of the people. On this point some observers of the 2013 Zimbabwean process accused the drafting committee as drifting from what the people said – and they called the drafting committee the drifting committee.

It has been argued that direct citizen involvement in the making of constitutions increases public awareness of accepted behaviour under the new constitution, which, in turn, enables citizens to monitor elected officials and prevent transgressions.Some works have hypothesized that participatory processes, in particular the popular ratification of new constitutions, are likely to lead to the formal expansion of rights and reforms strengthening citizen influence and control over representatives. Others have proposed that participatory constitution-making may induce reformers to impose more constraints on government authority.

A perspective that differs from both the traditional constituent power doctrine and contemporary theories of participatory constitution-making highlights the importance of legal continuity, gradualism, and, above all, the central role that negotiation and deliberation among political elites should have for the foundation of democratic constitutions.

According to some scholars, the central features of a democratic constitution-making process should include: (i) agreement on the rules that will govern the process involving the elites and the people; (ii) selection of a constitutional review commission and the chair by the elites and the people, (iii) civic education, (iv) consultations, (v) referendum and (vi) certification.

The hypothesis that makes the most sense is that active citizen involvement in constitution-making may provide reformers with an incentive to expand citizen rights. Ratification referenda, for instance, create some constraint on the decisions that reformers can make. If reformers know or anticipate the preferences of those who have the power to accept or reject their proposals, they have every incentive to satisfy those preferences beforehand.

Public participation is more problematic than is usually acknowledged. It is therefore useful to discuss briefly some aspects of participation before turning to the specific components of the process.