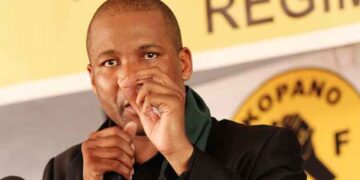 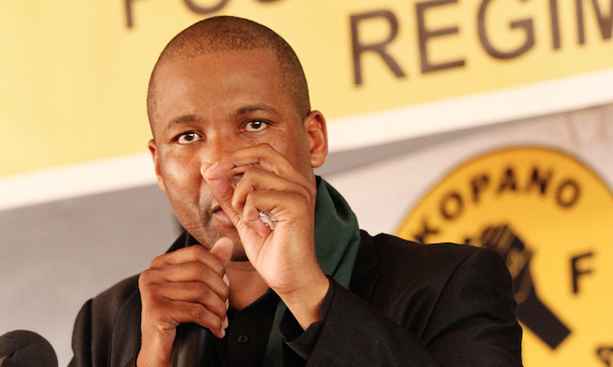 Fear Fokol has been at the center of a heated spat between BNF and Botswana Congress Party (BCP) members, the youthful cabal initiating attacks on Umbrella for Democratic Change (UDC) vice president Dumelang Saleshando.

BNF Secretary General Moeti Mohwasa distanced the party from the self-proclaimed Fear Fokol group which associates itself with defending the BNF leadership,  especially president Duma Boko. On Friday, Mohwasa said the Fear Fokol is not a structure inside BNF but it just a group of detractors who create an impression that they are a faction in the partytherefore disrupting the coalition, UDC. “We are going to be hard cracking down the Fear Fokol, which is causing trouble in our party. BNF constitution doesn’t allow factions and anyone who brings factionalism will be expelled. The UDC decided to shut down all its social media pages that cause much indiscipline,” he said.

Furthermore, he said BNF to instill discipline and restore dignity in the party has ordered the auxiliary bodies, all regions and constituencies to take disciplinary actions against detractors. Mohwasa who is also UDC Head of Communications in the letter written to the structures said BNF cannot allow the UDC project and BNF to be destabilized by indiscipline. “It has come to the attention of the party leadership that there has been some bitter and ugly exchanges between our members and some other members of the UDC in particular, BCP. This behavior and conduct is also intra. We have an obligation to protect our gains,” Mohwasa fumed.SEE ALSO:

He therefore instructed the structures to immediately setup disciplinary committees where none exist, right from the ward to the regions and take stern action against errant members.

Asked about the interest of Gaborone based prominent lawyer Gabriel Kanjabanga’s interest of contesting for BNF presidency, Mohwasa buttressed that Kanjabanga is not a member of BNF. He noted that Kanjabanga is one of the people who was expelled from the party long time back. “Kanjabanga knows well that he is not our party member and he is barred from contesting. He was expelled for indiscipline together with other members such as Kagiso Ntime. Everyone who is BNF member in a good standing is free to contest for any position for central committee,’’ he said.

Despite BNF saying that he is not the party member, defiant Kanjabanga has publicly declared that he will contest for the BNF presidency alongside Duma Boko and BNF VP Dr Prince Dibeela. Furthermore, BNF Publicity Secretary Justin Hunyepa said BNF is stable denouncing possibilities of factions to be supreme in BNF going to highly contested elective congress that is in the offing. Hunyepa is of the view that BNF is stable and will emerge from the elective congress resilient.

University of Botswana (UB) political analyst Mokaloba Mokaloba said the troubled BNF should brace for potential split or instability brought by Gabriel Kanjabanga and the Fear Fokol faction. Mokaloba said BNF should not take lightly the decree by Kanjabanga that he will join the race for BNF presidency adding that his differences with BNF end up in courts of law. “The issue of Kanjabanga is just starting and may prove to be long battle between him and BNF. We look forward to an interesting battle between Dibeela and Boko lobby lists. Kanjabanga is more of an outsider,” he said.

He went on to say the Fear Fokol wields much power and he does not see BNF expelling them. Mokaloba opines that BNF leadership has not summoned any of the Fear Fokol members for their outbursts but rather to suspend social media accounts which is more of general approach. To this end, he said the Fear Fokol remains to continue haunting BNF and UDC going forward.