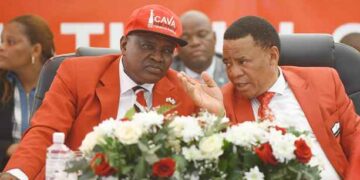 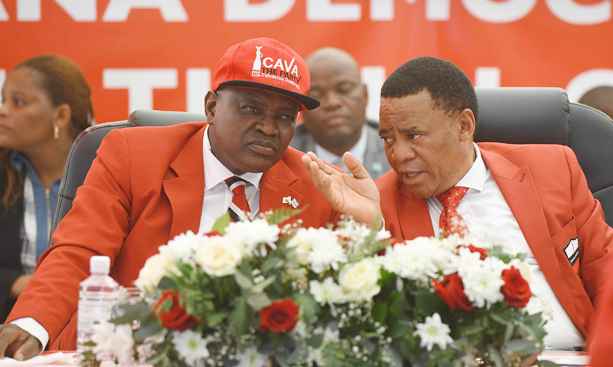 Botswana Democratic Party (BDP) has been in power since independence in 1966. That is a period of over half a century. It seeks another term and it is perfectly entitled to do so as do other political parties. It is important to recognise and appreciate that it has done well under trying circumstances to bring Botswana where she is. But to be in power for so long in and of itself breeds complacency, arrogance, fatigue and a serious dereliction of duty. The current state of the political and socio-economic standing of the country is in my view, the result of arrogance, fatigue and serious dereliction of duty.  Consequently and in the process, citizens suffer the most in terms of receiving the full social justice benefits they would otherwise receive if there was no such serious dereliction of duty. I am not interested in blaming the Presidents of the BDP but the institution and the brand called the BDP.

Arrogance is borne out of the sheer account that the party is ruling and whatever good motions/ideas  from the opposition are ignored on account that they could elevate the opposition profile. I need not tabulate them because they are common knowledge. Fatigue in the sense that important national issues are not treated with the urgency and the speed they deserve. Parliament, which has become subservient to the executive has for example, failed to investigate the shenanigans surrounding the National Petroleum Fund scandal whose funds it authorised. The BDP ganged up to frustrate any motion that sought to investigate this matter. Serious dereliction of duty would encompass the failure to attend to for example, the runaway corruption that has become the way of life.

In the Presidential debate held on 16 October 2019, it emerged that the BDP is challenged in so many fronts with respect to fulfilling its mandate as a ruling party. Chief among these challenges and as conceded by the President of the party are the secretive nature of the agreement between Botswana and the De Beers Group. Rre Ndaba Gaolathe confirmed albeit with no rebuttal from the President during the debate that even parliament is kept in the dark about the agreement. One feels rightly or wrongly that there is more in this agreement for the BDP than it is for the nation. It was also confirmed that the economy of the country is firmly in the hands of non-Batswana. It is mind blogging that Batswana, and by virtue of the fact that this economy belongs to them and should therefore play a tangibly evident role to better their socio-economic circumstances, play very little to no significant role in it. How and why is this so given that the BDP has alone, been in power for over fifty years?

Corruption under the BDP has remained unattended to for as long as one can remember. The latest figure released by the Director General of the DCEC is that over P 5 billion of public funds have disappeared and mysteriously so if I may add. Just how could P 5 billion believably, disappear under the BDP’s watch and authority? I guess it should be reasonably easy to trace the paper trial if there is no attendant complicity of some sort in the BDP. Corruption like I have said somewhere in this conversation, has become a way of life in Botswana. The DCEC has not caught and convicted the big fish of the corruption world yet such fish is in our midst and in abundance given the extremely high levels of corruption. In this regard, it tells me that the BDP is not doing something right in corruption fighting except the usual and tired ‘we are fighting corruption’ slogan. While the Assets and Liabilities Act has come to pass, it was evident from opposition parties in the presidential debate and in parliament that it leaves a lot to be desired. I need not repeat the inadequacies in this law because they are common knowledge as well. Very little if anything, will be attained through this law. Those required by law to make declarations will still do so to their political principals thereby making the whole exercise a mockery of justice. Just why should one make a declaration to a politician amongst others? It’s a joke of the century in corporate governance.  Why has the BDP lowered the corruption fighting bar this low?

The President of Botswana is above the law as evidenced by Sections 41 and 47 of the Constitution. In this respect, it is not difficult to imagine how the powers conferred therein could be seriously abused. The easiest example is the recent decision by the President that he, and him alone, has decided to reinstate workers dismissed in 2011 after the public service strike. The relevant trade unions representing these workers have according to Botswana Nurses Union official on one of the private radio stations on Thursday, neither been consulted nor engaged on the matter. There are several legal implications to the President’s decision which on the face it, have not been dealt with. Is this re-employment which would suggest that the dismissed are employed as first and new employees or re-instatement where they are paid their back pays and other attendant benefits they would have lost?   The sitting President is alleged to be involved in some corruption/abuse of office with respect to the NPF and the CMB scandals. It is difficult or should I say impossible that the President can be subjected to any form of investigation to establish if these allegations are true or not. This state of affairs (that of the President being above the law) is not good for democracy, the Rule of Law, accountability and transparency. Why has the BDP allowed the President of Botswana to be above the law? The intentions of this law, good as they may have been back then, have long been overtaken by events given the unfolding events. In this day and age, there is no reason why we still have a Motswana who is above the law. Such a person cannot rationally be expected to uphold the Rule of Law regardless of pronouncements made thereto and that he himself or herself is above the law.

State institutions like the DCEC, DIS, IEC, Ombudsman and others are still housed under the office of the President. This issue was raised in the debate where the President responded by saying that this is how the law stands. Fair enough. He failed to convincingly commit that the status quo will change by reforming these institutions and by removing them from his office. The location of these institutions, appointments of their heads and other related matters have been raised by both opposition politicians and the general public but the BDP has remained unmoved. The end result is that these institutions are susceptible if not, to manipulation and influence by the politicians. The BDP has allowed this situation to be perpetuated for time immemorial because predictably, it has served it very well for political expediency.

I have argued before which I still maintain that most Botswana’s problems are as a result of painfully lowering the leadership bar. In fact there is no longer any bar to refer to. And this bar is lowered right from the top political leadership level to the boards of parastatals amongst others. Just like it is the case for the country, parastatals leadership is in shambles with the entities performing so poorly. Most of them are on the verge of collapse if they have not already collapsed. Integrity in leadership is a rare  commodity leading to no consequent management across the leadership hierarchy. This leadership decay has been largely promoted by arrogance, self-preservation and a serious dereliction of duty as stated above.

It is incontrovertible that the BDP could close BCL mine and in the process render about 5000 people jobless. And this was a decision taken by the BDP without the consent of parliament as it has become the norm under its rule. As a political campaign tool, the party somersaults under unexplained reasons to suggest that it intends to re-open the mine. It is important to mention that competent individuals and bodies richly endowed in mining had advised and correctly so, that it would be catastrophic to close BCL mine. The catastrophic consequences are there for even the blind to see.

The morass Botswana finds herself in, in whatever form or shape, is the result of the BDP having dropped the ball not once, twice but several times. The party has been largely reactive and less proactive in many instances hence the morass which seemingly and at best, is being solved if any, by short cuts and unsustainable measures. The BDP is an institution and a brand that has run its race that needs some introspection and soul searching outside the seat of power. Apart from populist and self-centred view that it is the only party that has the wherewithal to take Botswana forward, the socio-economic circumstances of her citizens largely suggest otherwise. It is somewhat of a movie I have watched before and whose script is still the same. Botswana is spoilt for choice with regard to other citizens taking the baton from the BDP. The argument that no other party is competent to rescue Botswana is seriously flawed to the extreme. I am prepared to be persuade otherwise as always. Judge for Yourself!