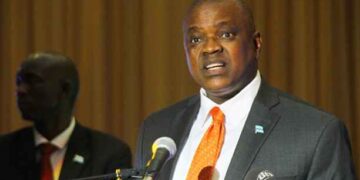 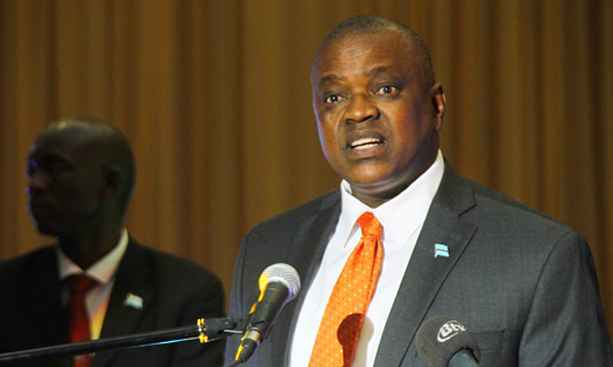 A narrative has been conveniently created by some in our midst albeit falsely in my view that Batswana have suddenly found their voices on political and socio-economic issues ever since President Mokgweetsi Masisi’s administration came into office. The narrative continues to suggest that Batswana have been freed from the years of ‘bondage and slavery’ that existed under the administration of the former President Ian Khama; that a culture of freeness now obtains where people are no longer afraid of the DIS to talk freely; that the Rule of Law in all its manifests in respect of good governance, accountability and transparency has finally taken charge and so on. Really? The unfolding turn of events in some respects and in my view suggest otherwise. My arguments hereunder explain this view.

But first things first! It is not in dispute that the Masisi administration is fully in charge; that a different style of running the country is truly with us; that it is not strange that such style has emerged because Masisi is different from Khama; that given the levels of contempt some Batswana held the Khama administration with are too happy to have seen the back of him and so on. When an abusive manager leaves and a new one comes in, it is only fair and natural that you will have great expectations of the incoming. But it is not a given that the incoming manager will be better than the outgoing. He may be worse off than the outgoing. Remember the fanfare that dispatched Robert Mugabe and welcomed ED (Edson Mnangagwa)?  I am one of those who wanted to see the back of Khama soonest because I was convinced, much as I am still today, that Botswana has substantially regressed in almost all fronts under his watch. Much as I agree and resigned to the reality that a new sheriff is in town, I am not attracted to the view that Batswana have during Khama’s administration been muzzled in any form or shape not to openly voice their displeasure in political and socio-economic issues or anything else for that matter.

I personally started commenting on political and socio-economic issues through the newspapers late in 2014 when many other compatriots and non-compatriots had done so long before me. To this day, most of these individuals still comment critically and otherwise about Khama’s administration. Almost all the same voices that were seriously critical of Khama’s running of the country on various subjects on radio talk shows are still there and continue to do so albeit in measured strength and tone this time around. These voices have never been muzzled. People were just consumed by the fear of the unknown which is described as ‘the fear of anything that is beyond one’s comfort zone.’ Every newspaper extensively exposed and wrote on all major political and socio-economic issues including but not limited to: the infamous Electoral (Amendment) Act 2016 which sought to amongst others bring in Electoral Voting Machines (EVM); the Presidents’ Retirement and Pensions Law which was believed to have been specifically meant to benefit Khama; Morupule B power station and its failures; Palapye Glass factory and its failures; exposing to the embarrassment of the BDP government runaway and institutionalised corruption like the P250 m National Petroleum Fund scandal; BCL closure; the Kalafatis murder and the Khama’s pardon of his killers; the  ‘law-unto-itself’ DIS. The list is endless. Batswana and everybody who chose to speak on these issues did so. Therefore anybody who suggests that Batswana have now found their voices to speak freely as a result of the Masisi administration coming into office is pitifully false, exaggerated, false, and misleading.

The now measured tone is conveniently avoiding to ask why, against the suggestion that the Masisi administration is premised on the Rule of Law, such rule is patently and selectively used. The Permanent Secretary to the President, Carter Morupisi, is allegedly surrounded by corruption allegations. While other compatriots so surrounded by similar corruption allegations have correctly been hauled before courts, persons like the PSP have seemingly been spared the rod given allegations against him. There are allegations that DCEC investigators who were investigating the PSP allegations have been transferred to other government ministries. In short, his allegations are never going to be tested elsewhere if these transfers are anything to go by. There is a tired narrative that Masisi’s opponents are fighting him because they are corrupt and therefore fear the might of the law. The measured tone conveniently forgets that since the grand corruption occurred under the BDP, those who were in close proximity to power whether they are now in Masisi’s corner or not would have benefitted from it one way or the other. Given the political turmoil in the BDP, it is conveniently suggested that only those party members who are not on Masisi’s slate are the beneficiaries of corruption and should be punished. The alleged P 3 million Masisi is reported to have benefitted from the NPF scandal is somewhat put on the back banner. But the Rule of Law becomes seriously and painfully inconsequential when it becomes selective.

I was taken aback when Khama was conveniently criticised by some for ‘airing Botswana dirty linen’ in his recent interview with the SABC while conveniently forgetting what Rre Mogae said in Tanzania in 2014 at the African Leadership Forum. He said, “….The current leadership has lost direction and was leaning more and more towards dictatorship. Khama’s government has become intolerant of debate, criticism and hostile to any dissenting voices…” I concurred with Rre Mogae then as I still hereby do. My point is that both former Presidents heavily criticised the sitting President while abroad but the emphasis seems to be on Khama than Mogae presumably because the latter has endorsed Masisi.

There is reason for doing so. Firstly, every leader who comes into office in the aftermath of an outgoing and disastrous administration would receive a great deal of goodwill from the public. And Masisi is no exception. When former President Rre Festus Mogae took over from Rre Masire, he was hailed as Botswana’s saviour because he was for example, an economist par excellence. He came in with a bang that those who owed the National Development Bank should pay and that he was not afraid of losing elections because of this position.  When Khama took over from Mogae, there was a lot of goodwill underpinned by the understanding that Khama was a disciplinarian, a soldier who took a no for an answer. By the time he left, he had got under the skin of most of those who extended him the goodwill. Now that some Batswana feel that they have just emerged from his painful era of misrule, it is generally believed that Masisi is the Messiah. But one thing people conveniently forget to appreciate is that Masisi operates under the same executive powers that his predecessors including Khama exercised. He (Masisi) is still protected by Sections 41 and 47 respectively of the Constitution where the former protects him from any kind of litigation and the latter where he can if he wishes, take any decision on anything without consulting anybody. State institutions are still under Masisi’s grip like they were under Mogae and Khama.

Nothing much if any has changed from the Khama administration. Just recently and under the Masisi administration, the Guardian newspaper dated 1 March 2019 reported that a P900 million tender that was awarded on the 18th December 2018 at the Ministry of Health and Wellness ‘has been hit by a tender procedure scandal involving millions of Pula’. Such occurrence would be associated with the Khama administration. Masisi’s administration is reported to be refusing to avail Parliament the forensic audit report on Citizen Entrepreneurial Development Agency (CEDA). Premised on the understanding that this report was commissioned during Khama’s administration in 2012, one would have expected that Masisi would readily and willingly release it for transparency and accountability purposes, the virtues he has led us to believe underpin his administration. But lo and behold!

Given the above, what am I therefore saying? I am saying that the narrative that Batswana have suddenly found their voices after the Masisi administration came into office is pitifully false and unfounded. Those who mustered the courage to speak on radio talk shows or write in newspapers have done so and remain to do so. Yes, some have had it rough like Edgar Tsimane, Reginald Richardson, Outsa Mokone and others I may not be aware of under Khama. Yes, Khama’s administration has stifled the private media in one form or the other. But generally speaking, Batswana and non-citizens have freely spoken in the past and continue to do so. The argument that Batswana are not afraid of the DIS to speak freely is questionable if not debateable. I repeat: even at the height of the Kalafatis’ murder furore, Batswana were still talking freely about it. If you were afraid to speak like I have said above, it was because of the fear of the unknown. The DIS and other State security institutions still operate under the same legal frameworks under the direction of the political leadership. Only the President as the appointing authority and the DIS head have changed. All else fundamentally remains unchanged. The DIS is still going to spy on our telephonic conversations where such conversations could be a threat to national security. And it won’t tell you that it is monitoring your conversations, telephonically or otherwise.  Because some of us are deeply gripped by the euphoria of the new sheriff in town, we have chosen to ‘See no evil, Hear no evil, Speak no evil.’ Judge for Yourself! Send your comment to: adamphetlhe08@gmail.com