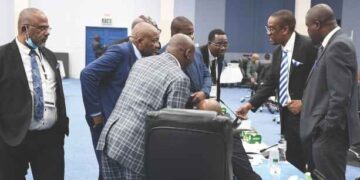 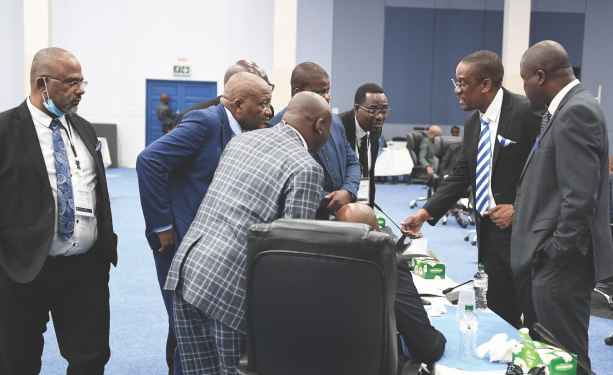 The extra-ordinary sitting of parliament/general assembly at Boipuso Hall to debate the motion on the President’s request for a six months state of emergency to address the Coronavirus pandemic was during those sittings, more of a political event than dealing with the pandemic itself. I expected it! The debate, particularly between BDP and UDC Members of Parliament was not in large measure anchored on the seriousness of the pandemic but on the BDP MPs on one hand, trying to have the motion adopted while the UDC MPs were trying to ensure that it doesn’t pass. And this is why the Speaker kept on reminding the house, repeatedly and correctly so, that it was taking its eyes off the ball.

It was clear from the onset that the UDC stood no chance of collapsing the motion given the numerical advantage of the BDP. This majority has just emerged from an election and consequently therefore, it was highly unlikely that it could turn against the President. In the meantime, the UDC adopted a futile filibustering strategy. That said, it (UDC) was presented with a golden opportunity to make a political statement when it was announced early on the second day of the proceedings that MPs had been exposed to a nurse who had tested positive to the Coronavirus the previous day. Politically speaking, this announcement should have sprung the UDC into action whereat it could have informed the Speaker that it was ending its participation on the motion as a precautionary measure to comply with the Coronavirus guidelines of acting promptly and responsibly as soon as one is aware that they have crossed paths with a confirmed positive individual. But the UDC stayed put.

The UDC would also have reasoned that it is taking the announcement very seriously in the context of the Coronavirus pandemic by asking the Director of Public Health to take them into quarantine or self-isolation forthwith. For the UDC to have remained in the hall the whole day after the announcement is puzzling let alone being complicit to not observing the Coronavirus protocols. Further to this, it must be remembered that it had been agreed that a meeting of some sort would have preceded the sessions where other issues would be thrashed out. The BDP it emerged, reneged on this meeting where the Speaker was taken aback by the turn of events. No plausible explanation for reneging was offered.

It will be interesting to hear why the UDC opted not to walk out when a confirmed danger of a person who had tested positive and who had screened them the previous day, was publicly made. On a purely political basis and on account that the Coronavirus issue in parliament had become a political issue, the UDC should have walked out in protest just like the BDP walked out on Hon Taolo Lucas motion on the establishment of a social justice commission in early March this year. Was the UDC afraid of walking out under some fear of a back-lash that it would have politicised a serious emergency health issue? I don’t think so because it is in agreement with the global and local protocols on fighting the pandemic with respect to extreme social distancing; quarantine/self-isolation; washing of hands and the current lockdown. What the UDC is against and from what I think emerged at Boipuso Hall, is the political trajectory the BDP intends to pursue to fight the pandemic. That is, it is against the six months state of emergency as opposed to it’s (at the very least) progressive implementation of the same.  This political trajectory unavoidably leads to political considerations which themselves lead to policy responses to fighting the pandemic. So while it could be conveniently argued that Coronavirus issue shouldn’t be pursued along political lines, it is a political issue.

As a tool available to political parties in parliament and which tool is always used as some form of protest, walking out of the UDC would have been perfectly in order. I accept however that it reserves the right to walk out or not. Kindly persuade me to abandon the views contained herein.