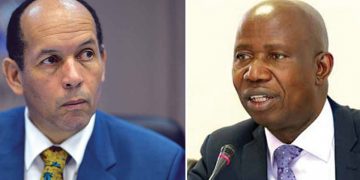 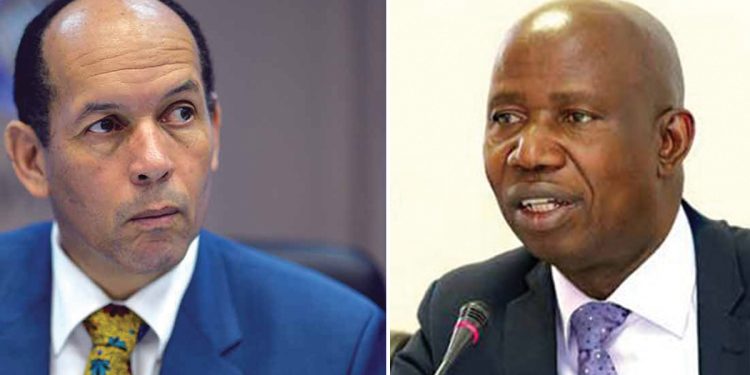 ‘I am contesting the Presidency. I am a BPF member’- Guma

Information gathered by The Patriot on Sunday is that the central committee is deeply divided by the developments. Tshekedi, who is the Member of Parliament for Serowe West, is said to have been unsettled by the return of Moyo who is positioning himself for the presidency. Further compounding matters is that some within the party, presumably Tshekedi’s camp, are suspicious that Guma never acquired official membership of the party. Even then, Guma remains unfazed.

Both Tshekedi and Guma are front runners for the BPF presidency to replace the suspended Biggie Butale.

Tshekedi’s inner circle are said to be worried by Guma’s influence after he addressed a  fully packed BPF star rally in Tamasane and Mmadinare last weekend. The former Tati East MP, is said to be gaining a lot of support from members of the central committee, a move which has rattled Tshekedi camp.

In an interview on Thursday, Guma confirmed his plan to contest the BPF presidency. The former BDP chairman, who recently returned home from a self imposed exile in South Africa said he has long campaigned and finished, adding that he believes he will triumph.

Asked about the alleged rift between him and Tshekedi, Guma said everything is just going well. “My relationship with TK is very good. I have not had any differences with him. He is the Secretary General of the Organisation and therefore my leader too. I am obliged to give him all the support. Respect for leadership is key in particular if one aspires to lead a fast growing organisation. Politics is a way of life. I had visited structures in the country and was invited to speak at Tamasane which I did, “said Guma, who is said to be gaining lot of support from the BPF youth league members too.

In an interview on Friday, Tshekedi said the BPF constitution dictates that for a member to contest a NEC position, he or she should be a member of the BPF for two years, therefore the criteria should apply to everyone including Guma. “I don’t have any problems with Guma or any member who want to contest for NEC positions but as the Secretariat I am following what the constitution dictates. I am not against Guma. But one thing to say is that I have been in the Secretariat for five months now but I haven’t seen Guma’s membership. I am not saying he is not the member but I haven’t seen his BPF membership,” said TK.

Tshekedi denied that he abuses his power to deal with members who have shown interest to contest for the presidency, labelling such people as liars. He insisted that the BPF is a united party and it won’t tolerate actions of some members who are trying to bring instability and confusion.

Political and Administrative lecturer at University of Botswana (UB) Dr Adam Mfundisi said the internal instability and factionalism that emerges within the BPF are worrisome because it is a new political outfit created towards the 2019 general elections hence factions can be destructive.

He also said the leaked audio outburst that has been making rounds on the media between BPF spokesperson Lawrence Ookeditse and TK, the MP is troubling and shows cracks within the BPF. “Conflict resolution mechanisms must be designed and implemented to avert disintegration of the party. And the instability should not scuffle the unity within opposition parties,” he added.

Meanwhile, another political analyst Lesole Machacha concurred that factions although they are testing the character of BPF whether it’s a solid party can harm efforts of opposition unity. Machacha said it is important for BPF to ensure that all members have equal opportunities.

“It is bad to be like the senior positions are only reserved for some certain individuals whereas others are just tried to be subjected to being nothing. BPF factions could harm it as it has been the case with other opposition parties. As new party, it should be avoiding conflicts,” he added.

Tshekedi buttressed that he does not have any problems with Guma pertaining to their past differences, while Guma openly criticized him while he was the minister of tourism. He cited the matter when his ministry through Botswana Tourism Organisation (BTO) wanted to open at tourism office in Dubai but Guma as a Chairman of Public Accounts Committee (PAC) at time crushed the idea forcing the ministry to withdraw its decision to setup the office in Dubai.

“I don’t have any problem with Guma as some people believes so. He was very critical of me when I was minister of tourism. He interrogated me left right and center he even made sure that we don’t open offices in Dubai. But all that was for the good benefit for Botswana,” he said.

Also at some point while he was the chairman of parliamentary committee on Statutory Bodies and Enterprises, Guma took a swipe at Tshekedi warning him that he must know he isn’t above law. Guma’s warning to TK followed his decision to snub the committee after it summoned him to appear before it to explain reasons which led to the  sacking of the then BTO Chief Executive Officer (CEO), Brian Dithebe after he was told to leave office before allegedly to the instruction directed by TK.

“No one is above the law and he is bound to obey instruction of this committee,” said Guma at a time.