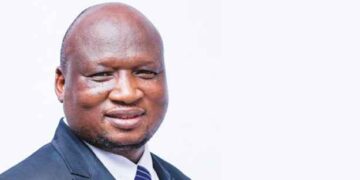 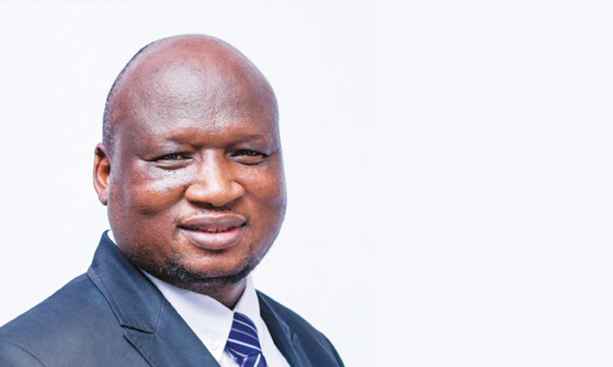 Outspoken Umbrella for Democratic Change (UDC) MP for Palapye, Onneetse Ramogapi, has denied claims that it is only a matter of time before he dumps the coalition to join the fast growing Botswana Patriotic Front (BPF).

Ramogapi has been said to be under the radar of BPF, the offshoot of the ruling Botswana Democratic Party (BPF) as the party seeks to consolidate its control in the Central district. The marauding BPF led by its patron, former President Ian Khama on Thursday continued its recruitment drive in central district welcoming hordes of new members from BDP in Boteti East.

According to the sources close to developments, BPF is eyeing at least three (3) MPs from UDC. Ramogapi won Palapye constituency in 2019 polls crushing Moiseraele Goya of BDP and former Permanent Secretary in the Ministry of Health Dr Kolaatamo Malefho who represented the BPF.

In an interview, Ramogapi told this publication that he is aware of growing hearsays that he is on the brink of jumping ship to join BPF but dismissed such rumours as a plan by haters to cause confusion in UDC. He said he is dedicated to his longtime political home Botswana Congress Party (BCP) and UDC.“UDC members from GaMmangwato who resigned to join BPF do so voluntarily. I don’t want to believe that BPF recruits them like it is peddled. No one from BPF has ever approached me including Khama. We work well with BPF MPs in Parliament,” he said.

Further, he said the Leader of Opposition (LOO) in Parliament Dumelang Saleshando is assured of his future in UDC stressing that he will be with UDC until 2024 polls. “I am happy at UDC and people are just peddling false rumors about me leaving the party. I respect the party’s caucus decisions in Parliament and I attend all meetings that LOO calls without fail. A UDC councilor who joined BPF in Palapye did so voluntarily,” he asserted.

Ramogapi also downplayed allegations that his working relationship with councilors is sour. He observed that BPF is intensifying recruitment drive across central district targeting BDP members a development which he said should not scare UDC that BPF will also raid it too.

BPF Spokesperson Justice Motlhabani said BPF has no intention to recruit Ramogapi from UDC. He said BPF as party is yearning for solid opposition unity ahead of 2024 elections hence there is no way they can target MPs from opposition adding that their main target is to destroy BDP. “We are aware of the rumors that we are recruiting some of UDC MPs from central district. It is clear that our MPs in parliament are working so well with UDC ones and Mmolotsi of AP. This narrative that we are after UDC MPs is false and peddled by some in BDP to divide us,” he said.

Motlhabani also said BPF is on the process of securing a formal working relationship with UDC.

Ramogapi is bringing to Parliament a motion that is related to UDC 2019 general elections manifesto pledge of P3 000 minimum wage as he wants internship graduates to earn P3 000. His motion proposes that Government should consider to review internship allowance from P1 300 to P3 000 putting into consideration that the cost of living is going up on every life aspect. “Starting next week Tuesday the transport fares will be going up and this would make life more problematic for the lower paid working class. Government should move promptly to review the internship stipend so that it suits the graduates who are holding degrees,” Ramogapi averred.

He said he expects parliament to speak in one voice to address salient issues that affect youth.

For and against Ian Khama 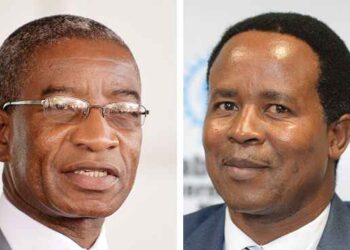 For and against Ian Khama