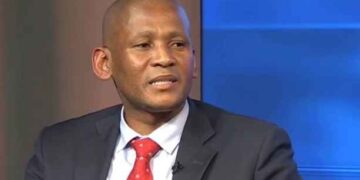 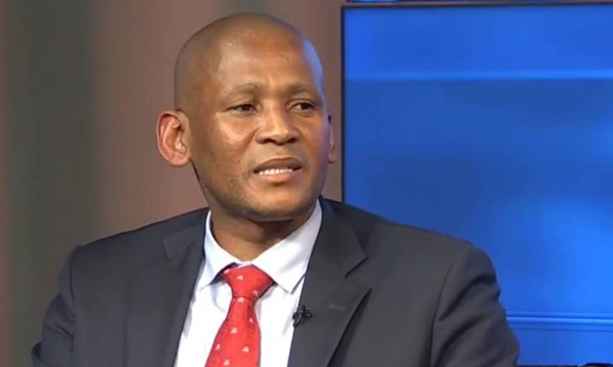 It always has to start somewhere. For Professor Mosepele Mosepele, the journey was a vicarious experience in the Operating Room at the Mahalapye District Hospital.   As Martha Henry aptly quotes Professor Mosepele in a 2014 Harvard T. H. Chan School of Public Health article, it was a simple fascination with “people dressed up all in blue with big lights hovering over patients like in a TV show”.

Incidentally, the name Mosepele means journey in English and from that vicarious Operating Room experience Professor Mosepele’s journey into the medical field had thus begun. His resume speaks volumes of the man who in the wake of COVID-19 that is currently causing havoc in the world would become one of the focal persons in the fight against the virus.

When the President, Dr Mokgweetsi Masisi, established a National COVID-19 Taskforce, among the brains and health experts he brought together was Professor Mosepele as Deputy Coordinator of the Taskforce. He was plucked from the University of Botswana where he is Acting Deputy Dean, Research and Graduate Education in the Faculty of Medicine. Professor Mosepele is also an Associate Professor of Internal Medicine and Infectious Disease and Head of Medicine in the Faculty.

Prior, he had served as senior lecturer in Internal Medicine, Infectious Diseases and Clinical Epidemiology for almost four years. But where did all this start? In an article titled: Dr. Mosepele Mosepele: Coming of Age with the Epidemic, Martha Henry writes that Professor Mosepele’s journey into the medical field began while he was in pre-school.The epidemic then was the HIV/AIDS pandemic and with the advent of COVID-19, Martha Henry could not have been more apt in her profile of Professor Mosepele.   In the article, Martha Henry describes a young Mosepele leaving home to school every morning with his mother who was an Operating Room (OR) nurse at Mahalapye District Hospital. If she had an early operation, young Mosepele would sit in an office with a window overlooking the OR. Though only five years old, the boy would watch the surgical team operating. “People were dressed up all in blue with big lights hovering over the patients like in a TV show,” remembers Mosepele. “It didn’t scare me,” he said. “I was fascinated.”

The doctors in Mahalapye were mostly male Europeans, mainly from Scandinavia. “I admired them,” said Mosepele, “but I thought, why aren’t local people doing this? Maybe I could try it.” While still in preschool, he decided to become a doctor. Martha Henry writes that Mosepele came of age in Botswana at the height of the AIDS epidemic.   “In the 1990s, the people of my generation remember our middle school and high school teachers getting sick and dying. Some of my favorite teachers passed away. You would go on school holiday and come back and they would look very different. And before the end of the school term, they were gone.”   At the age of 19, Mosepele spent his year of Tirelo Setshaba (national service) working in the pathology lab at Princess Marina Referral Hospital in Gaborone.

Then, because Botswana did not have a medical school, he attended the University of Melbourne in Australia to earn a joint undergraduate degree in medicine and bio-medical science.   He returned to Princess Marina Hospital and, a year and a half after finishing medical school, became Head of the Infectious Disease Care Clinic. Martha Henry also writes that in his training in Australia, he had seen only one patient with HIV. Now he was in charge of one of the largest AIDS clinics in Africa, providing treatment to thousands of patients. It was demanding work, but he thrived.

After his clinical experience, Mosepele went to the Hospital of the University of Pennsylvania for his internship and residency in internal medicine. While in Philadelphia, he worked in the Prison Health System, providing HIV care for inmates. Security was tight. Prisoners were brought into the examining room, which had a Plexiglas door so that guards could see in. “It was very challenging,” said Mosepele. “Unfortunately, many of the inmates suffered from mental health issues, or IV drug use, or other risky behavior.” He wore a panic alarm to pull if a situation became threatening, but he never had to use it.

Martha Henry describes Professor Mosepele as a professional who “combines the hard-driving intelligence of a top researcher with the warmth of a friendly internist”. Professor Mosepele would then graduate from a fellowship in Infectious Disease at Massachusetts General Hospital and Brigham & Women’s Hospital in Boston and then a Masters in Clinical Epidemiology at the Harvard School of Public Health.   Professor Mosepele’s research interests cut across the entire spectrum of HIV-continuum of care and its complications with focus on stigma in HIV testing and treatment uptake. Such researches also focuses on the role of treatment partners for people living with HIV who are engaged in